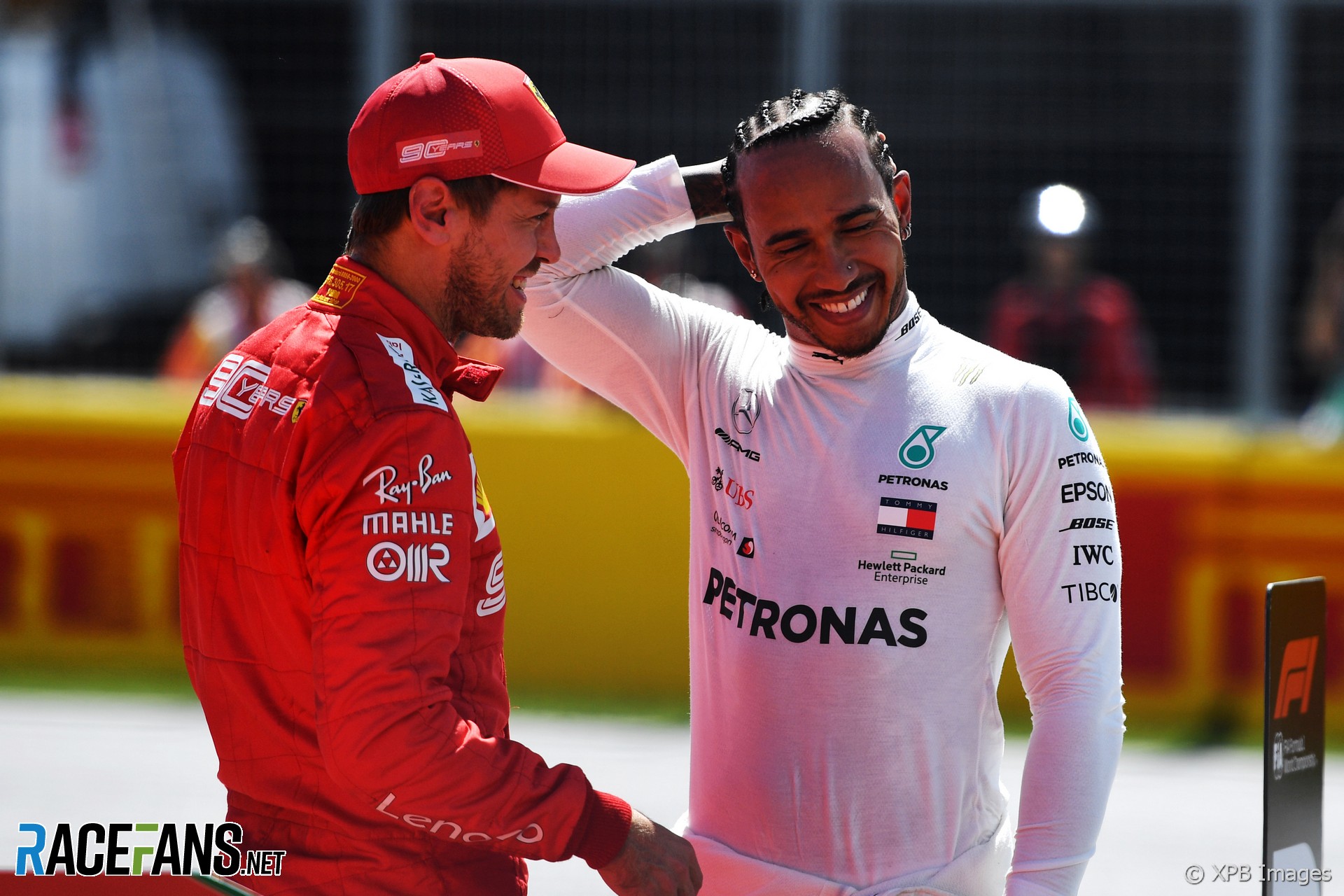 Qualifying for the Canadian Grand Prix serves up a great result for the neutral, and there’s no shortage of off-track intrigue as well, as @DieterRencken reports.

Up and about. I’ve slipped into a 9pm-430am sleep rhythm fairly effortlessly, which will help the recovery process when I’m back home on Tuesday.

After morning routines, checking emails and catching up on global news, I head out for the Circuit Gilles Villeneuve, named, of course, in honour of Canada’s F1 legend. En route I have an uneasy feeling that something is missing from this grand prix weekend. As I cross multi-lane Pont (Bridge) Cartier the Olympic rowing basin comes into view, and it hits me: No F1 raft race this year.

True, we did without a raft race for around 20 years, but after Liberty acquired F1’s rights they promised to return some fun into peripheral aspects of the sport, and thus 2017 saw the return of the raft race, with the F1 teams, the FIA, Liberty and the media all entering squads. Another edition was staged last year – yet, this year there’s no such event.

Breakfast in the media centre dining room – pastries, fruit salad, orange juice and coffee. Then I take a walk through the paddock – due to the curfew there’s little activity, but where I do find folk, the talk is mainly of the 2021 regulations and their implications. Where folk are publicly positive about the sporting regulation changes, there are a number of private concerns about the proposed technical regulations.

On the flip side I discover that there was little push-back from teams about excluding team travel and accommodation costs from the proposed $175m budget cap as this ensures that teams are not forced to skimp and save by insisting on budget bed and flight bookings for long-suffering race staff.

I discover that FIA president Jean Todt is due at the circuit – his travel schedule seems even more gruelling than that of the most hardened team members – and that piques my interest, for I had heard earlier that there was a renewed push to delay ratification of the 2021 regulations, planned for the 14 June World Motorsport Council meeting, until October.

While in Montreal Todt is scheduled to dedicate the new control tower to his much-missed technical lieutenant Charlie Whiting. But the president’s presence would be crucial at any meeting called to discuss delaying the rules process. Worth looking into after final practice. 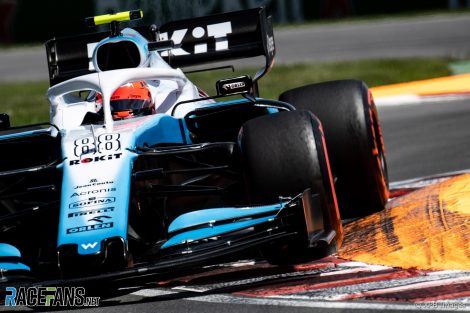 Sebastian Vettel leads the final hour of practice, raising expectations of a Ferrari challenge in qualifying. I have a 12:30 interview scheduled with Jonathan Kendrick, founder and chairman of Williams sponsor Rokit, so I quickly grab lunch – braised lamb, spuds and veggies – before making my way to the team’s hospitality. Before the interview starts I tuck into a Magnum Strawberry – the team has a freezer full at every race, courtesy of sponsor Rexona, owner of the ice cream brand.

Kendrick proves entertaining company. For all that’s gone wrong at Williams this year, the team has done well to acquire an enthusiastic backer prepared to play the long game win spite of their struggles, and I sincerely hope the partnership returns Williams to on-track respectability sooner rather than later.

En route to the media centre I stop a few times to check out the delay rumours, and spy a number of team bosses huddled together. Such scenes usually imply that something is in the air, and thus I consult a senior team member about the rumours. He goes into non-committal mode – which says nothing, which speaks volumes…

I also check out the raft race situation: A Liberty spokesperson confirms it won’t be happening. Why so? “It’s not on the schedule…” 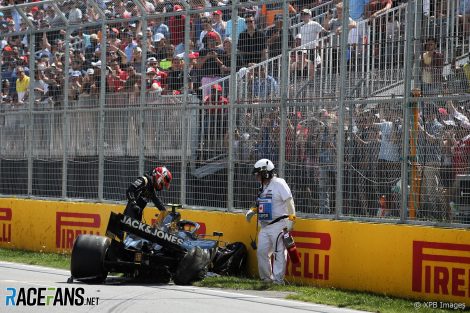 Qualifying serves up a treat for the neutral. Mercedes have a proper fight on their hands as Vettel takes pole position, and Lewis Hamilton seems genuinely pleased by the closer competition.

Max Verstappen’s failure to reach Q3 means he is out of position on the grid through no fault of his own. The uncompromising Red Bull driver’s charge through the field should be something to behold.

Interview time: I draw the Red Bull quartet, McLaren’s team debrief, and Dave Robson (Williams). There must be something about Canada that makes today’s sessions more relaxed than usual: everybody seems rather light-hearted, with their responses being both entertaining and informative. I’d noticed the atmosphere during Thursday’s FIA press conference, and the moods seem to have continued.

The final pieces fall into place on what’s going on with the 2021 rules, so we have sufficient information to pen our piece on the regulatory delay. Once published I pack up and head for the car park. It’s been a long but rewarding day.

The Canadian Grand Prix is a must-visit: world-class city with wide choice of accommodation, great circuit, knowledgeable fans, relatively inexpensive flight hop from Europe, and, above all, a wonderful atmosphere.