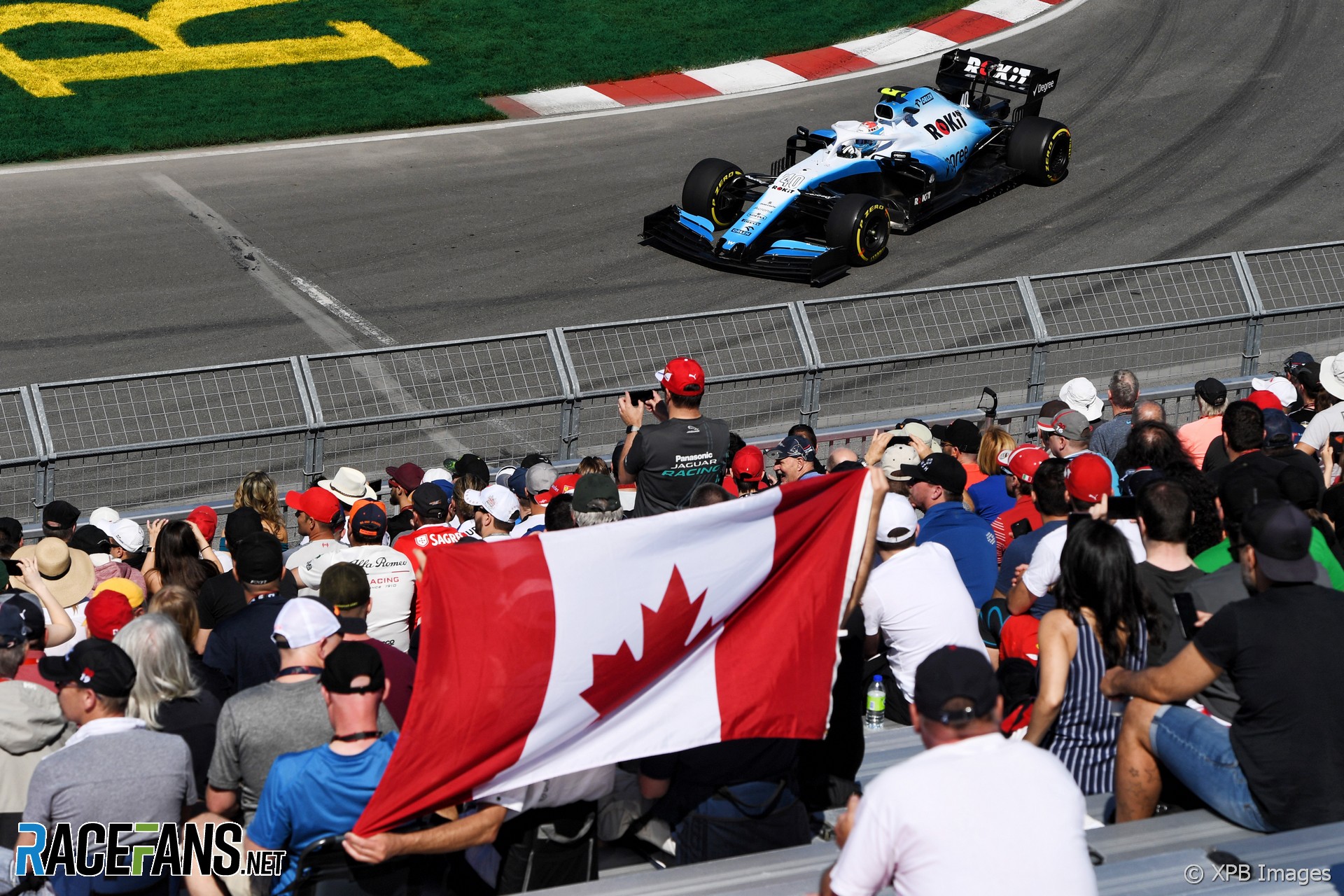 More details of F1’s plans for 2021 emerged last weekend including a further cut in testing and compulsory Friday practice outings for junior drivers. @DieterRencken sends his final report from the Circuit Gilles Villeneuve.

Alarm tells me it’s race day. Download the Sunday papers to check out the real world, then go through morning routines. Overnight the transcript of my Andreas Seidl interview arrived, so I peruse it as I reflect on our chat. I’m looking forward to bringing the lowdown on the man whose mission is to return McLaren to the sharp end. Stay tuned.

Depart for circuit. An early lunch is scheduled, so I skip breakfast and arrive at circuit 30 minutes later. Traffic is lighter than previously, but security seems more stringent – so my elapsed journey time is about the same. Despite the early hour – six hours ahead of the race – and light support programme the fans stream in, with sunny skies adding to the festive atmosphere. Wonderful.

F1’s plan to delay the 2021 ratification process until October is the overriding topic of discussion this weekend, so that’s my immediate target. Written unanimous agreement is required from all parties – 10 teams, FIA, Liberty – and I discover that at least four teams are conditionally digging in their heels: (alphabetically) McLaren, Renault, Sauber and Williams, with others said to be undecided.

Basically, the independents are demanding that the financial regulations as outlined here are adopted ‘as is’ and not diluted during the postponement, which seems fair enough as the regulations are already softer than initially proposed. Horse trading remains much in evidence throughout Sunday. 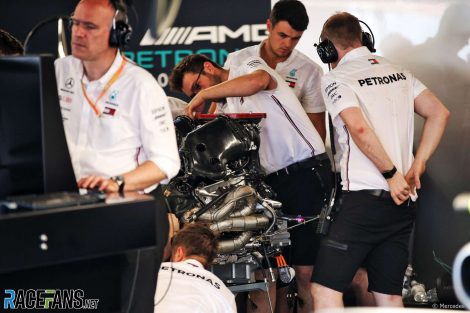 I’m told a hydraulic leak has been discovered on Lewis Hamilton’s car, and that it’s under repair. I later discover that a similar (but not identical) replacement hydraulic unit has been fitted, giving rise to post-race suggestions that Mercedes car and driver could be excluded. However the regulations allow a change of unit provided no performance advantage is derived from the replacement.

(Sure enough the car later passes post-race scrutineering with no problems, though by that time another drama has our attention…)

Due to meet my mate Andy, who’s flying in from NYC as guest of McLaren, but his flight is delayed. Kick heels until he arrives, chatting to various folk. I pick up, for example, that the German Grand Prix is as good as dead after July. Despite the presence of Mercedes, Sebastian Vettel and Nico Hulkenberg, the country which invented the automobile is unlikely to feature on the 2020 F1 calendar.

I also hear the first six 2020 races will be spaced a fortnight apart to provide maximum lead time for Hanoi, said to be under pressure to complete the circuit by the end of April. It seems Melbourne is listed for 15 March, followed by Bahrain (29/3) and China (12/4), with Hanoi on 26 April. Thus Zandvoort will be on 10 May and Monaco a fortnight later. Logically, then, next year’s Canadian Grand Prix will takes place on June 7th.

After catch-up with Andy I head for Pirelli for lunch with a Hungarian journalist, Sandor. As always the fare is absolutely top drawer: I go for sweetcorn/tuna salad starter, followed by 61-day aged Black Angus steak (medium) served with roast potatoes and stir-fried veggies. Vanilla ice cream served in a honeyed waffle cup completes one of the most delicious meals I’ve ever been served. Thank you Pirelli. 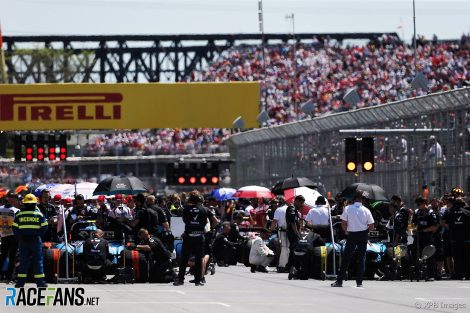 Debrief with a circle of colleagues from non-competing publications: A number of us meet regularly to swap news we’ve picked up during race weekend. By exchanging with other language/region groups there’s no conflict, and we all benefit.

Time to head for the grid – the perfect place to quiz team bosses as their media gurus are occupied elsewhere by driver commitments. I learn that from 2021 gearbox usage will be pooled for the year, and not subject to ‘consecutive use for X’ events as is currently the case. Also proposed is the requirement for all teams to run rookies on two Fridays during the season, and a reduction in testing to two three-day sessions.

As I wander the grid, the narrowness of the Circuit Gilles Villeneuve comes sharply into focus: While the number of grid passes issued is fairly static, today’s grid seems packed. By contrast, the vastness of super-stadiums such as found in Shanghai makes their grids seem almost lonely.

Race over and of course the chatter is all about Sebastian Vettel’s penalty: five seconds for swerving back on track in front of Lewis Hamilton after an excursion. While the penalty seems draconian, it’s in line with tariffs issued to ensure consistency. I have utmost respect for the three of the four stewards I know – I’ve had no dealings with the local steward, but I’m sure he’s equally capable – and am convinced they considered every angle before handing down the verdict.

Vettel should surely know by now that the best way to avoid penalties is to keep the car on the black stuff, and not make mistakes.

Interviews almost done, only Toto Wolff and the Mercedes drivers and Ferrari’s joint media debrief remain. During the Italian team’s session they let slip their intention to appeal (note – only intention), has been lodged. Let’s see whether the actual appeal is lodged, for which a fee is payable, and whether it goes all the way to the FIA’s international appeal court, or gets withdrawn ‘to enable the team to focus on the future…’

Final results issued, so I pack up and head for the car park and drive – in light traffic – to apartment, where I complete this diary, then pack up ahead of tomorrow’s check-out. Monday will be busy: plenty of writing before heading for the airport and my 7:50pm flight to Brussels.

Talk to you from Paul Ricard in a fortnight!