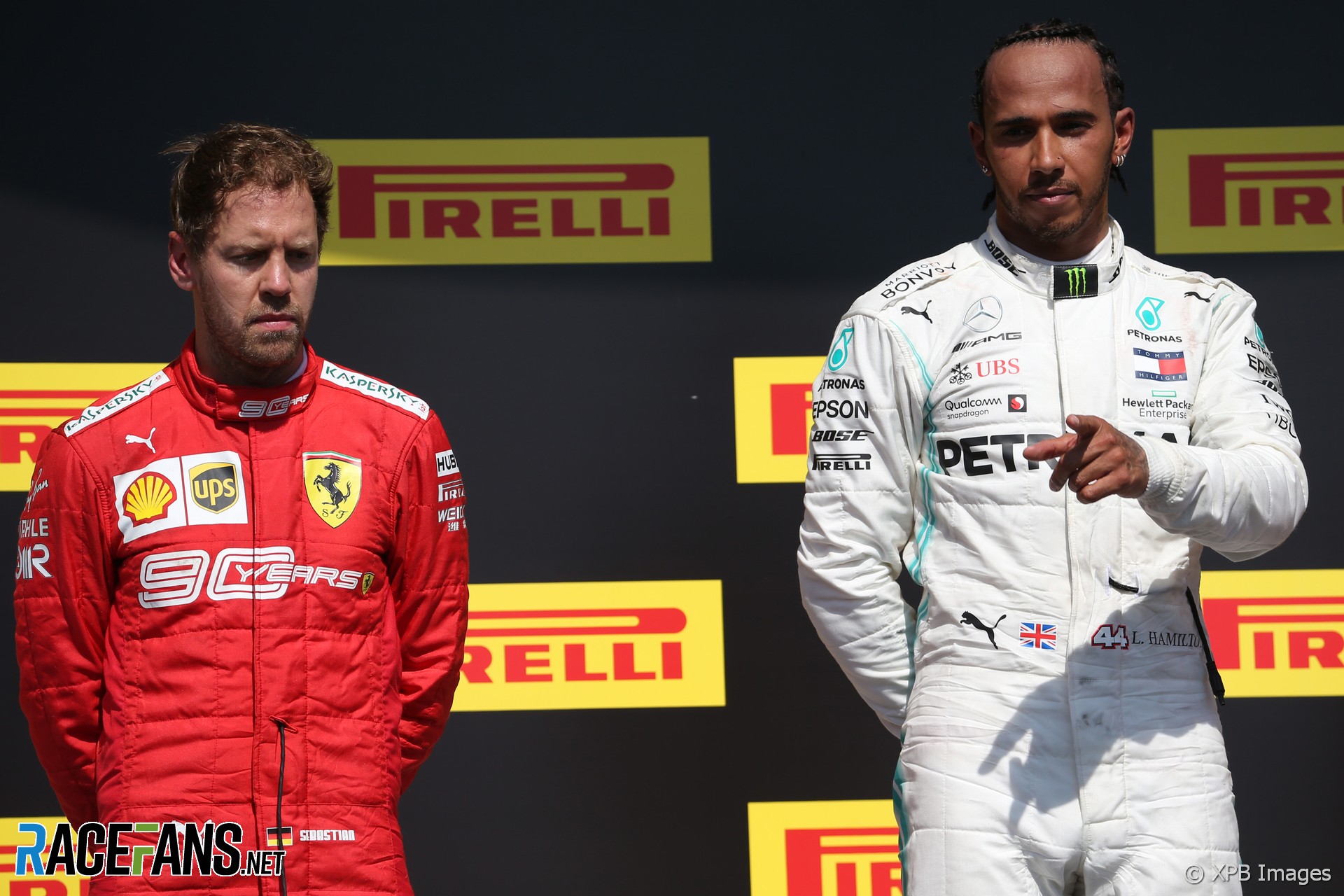 Sebastian Vettel was the first driver across the finishing line at the end of the Canadian Grand Prix – but he did not win the race.

This is unusual, but not unprecedented, in Formula 1 history. Indeed the driver who benefited yesterday, Lewis Hamilton, was the last driver to lose a win due to a post-race penalty. This was at the Belgian Grand Prix in 2008, when Hamilton was given a 25-second time penalty which handed victory to Felipe Massa.

Prior to that, 10 other drivers had also not been credited with wins despite crossing the finishing line in first place. Vettel is at least not as hard done by as Nelson Piquet, who missed out on two wins this way. He was disqualified after finishing first in his home race at Jacarepagua in 1982 due to a technical infringement. Five years later he saw the chequered flag first in Mexico but did not win the race as it was run in two parts due to a red flag; team mate Nigel Mansell took the laurels.

These rare circumstances happen with curious frequency in Canada. Peter Revson won the 1973 Canadian Grand Prix at Mosport despite the chequered flag originally having been shown first to Howden Ganley amid confusion over the introduction of the Safety Car. Seven years later Alan Jones won the race at its current location after finishing second to Didier Pironi, who had a one-minute penalty for jumping the start. The same thing happened 10 years after that: Gerhard Berger was the first driver home but a one-minute penalty for jumping the start dropped him behind Ayrton Senna.

The final case of a driver losing a ‘win’ after the race is a particularly odd one. Kimi Raikkonen was originally declared the winner of the 2003 Brazilian Grand Prix. However the race was cut short due to a red flag, and following a protest the stewards admitted they had followed the rules incorrectly and declared the results based on the completion of 53 laps instead of 54. Once that was done, Giancarlo Fisichella was declared the winner.

Vettel led 63 laps of Sunday’s 70-lap contest, prior to which he’d only he’d six laps all season.

Hamilton’s win is his third in a row and the 78th of his career. It was also the ninth consecutive win for Mercedes, which leaves them two shy of the all-time record of 11 in a row, held by McLaren. Mercedes have managed 10 in a row twice before, but this record has eluded them so far.

Sunday’s race was the first time this year the team has failed to get both cars on the podium, as Valtteri Bottas finished fourth. He did at least nab the bonus point for fastest lap.

Lance Stroll took his third points finish of the year, all of which have been ninth places, at the track where he scored his first ever points two years earlier, also with a ninth place.

But his team mate Sergio Perez took an unwanted record. His 162nd race start saw him surpassed Johnny Herbert’s record for most starts without having a pole position. Perez’s best qualifying position is fourth, which he’s managed five times, most recently at Spa-Francorchamps last year.

Have you spotted any other interesting stats and facts from the Canadian Grand Prix? Share them in the comments.