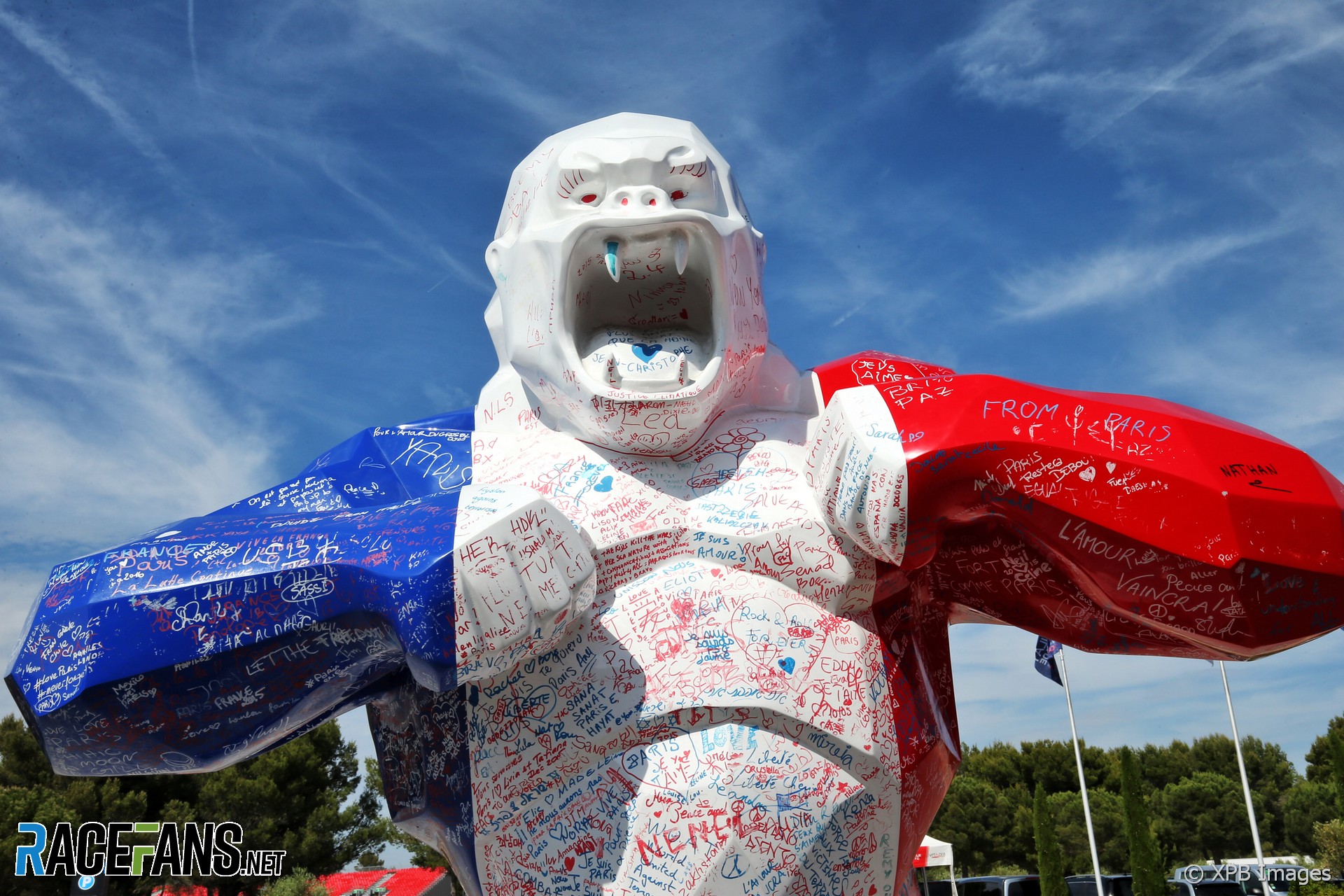 Have the French Grand Prix promoters addressed the traffic problems which ruined the race for many spectators last year? The early signs are encouraging, reports @DieterRencken from the paddock.

Depart for Brussels Airport. While sitting in traffic – one of the perks of my job is not usually being subject to rush-hour jams – I can’t help but be reminded how much of last year’s French Grand Prix weekend I spent staring at the tail lights of other cars. If the race promoters pointedly ignore all the warning signs again, I can expect more delays; if promises that they’ve worked out traffic plans in conjunction with the Waze app hold true, then all may be OK.

Encouragingly, I’m two hours up on last year by the time I’ve collected my rental car (all F1 fans benchmark their past performance with mental sector times, do they not?) Last year was a terrible experience after every car rental desk, despite having over a year’s advance warning of the date, was woefully unprepared for the event and kept us queuing in boiling sun for up to two hours. This year it’s easy – for me at least: after I arrive at the circuit I hear of delays of up to an hour.

Either Waze takes me a different route from last year – I can’t recall – or French road authorities completed their local road works, as I have zero delays and hardly any deviations. The 80km journey, along some of the most scenic roads in France, takes a little over an hour, so I’m parked up in the media area by 2:30pm, now three hours up on my personal best. 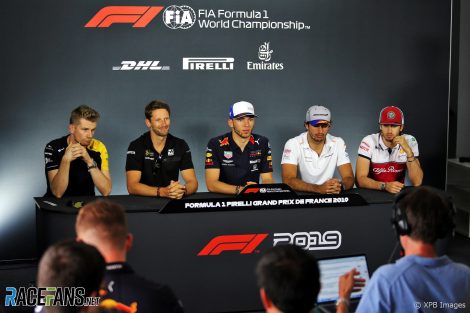 Other duties keep me away from the drivers’ press conference but I monitor proceedings from the media centre. Following the Sebastian Vettel controversy in Canada I’m surprised how many of the drivers – speaking generally, not only based on comments made during the conference – believe current rules prevent ‘hard racing’ and should be amended given they are usually the first to complain when a ‘hard’ move is pulled on them.

Let’s not forget, either, that current regulations were passed by majority votes in which their own teams have more direct input than either the FIA or Liberty, so possibly drivers should start complaining there. Therein lies a further problem: Do team bosses really wish to encourage antics that could end up costing them points and cash due to ‘hard’ racing incidents?

However, I’m gratified that in the main drivers have not blamed the stewards, but blamed the regulations. 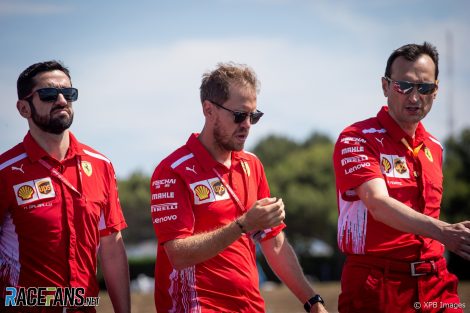 On the driver interview trail: Lewis Hamilton has been allowed to miss his media duties in order to attend Karl Lagerfeld’s memorial in Paris. His team mate Valtteri Bottas is on hand, and gives his view on why eliminating Paul Ricard’s Mistral chicane, as last year mooted by (the late) Charlie Whiting, would encourage overtaking.

I’m intrigued to learn from Bild newspaper that since the Canadian Grand Prix the intensely private Vettel married Hanna, his long-time partner and mother of their two children. With Kevin Magnussen also set to tie the knot in August, the institution seems to be in vogue F1 drivers.

Should Vettel win here – and I’m sure he’s out to make amends for last year’s first lap lapse – wouldn’t it fitting were Liberty to play the Wedding March on the podium rather than Georges Bizet’s “March of the Toreadors”? 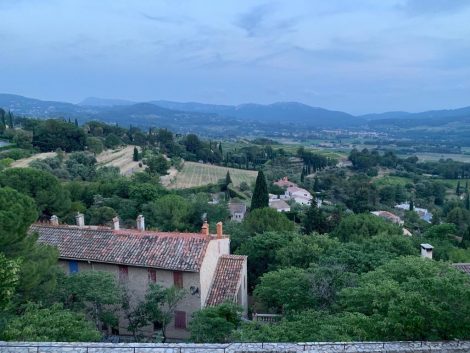 Head off for my digs, a B&B in the medieval village of Le Beausset, situated around 13 kilometres from the circuit. Waze and Google Maps have totally different opinions of the best route: The former quotes 100 minutes by taking me down the F1 Lane to Marseilles and back up country roads, while Google Maps suggests 40 minutes via the direct route. I go for the 40 minute option and arrive almost an hour later.

Clearly Waze and the race promoters need to fine-tune their system, for their route was out by 50% and almost 100km. If 13kms take an hour on a Thursday, what will the rest of the weekend be like, I wonder?

On the whole traffic control and access is a lot better than anticipated, but clearly it remains a work in progress. I’m told that due to complaints about last year’s (frankly unacceptable) traffic situation this year’s ticket sales are well down, and that could provide some relief. Still, I’m not expecting an easy ride for the next few days.

Check in – the B&B forms part of a wonderful building harking back to the 14th Century that offers a wonderful vista across the surrounding olive groves and vineyards. However, by the time all formalities are sorted its 8pm, and I’m unable to take up a very kind BBQ invitation from the Ricard family.

Instead I head into the village, and spy an empty table at Le Pied De Nez, a local restaurant that is otherwise packed – always a good sign. I settle for pan-fried merou – a local saltwater fish with firm flesh and cod-like taste – served with Mediterranean veggies on a bed of couscous and a small quiche. I skip coffee and the strawberry mascarpone, and head back, ready to turn in.