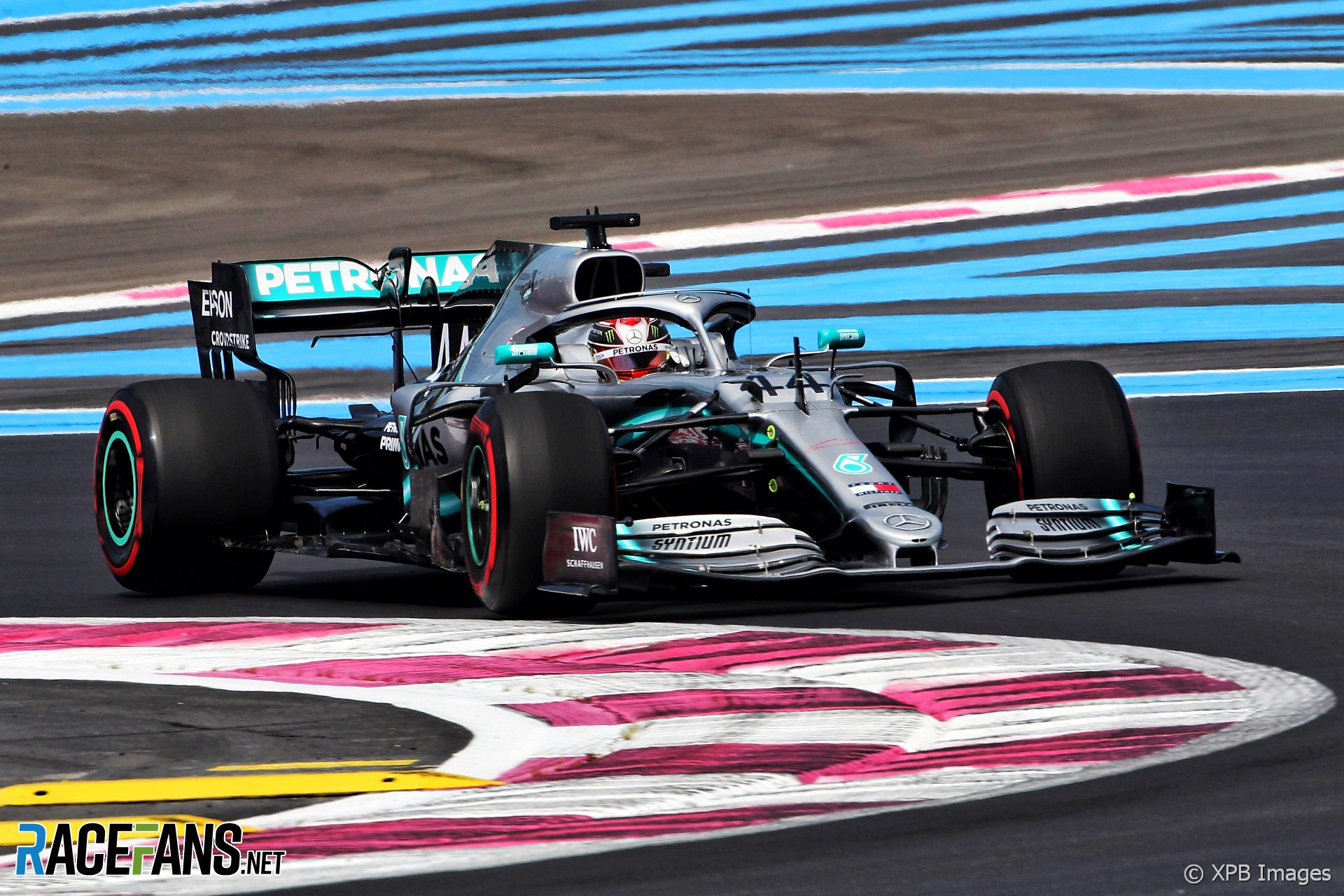 Hot weather plus new asphalt laid at Paul Ricard just two weeks ago created challenging track conditions for drivers on the first day of practice for the French Grand Prix.

The soft (C4) compound struggled especially on track temperatures which nudged towards 60C, the highest seen so far this season, and over the recently-laid sections of asphalt.

The new patches of track are very different to the other sections, as Pirelli motorsport director Mario Isola explained. “We have a circuit with three different types of asphalt,” he said. “Not very usual. One is from last year, one is from the winter, one is from two weeks ago.

“What happened is they resurfaced all the circuit in 2018. Then after the Blancpain [Endurance Series] and probably also the grand prix there were some damages in some corners. So they put patches in a lot of places. We came here in February to measure the roughness of the patches to understand if they were different from the original Tarmac.”

“But then – I’m not one hundred percent sure – it probably happened after the Blancpain this year that was three weeks ago, they put some other patches of Tarmac mainly in the centre of the corner. And this asphalt is quite different.

“It is a lot smoother than the other one with more bitumen and more oil. So I believe the level of grip on the latest Tarmac compared to the other two is different. It’s less grippy than the rest of the circuit.”

The soft tyre grained quickly on the low-grip sections of track. Any drivers who start on it are likely to pit early in the race. However, as was the case last year, the drivers in the quickest cars will most likely be able to get through Q2 using the middle compound, giving them a strategic advantage.

Other factors are likely to push drivers towards single-stop strategies, such as the lower speed limit in Paul Ricard’s tight pit lane, as Lewis Hamilton explained.

“The tyres, even though we’ve got the soft, they’re pretty hard. For a single lap, they’re really, really hard. They’re still not easy to get right in the working range for all the corners. But then on a long run they don’t like the heavy car, the soft tyre, they grain quite heavily, quite easily. So I don’t think you’ll be going very far with those tyres.

“But then the medium and the hard look quite resilient to that. The track was like 55 to 60 degrees which is the highest we’ve seen so far this year so I would hope that would mean that we can do more stops but these tyres are so damn hard that we’ll just end up doing a one stop for sure.

“Plus the pit lane is so slow at 60kph, no one wants to lose 27, 28 seconds, whatever it is, in the pit lane, so they’ll eke out out those times. So I’m not expecting to see the most exciting of duels out there because people are trying to make the tyres go as far as possible. So there’ll be lots of lift-and-coasting.”

Mercedes have begun the weekend in good shape at a track which, on paper, looked likely to suit them. The track characteristics are similar to the Circuit de Catalunya, where the silver cars had their biggest lap time advantage since 2016.

Ferrari and Red Bull have brought upgrades this weekend. Red Bull’s new Honda power unit is expected to deliver greater benefits in the race than in qualifying, while some of Ferrari’s new parts may return to the shelf until a later date. That points towards a Hamilton-versus-Valtteri Bottas fight for overall honours.