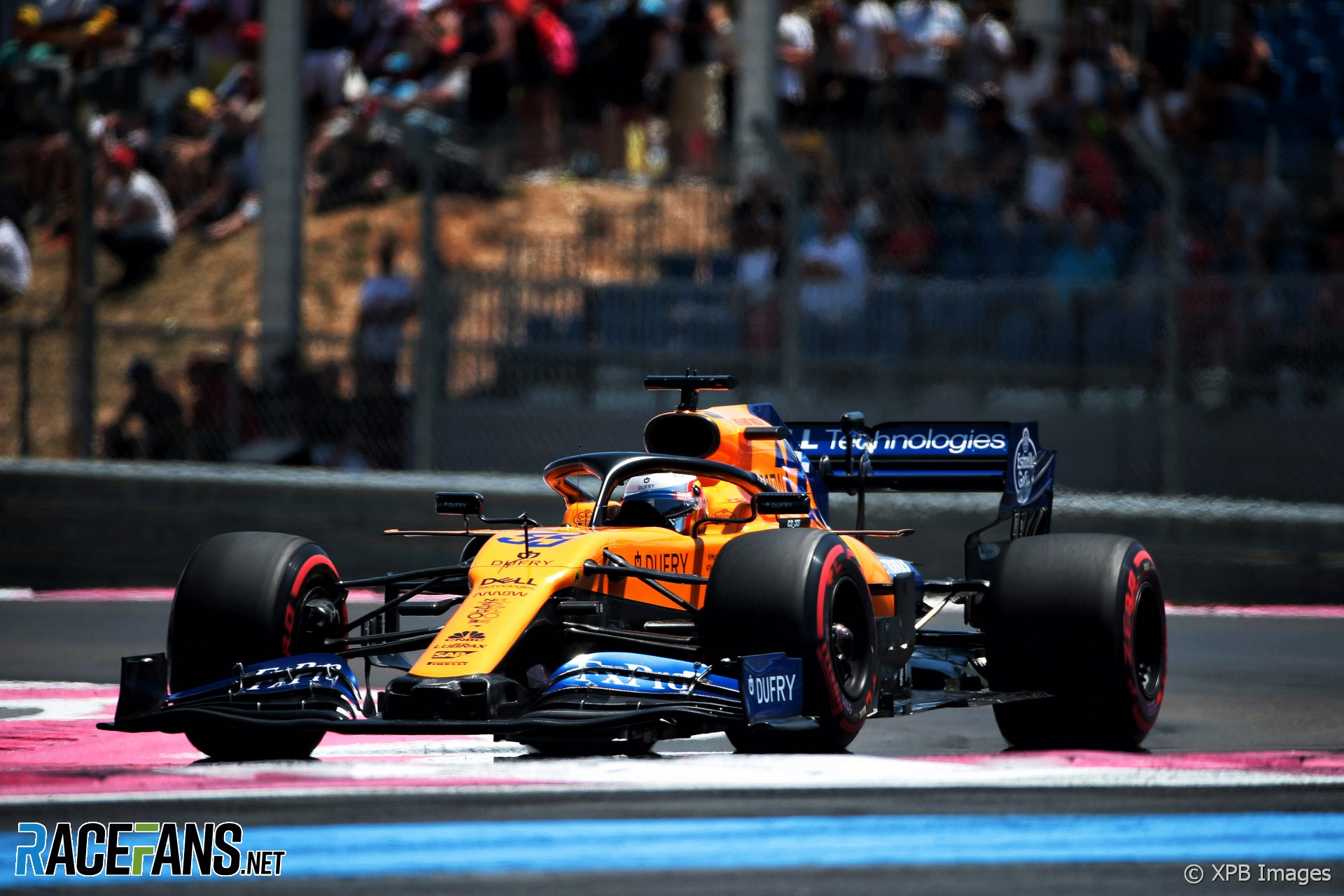 McLaren have made a huge step forward in performance at the French Grand Prix, lapping the Paul Ricard circuit three-and-a-half seconds faster than they did last year.

Twelve months ago Fernando Alonso and Stoffel Vandoorne were eliminated in the first round of qualifying in their MCL33s.

At the same track today Lando Norris and Carlos Sainz Jnr claimed the third row of the grid for the orange cars, beating a Ferrari and a Red Bull each, signalling the progress the team has made.

Every team on the grid is lapping quicker at the resurfaced circuit than they did last year. But none of them have found as much lap time as McLaren. Renault, McLaren’s engine suppliers, are the next most-improved team, lapping two seconds faster than last year.

Part of McLaren’s gain appears to be because Paul Ricard is quicker for all the teams this year. Lewis Hamilton knocked over 1.7 seconds off the track record as he took pole position for Mercedes.

At the opposite end of the spectrum Haas are just three-tenths of a second quicker than they were last year. That’s a particularly surprising result for the team which performed strongly at the Circuit de Catalunya, a track which shares some characteristics with the French GP venue.