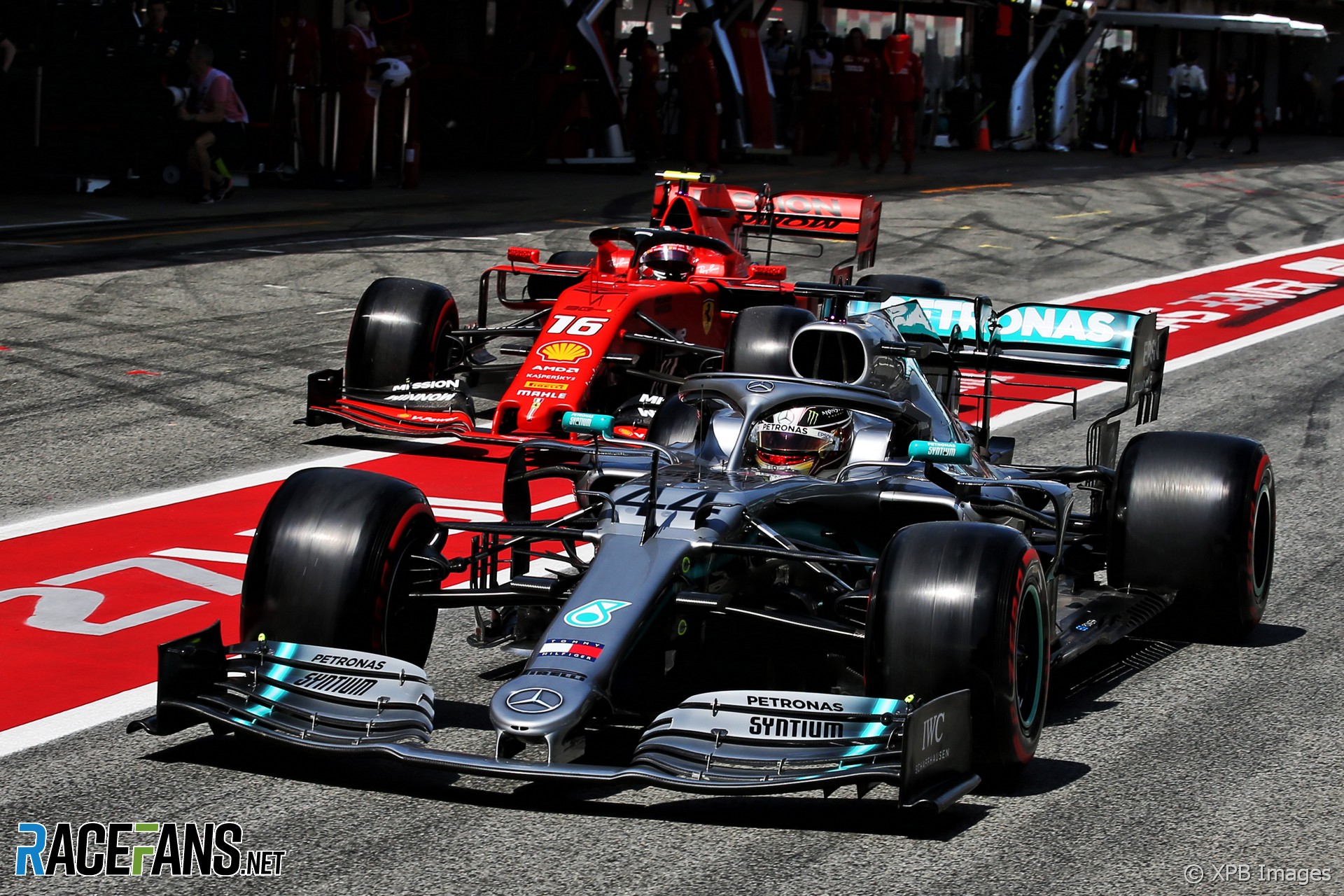 Lewis Hamilton believes part of Mercedes’ success is down to its willingness to adopt ideas from rival teams’ designs.

Mercedes have won all eight of the races so far this season, six of which have been victories for Hamilton. Speaking after his latest win in the French Grand Prix on Sunday, Hamilton said he was surprised their rivals persist with similar car designs for so long.

“It’s just interesting how you design these cars,” he said. “The goal is to have a car that works on all tracks.

“You look at the Red Bull back in the day it used to be strong, and they are still strong, in places like Monaco and Hungary. They just continue to do the same philosophy for whatever reason for whatever reason with massive rake and it appears a lot of drag which doesn’t always suit everywhere.

“Where[as] we adapt each year, we adjust the car. We’ve got quite a cool approach, we don’t necessarily think every year that we do it best. Maybe the others have a point, maybe this would be better there. It seems like maybe the other teams don’t do that, necessarily.”

Hamilton said he “definitely didn’t expect to have six wins at this point” after his car was a “disaster” to drive in pre-season testing.

“It’s crazy to think that we are where we are right now. In Barcelona, I truly believed that we had done a good job over the winter. I knew that the engine side it was a harder year for the guys back at the factory and then the car was looking good with the numbers and everything.

“We got to the test and it was a disaster to drive. And it’s really difficult to know what you’ve got to change. The first days in testing you’re supposed to just go through a process and you don’t have a lot of time to be working on the balance and trying to get the car in the window. But eventually at the end I was like ‘guys, I need to figure out where the window of this car is’.

“Fortunately we got to the place and discovered it and and it really helped unlock a lot of the potential of the car. But then obviously the first race, the gap to the Ferraris, we were not expecting. I had a bad start, and I know exactly why. And then I’ve just gone from there after that, my starts have been strong since.

“Then obviously we got to Bahrain and the Ferraris were slightly ahead yet we were in a good battle and I was thinking maybe this would stay the same.”