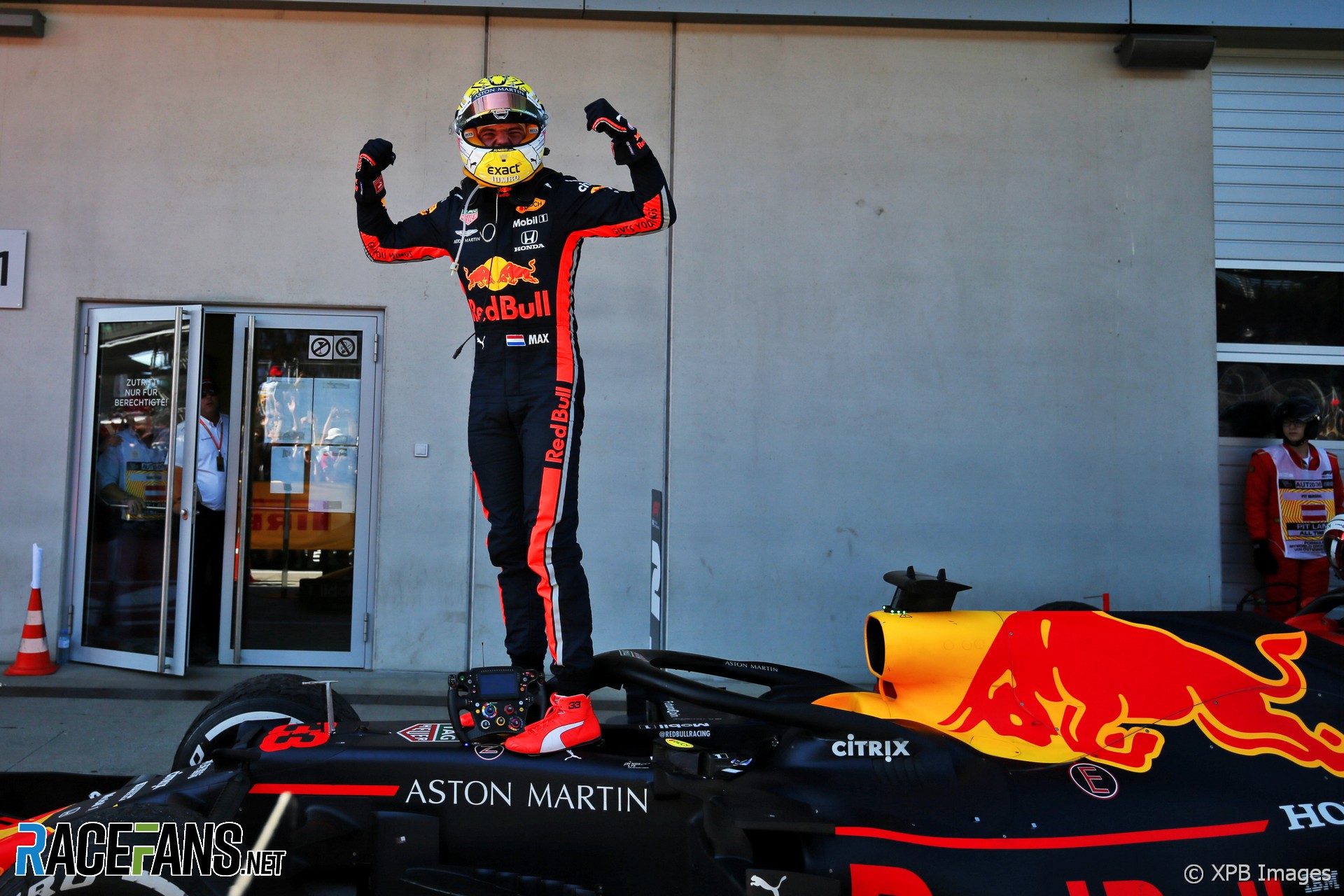 Max Verstappen has been confirmed as the winner of the Austrian Grand Prix after the stewards cleared him over his collision with Charles Leclerc.

The Red Bull and Ferrari drivers made contact at the exit of turn three while disputing the lead. Verstappen described the contact as “hard racing” but Leclerc called for a penalty on his radio after the race.

After speaking to both drivers and deliberating the issue for several hours, the stewards ruled neither was to blame for the incident.

“Car 33 [Verstappen] sought to overtake car 16 at turn three on lap 69 by out-braking car 16 [Leclerc],” they noted. “When doing so, car 33 was alongside car 16 on the entry of the corner and was in full control of the car while attempting the overtaking move on the inside of car 16.

“However, both car 33 and car 16 proceeded to negotiate the corner alongside each other but there was clearly insufficient space for both cars to do so. Shortly after the late apex, while exiting the corner, there was contact between the two cars.

“In the totality of the circumstances, we did not consider that either driver was wholly or predominantly to blame for the incident. We consider that this is a racing incident.”