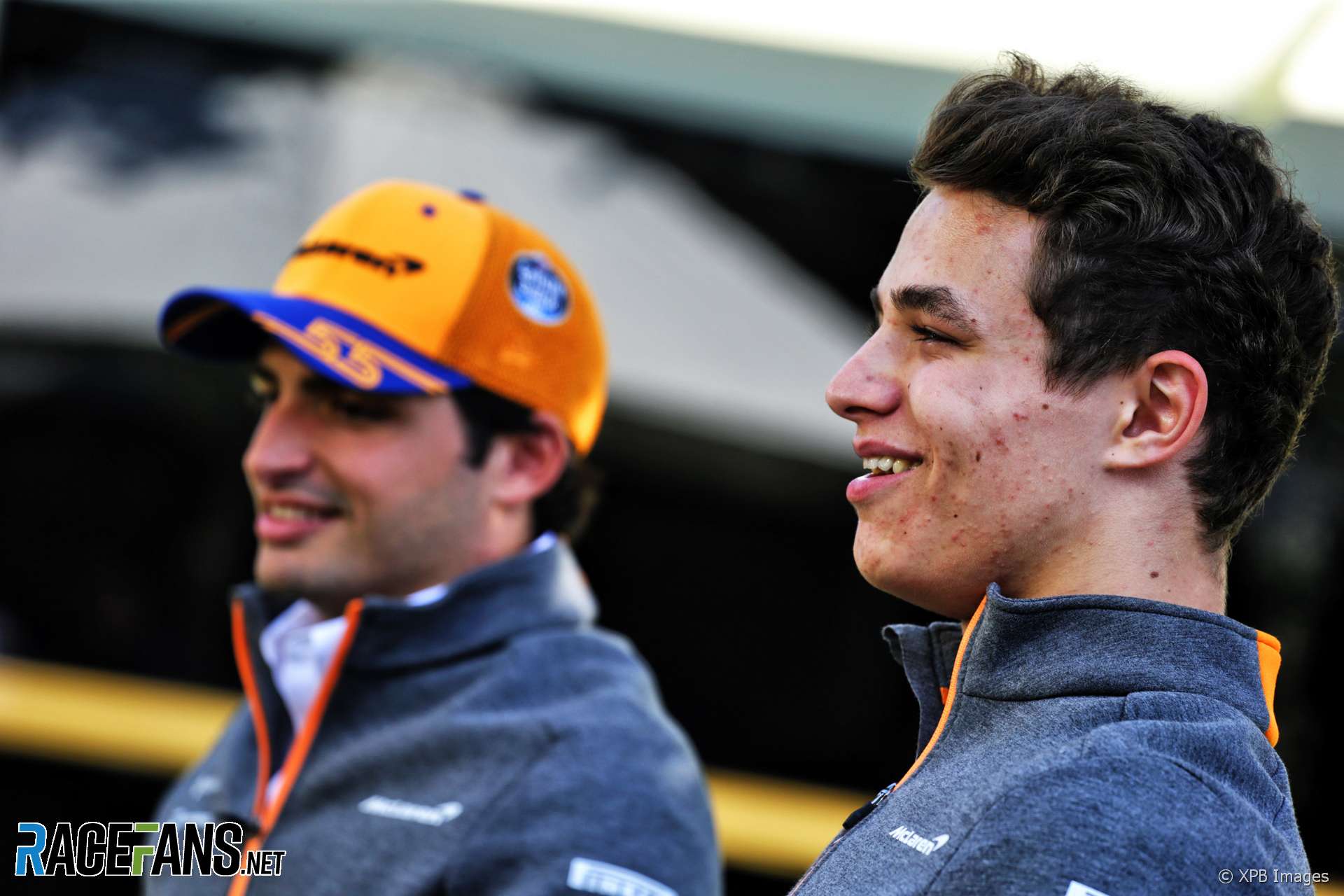 McLaren has confirmed an unchanged driver line-up for the 2020 F1 season.

Lando Norris, who has impressed in his first season for the team, will continue with them for a second season. Carlos Sainz Jnr was already known to be on a multi-year contract.

Norris has been part of McLaren’s young driver development programme since February 2017. He has contributed 22 of the team’s 52 points so far this year.

“The performance of both Carlos and Lando have been a key part of the team’s progress. Their feedback has enabled our engineers to develop the MCL34 and look ahead to the MCL35.

“Carlos has played a key role in developing the car using his experience, while Lando has got up to speed with the demands of Formula 1 incredibly quickly and is growing in confidence every weekend. This is welcome news for the whole McLaren team and we look forward to continuing our partnership together.

McLaren Racing CEO Zak Brown said the pair are “proving themselves as racers and are integral to our path to recovery”.