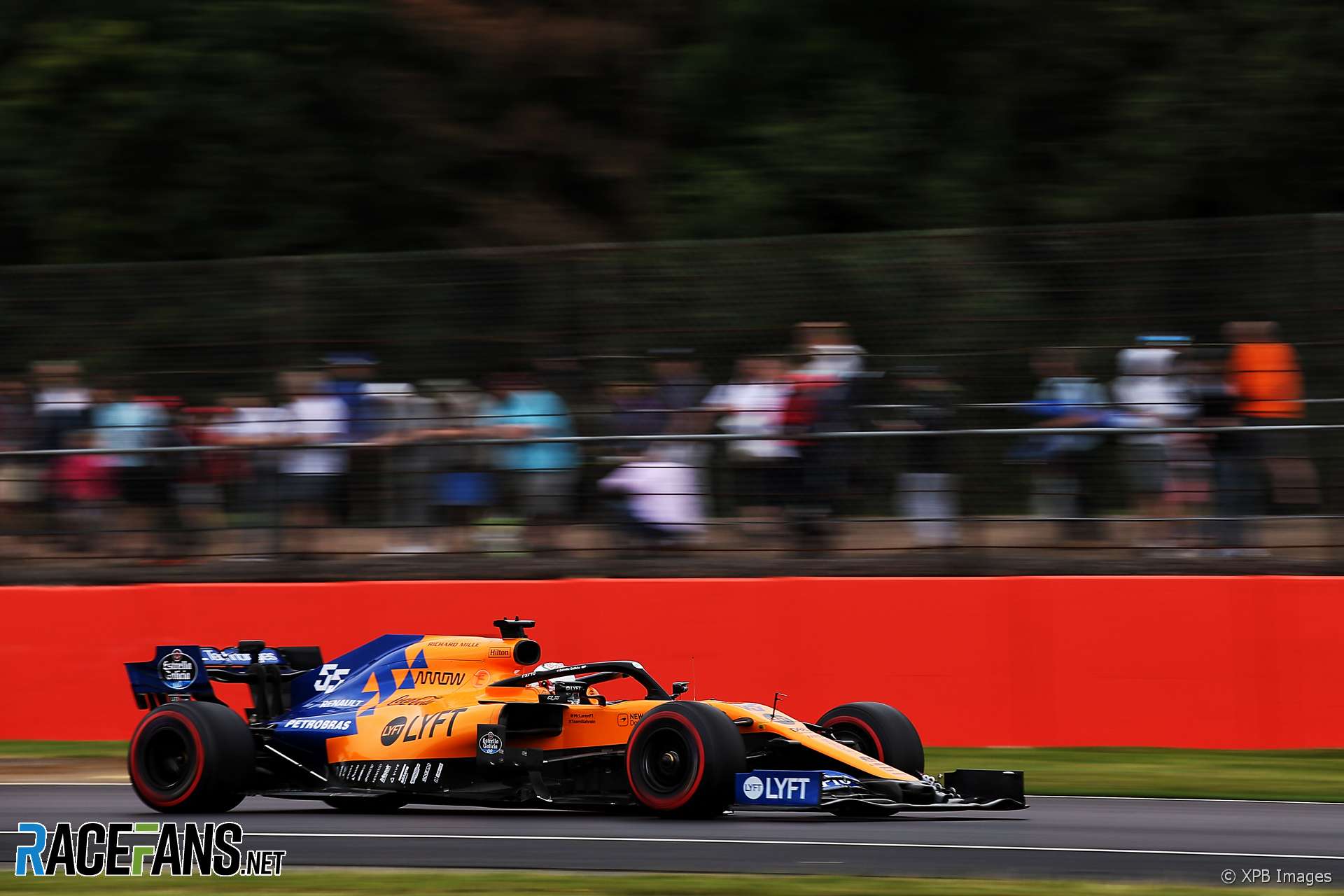 The new track surface at Silverstone has helped all 10 F1 teams lap quicker than they managed 12 months ago.

McLaren is again the most-improved team, lapping over two seconds quicker than they did in 2018. Front-runner Mercedes and Ferrari posted the smallest improvement, lapping seven-tenths quicker.

While Williams are almost a second and a half quicker than they were a year ago, they remained over a second slower than the next car ahead of them. The team suffered a disastrous British Grand Prix last year where problems with a new rear wing design caused both drivers to spin off during qualifying.

Over the 10 races so far this season, F1 cars have lapped quicker at nine of them.

As a result, the current V6 hybrid turbo cars are now almost nine-and-a-half seconds faster than the first generation machines of the current era were five years ago.