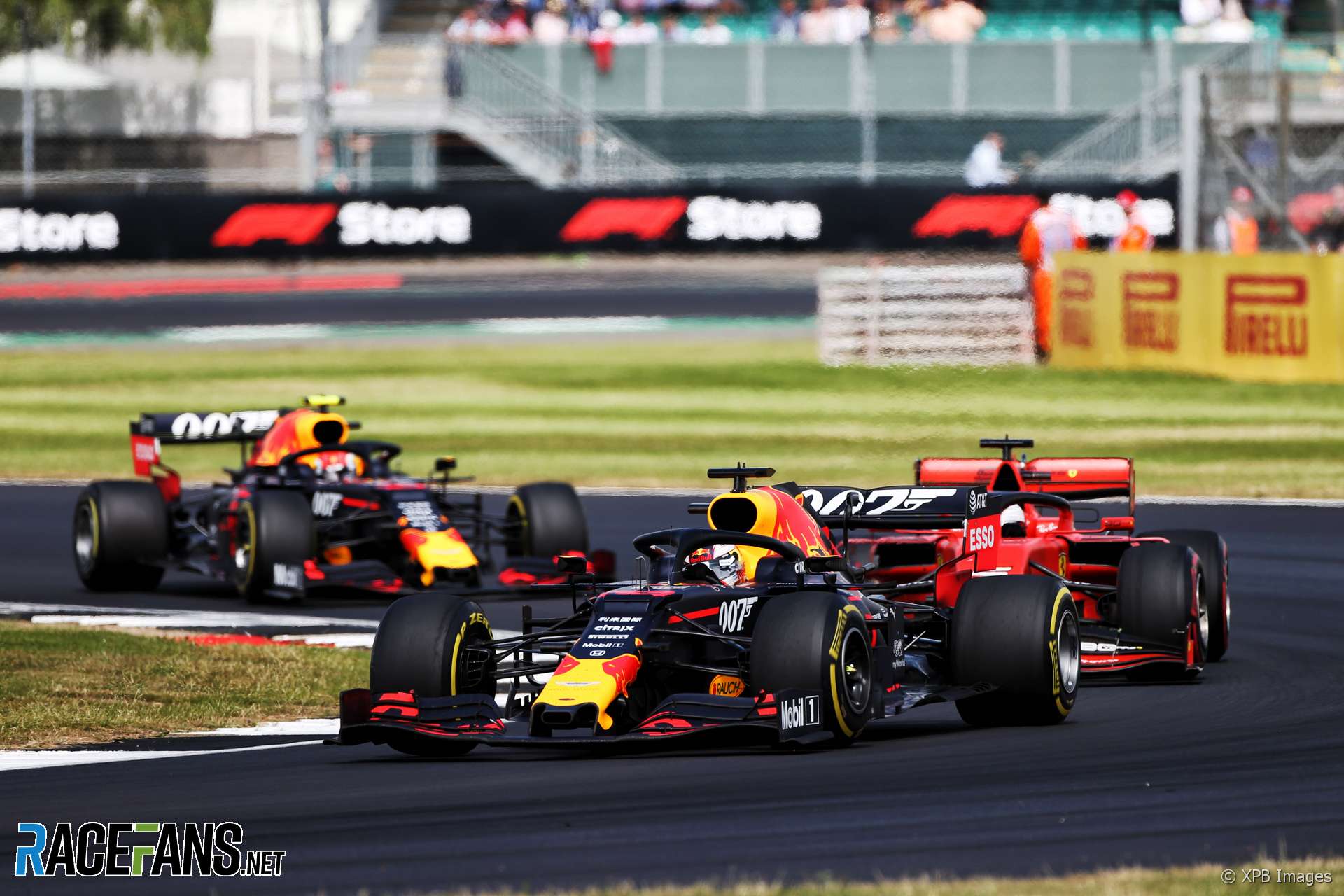 Ferrari team principal Mattia Binotto says the team had little opportunity to avoid Charles Leclerc losing out to Max Verstappen during the Safety Car period in the British Grand Prix.

The Ferrari driver fell behind Verstappen when they pitted together at the end of the first stint, then immediately re-passed his rival. He remained ahead until the Safety Car came out but the Red Bull’s race pace appeared superior.

Binotto said the team was at a disadvantage at this point because Verstappen could react to what they did.

“On the radio we know Max was called ‘opposite to Charles’ and if he would have stopped, Max would have stayed out and we would have simply put Charles behind everybody. And probably that would not have been the right call.

“I think we had not really any choice at the time. [We’re] trying to stay ahead but as soon as Max stopped I think we looked at all the data, it was still good for us to stop again. I don’t think we could have stopped earlier, one stop before, because the others [would have] to stay out and we would have lost our entire advantage.”

Ferrari again chose to start the race on the softest available tyre. Binotto said it wasn’t clear whether this had given them an advantage or not. “I think at least we can say it was not the wrong choice.

“Having discussed with the drivers I think that Charles had got some good pace at the start of the race. He was controlling the tyres as well not to wear them. He was able to at least manage the pace and be in the very first lap faster than the people behind.

“We believe it was the right choice. It was difficult to have a comparison.”