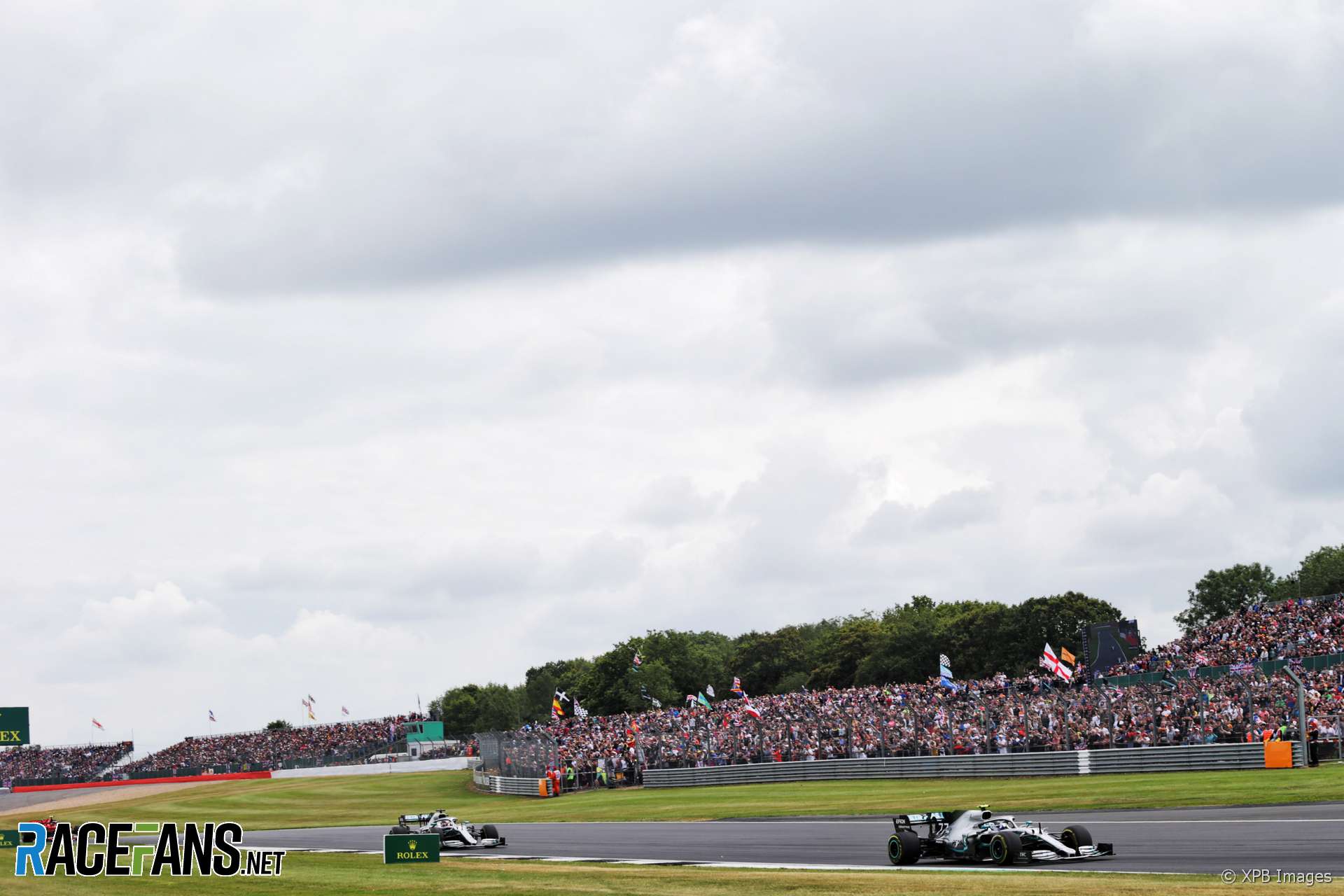 Lewis Hamilton says he would have fought harder against Valtteri Bottas had he not been his team mate.

The two Mercedes drivers fought for the lead in the opening laps of the British Grand Prix. Hamilton briefly got alongside Bottas at one point but ceded the position, saying it would have been wrong to force his team mate to back down.

“We want to race-wheel-to-wheel and tough,” he said. “When you’re racing with a team mate it’s all different because if I was racing a Ferrari I’d take more risks. Still respectful, but you can lean on them a little bit more.

“As team mates we sit down at the beginning of a race, we talk about turn one, how we’re going to respect each other and make sure we don’t collide.

“[So] even when I overtook him and he was coming back I could’ve swept across the front and blocked him but that’s not the right thing to do. Ultimately it enabled him to get back past but that’s racing and it was really fair and it was great.”

Hamilton said he was hoping to have the chance to fight Bottas again later in the race before the Safety Car was deployed.

“Honestly I was looking forward to maybe some racing later, I was extending that first stint hoping that I’d come out [close].

“The gap was growing in terms of me coming out one seconds, one-and-a-half seconds, two seconds. I was trying to keep it as little as possible before I finally stopped so that when I came out, had the advantage on the new tyre and catch him up and try to get past. But the Safety Car came out and intervened.”

28 comments on “Hamilton: Blocking Bottas would be “not the right thing to do””