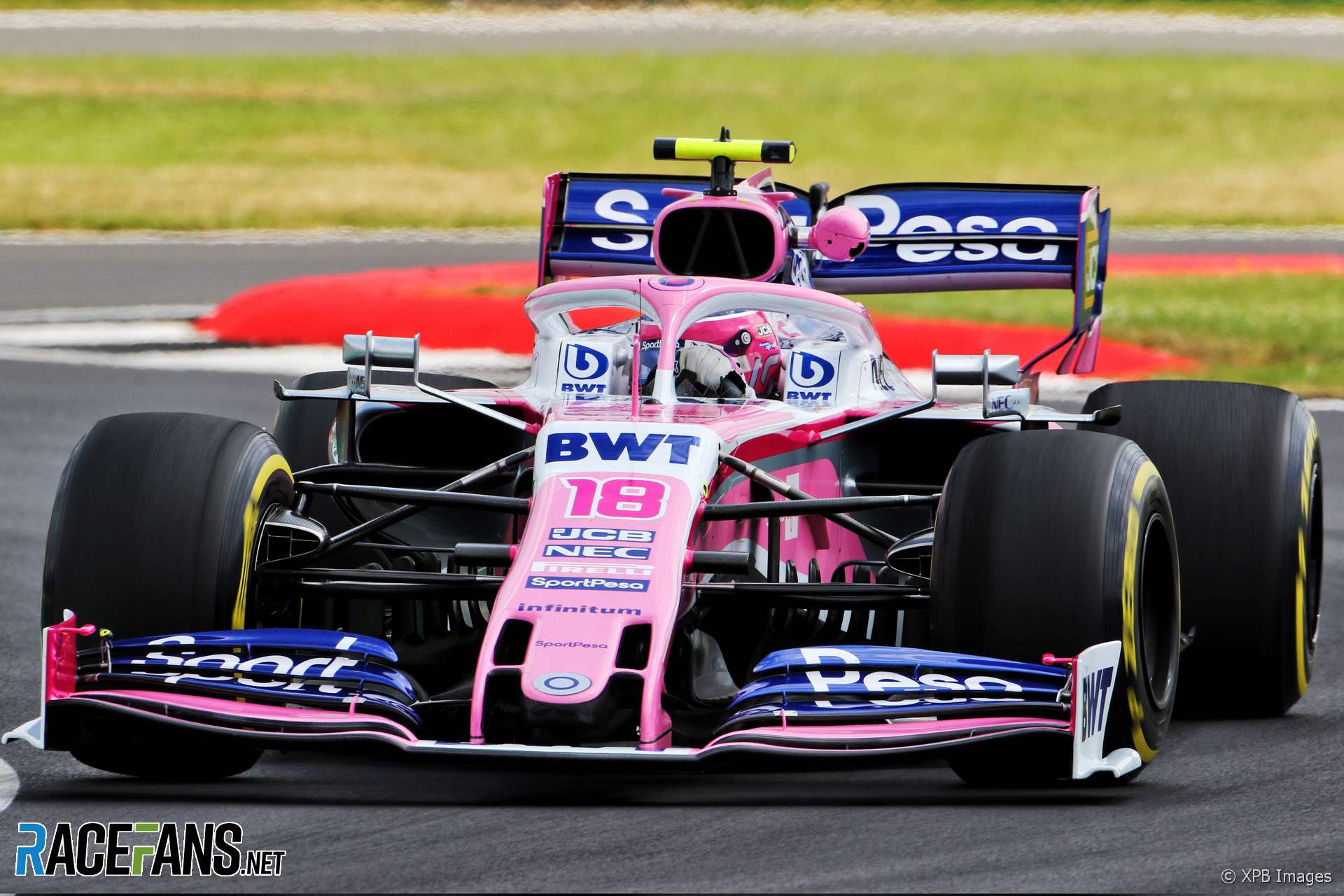 In the F1 paddock at Silverstone @DieterRencken gets the latest on the Rich Energy situation plus the fall-out from Force India’s administration proceedings last year and a new court case involving sponsor BWT.

Usual ritual for this weekend of up and about, then news followed by full English breakfast before heading for the circuit. Once again traffic flows smoothly; at my first grand prix here in 1997 it took a full two hours to travel the 15-odd miles from the M40 to the circuit – and that with a full pass.

Three years after that then-F1 boss Bernie Ecclestone scheduled the GP for Easter Sunday – some say as an act of revenge for the BRDC’s refusal to submit for some rather onerous demands. The April weekend was, predictably, soaking. Some ticket-holders couldn’t make it in on Saturday, while spectators’ cars were banned totally on race day. Still, some folk were stuck in muddy fields until the following Wednesday. Sensibly, the race has had a summer date ever since.

Arrive at circuit, catch shuttle to paddock, and start my rounds. There are rumblings of a court case involving some senior F1 players, so I dig around.

It seems that AMP, a Lichtenstein sponsor agent, is seeking millions in unpaid fees over its brokerage of the BWT deal from the team formerly known as Force India. The team plunged into administration last July – and could seek further relief from Racing Point from that day forward.

Among those in court recently were ex-Force India boss Vijay Mallya, Toto Wolff (Mercedes), ex-Sauber boss Monisha Kaltenborn (whose team had also been pitched but was unable to commit to pink livery) and Racing Point’s Otmar Szafnauer and his head of marketing. Proceedings continue in London this week, and, with the ongoing Rich Energy saga (see below), it seems F1 is seldom far from the court houses of the world.

Final practice begins but I’m more concerned with delving into Rich Energy as I’ve been offered a chat with some of the shareholders of the company, including Justin King, the former Sainsbury’s boss (and father of IndyCar racer Jordan). As the interview is scheduled for post-qualifying, I keep an eye on the screen while searching the internet. 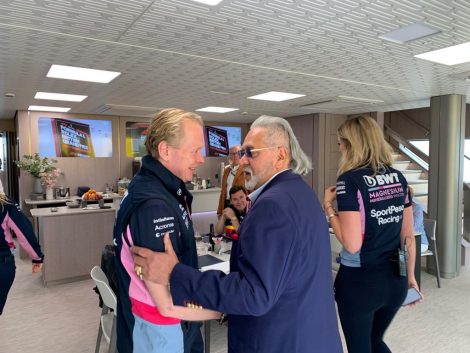 While grabbing lunch in the media canteen – a delicious pad thai chicken – I receive a call: the FIA president will meet with me for an interview I’d requested to discuss his recent comments on refuelling and the ongoing debate around giving drivers freedom to race. More on that coming up here soon.

The hastily-arranged slot unfortunately means I miss a Honda appointment – apologies to Eric Silberman and team – and I only hope we can reschedule.

I bump into Mallya in Racing Point’s hospitality – where he is fondly received – and later in the paddock. He looks relaxed as he broadly confirms what I had been told regarding AMP/BWT, then tells me he won an important appeal on 2 July in connection with his extradition case to India. His legal saga, too, is far from over. 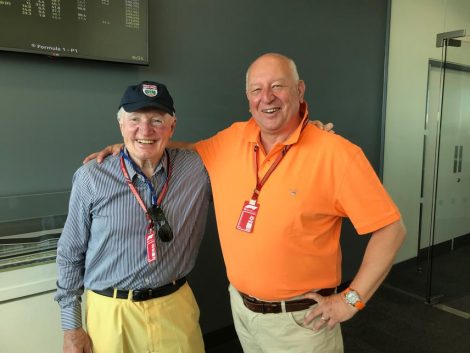 I’m flattered to have Paddy Hopkirk, BRDC chairman and legendary Mini rallyist during the sixties, join me during qualifying. He quizzes me on the standards of the media centre, and I’m happy to tell him that they (now) ranks among the best on the F1 trail.

Paddy’s giant-slaying antics in rally Mini Coopers during the sixties are the stuff of legends, and it’s great to see him again, all hale and hearty. A wonderful character the 1964 Monte Carlo Rally winner is, and it’s heartening that at 86 he still puts time and effort into the club.

Interviews, and I grab the Red Bull pair who have impressively split the Ferraris. I planned to attend Wolff’s schedule, but this is cancelled as he is not feeling well.

Thus I head for Haas for my Rich Energy appointment. As is so often the case in such matters, there seem to be three sides to the story: Storey’s story (sorry), that of the remaining shareholders, and the truth. King does not make the appointment, but fellow shareholder Neville Weston does.

I am told the remaining shareholders are hoping to remove the “rogue” Storey from his CEO role and wrestle control of the company from him, but refuse to reveal details, citing legalities. The upshot is that while Haas’s money appear to be safe, there is still no answer to the telling question of just how many cans the company has sold.

What’s next for Rich Energy? In my opinion it’s possible the company will eventually be deregistered. The key issue for the shareholders then will be whether they are able to transfer the (leased) recipe before then and seize control of the brand. But that may have little value given that its stag head logo was ruled by the courts to have infringed copyrights and trademarks a few weeks ago.

Wind down for day and head for canteen. On the menu is a stew of chorizo and beans with artisanal breads – very tasty. Then I leave the media centre, head for my bed and breakfast to pack, ready to check out early on Sunday.