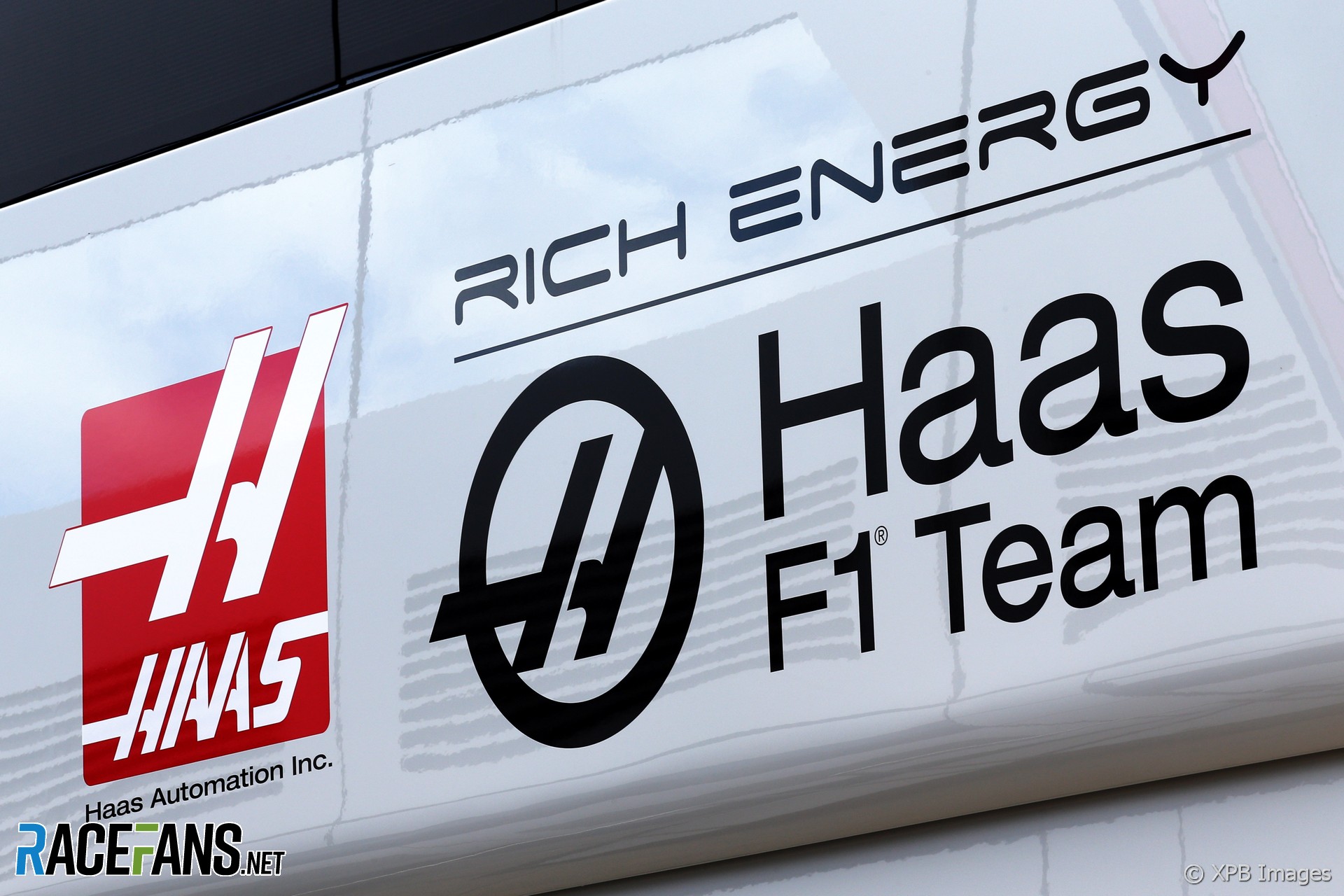 In the round-up: Haas team principal Guenther Steiner says the outfit’s reputation has not been damaged by the negativae publicity surrounding title sponsor Rich Energy.

Steiner was asked about the impact of negative social media posts from sponsor Rich Energy:

There is a clear line: They pay us for advertising and we do our job.

So actually I think it gives us a good reputation because we didn’t react because we cannot. So I think we are in a good position.

We show the world that even with controversy outside of us we are not doing things which we shouldn’t be doing. We work professionally and keep out of things which we cannot control and I’m not entitled to control. We just go along and whatever happens happens.

PREMA Racing regrets to announce that driver Sean Gelael will not take part in the Silverstone races due to personal reasons following to the events occurred in the first part of the weekend. pic.twitter.com/hC7EsO6qK3

Following a board meeting of Rich Energy Ltd chaired by CEO William Storey and in light of the treacherous conduct of minority stakeholders the exclusive rights to distribute @rich_energy have been transferred to another company. Mr Storey retains complete ownership #RichEnergy pic.twitter.com/TXC8v8zM0v

@HaasF1Team love @rich_energy so much (we don't blame them as #betterthanredbull ) they have kept our brand livery on the car even after we sacked them for poor performance! #RichEnergy #F1 #BritishGP2019 #business #worldclass #onyerbike #nobull pic.twitter.com/dN2RdMMitX

Pagenaud holds on for second pole of IndyCar season (IndyCar)

"Alexander Rossi of Andretti Autosport bounced off the outside wall in turn six, and Chip Ganassi Racing’s Scott Dixon spun early in his final timed lap."

"For Max, to qualify under two tenths off pole position at a power circuit like Silverstone is very satisfying and it is good to see things coming together for Pierre who got his joint best qualifying position of the year."

"Romain (Grosjean) had one very good lap, then all of a sudden we had no performance in the car. We need to look into that and see what we can do."

The Long Road Back (The Globe and Mail)

"One of the first things I remember is them basically telling me that I was paralyzed – and I just couldn’t understand. 'I was just like, 'No – you’re wrong. You’re wrong!'"

Thanks to Andrew for the tip.

For Norris, Formula One Is All-Consuming (The New York Times)

"When I first got into karting, and for my first four or five years, I was nothing special. I won one major race, and that was it."

Thanks to Tim for the tip

People always seem to blame F1 for more or less any given weekend clash as if these were solely F1’s fault. Should everyone want to avoid clashes to the greatest extent possible, then all parties should be required and willing to make sacrifices to contribute to that, not only F1.

If F1 were to circle every other sports event there is, race events of different Motorsport categories, etc… then there’d be zero weekends left for the F1 races.
Jere (@Jerejj)