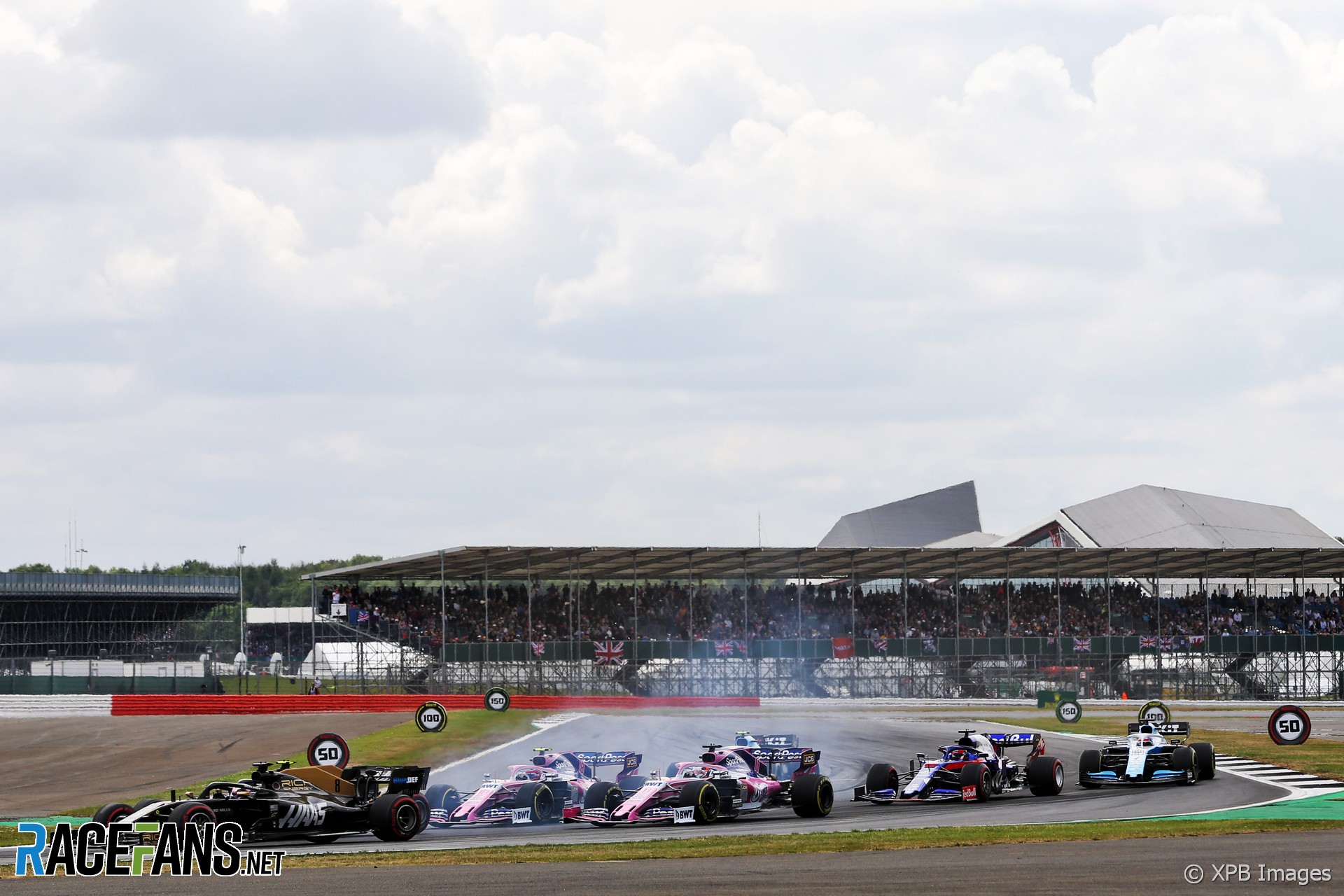 Haas team principal Guenther Steiner strongly rebuked both his drivers after the first-lap collision which led to both of them retiring from the British Grand Prix.

Steiner had previously warned Romain Grosjean and Kevin Magnussen after they clashed during the Spanish Grand Prix. He said their latest collision compromised the team’s efforts to learn more about the problems with its VF-19 chassis.

“It’s not acceptable what happens,” said Steiner. “I was pretty clear with them after Barcelona what not to do.

“We are in a difficult position at the moment trying to find out to get the car back on track. Everybody works hard like hell and then we’ve got a chance when it seems like we’ve got our long runs and we are OK, we crash into each other at turn five. It’s just not acceptable.”

He revealed he told the drivers in Spain the team would intervene if it felt either driver had taken position from the other unfairly.

“The clear instruction was even if someone had to give up, if he’s right, you give up, and then you sort it out later on in the race. That was the instruction.”

Steiner has not ruled out imposed stricter rules on his drivers to prevent them tangling again in future. The pair also collided on the first lap of last year’s British Grand Prix.