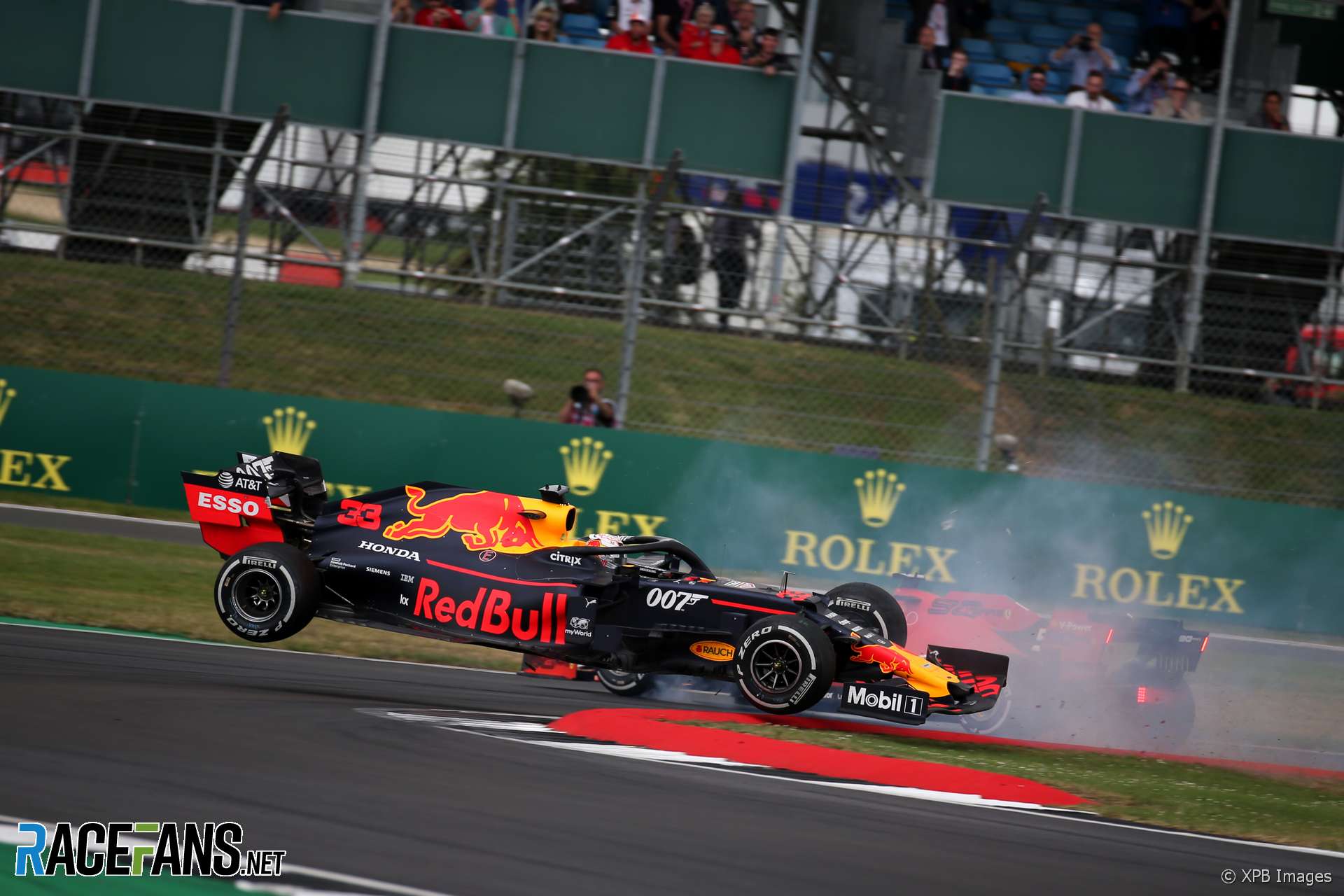 Max Verstappen could have finished as high as second if he hadn’t been hit by Sebastian Vettel, says Christian Horner.

The Red Bull driver had just taken third place when he was hit from behind by the Ferrari. He was on course to inherit take place from Valtteri Bottas, who needed to make a second pit stop.

“Obviously from our perspective it was very frustrating because it knocked Max off a guaranteed podium,” said Horner.

“Which spot on the podium we don’t know, he would have been certainly on second on track and then whether Valtteri would’ve been able to catch him or not we’d have had to wait and see. So that was very frustrating.”

Horner admitted he was relieved Verstappen finished at all after his car was launched off a sausage kerb and through a gravel trap.

“It’s remarkable that the car held together,” he said. “To keep going with the damage he had was quite incredible. At least he managed to finish the race and get some points out of it.

“So [it’s] frustrating because it obviously made a great pass on set. And I can only imagine it was a complete misjudgement by Seb to lock up and hit him the way he did.”