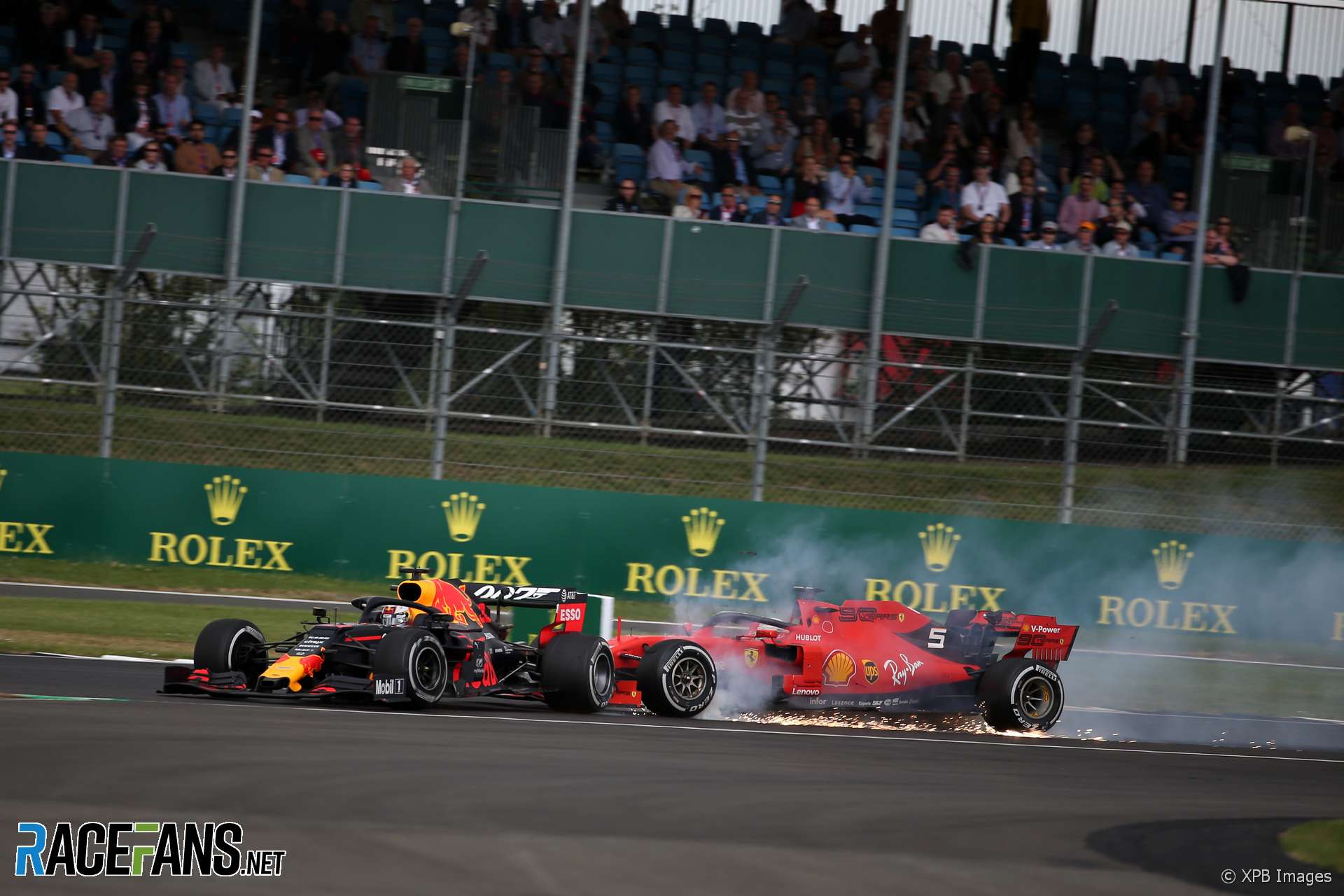 Sebastian Vettel has been given two penalty points on his licences for crashing into Max Verstappen during the British Grand Prix.

Vettel drove into the back of Verstappen’s car as the pair approached Vale, shortly after the Red Bull driver had passed the Ferrari. The crash delayed both drivers, though Verstappen went on to take fifth place in his damaged car. Vettel was classified 16th after receiving a 10-second time penalty.

The stewards pinned the blame for the crash entirely on the Ferrari driver.

“The stewards reviewed the video evidence which showed car five locked wheels under braking and collided with the rear of car 33,” they noted. “The stewards concluded that the driver of car five was wholly to blame for the incident.”

Following his penalty Vettel has now moved onto a total of six penalty points, halfway towards a one-race ban.

FIA race director Michael Masi said he suspects the stewards saw no alternative other than to blame Vettel for the crash.

“I think from the footage and everything they relied upon it was all clear for everyone to see that Max went in there and Sebastian, it looks as though he misjudged it. I don’t think there was any doubting from what I saw.”

33 comments on “Vettel given penalty points for Verstappen crash”