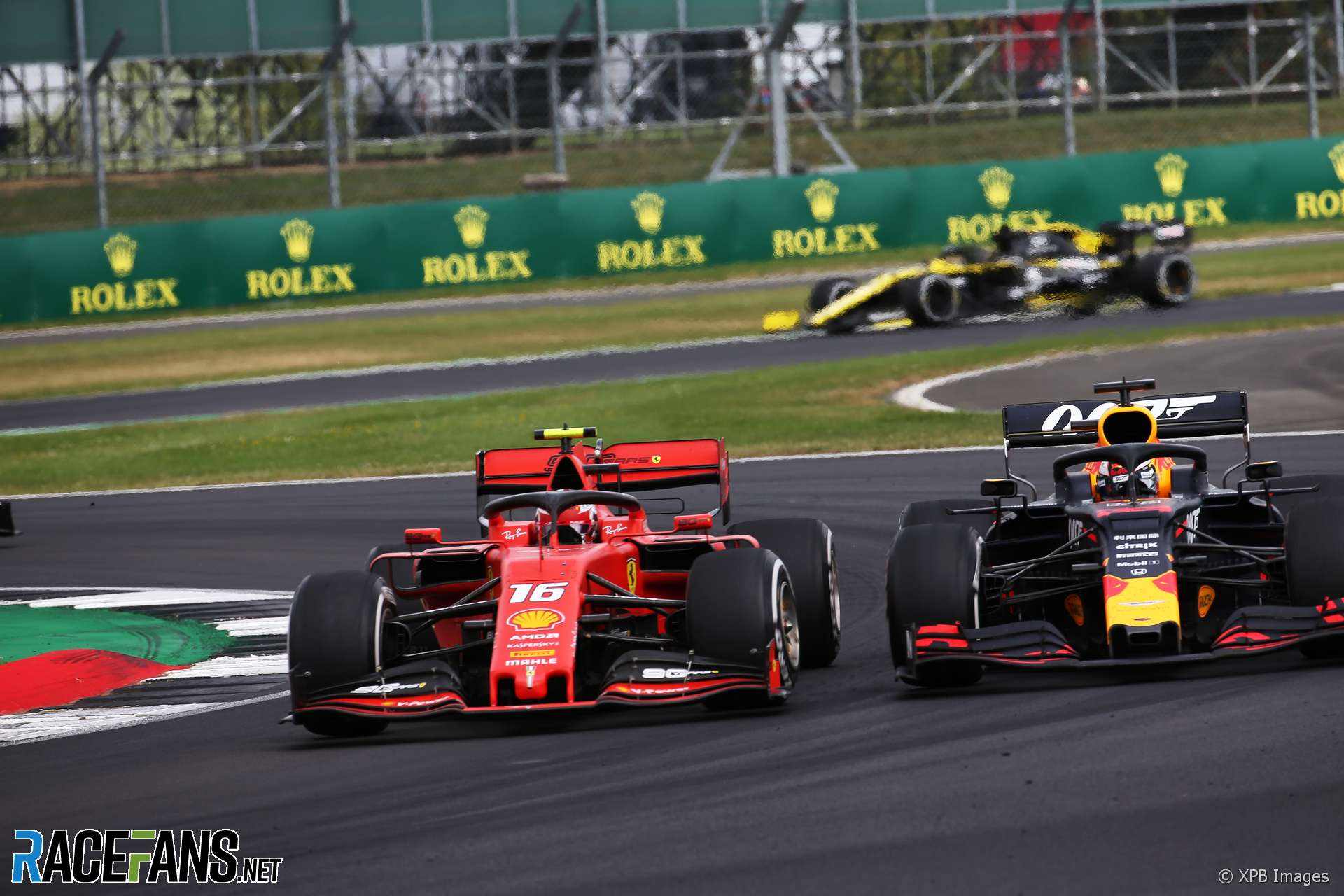 Charles Leclerc says he fought harder than usual in his battle with Max Verstappen at Silverstone but there was “nothing personal” about it following their run-in at the Austrian Grand Prix.

The Ferrari driver lost a potential victory at the Red Bull Ring after Verstappen muscled him aside at the end of the race.

Verstappen said he suspected Leclerc was “still sore from Austria” after their spirited battle at Silverstone during which he told his team Leclerc was making late defensive moves.

However Leclerc insisted there was “nothing personal” about his treatment of Verstappen during the race.

“After Austria I think if the stewards accept us to race that way then I’m more than happy to race like this, and that’s what I did this weekend,” he explained.

“So nothing special, I just raced harder than normal because I feel like in the last two races or maybe a bit before Formula 1 wants hard racing. I think we are pushing as drivers to have hard racing, that’s where we enjoy the most to be racing like that and that’s what I did today.”

Leclerc, who went on to finish the race in third place, described the grand prix as “probably the most fun race I’ve had since I started in Formula 1.”

“It was very enjoyable, very hard racing, always borderline but always stayed within the rules. I really enjoyed that fight.”

18 comments on “Leclerc: “Nothing personal” about fight with Verstappen”