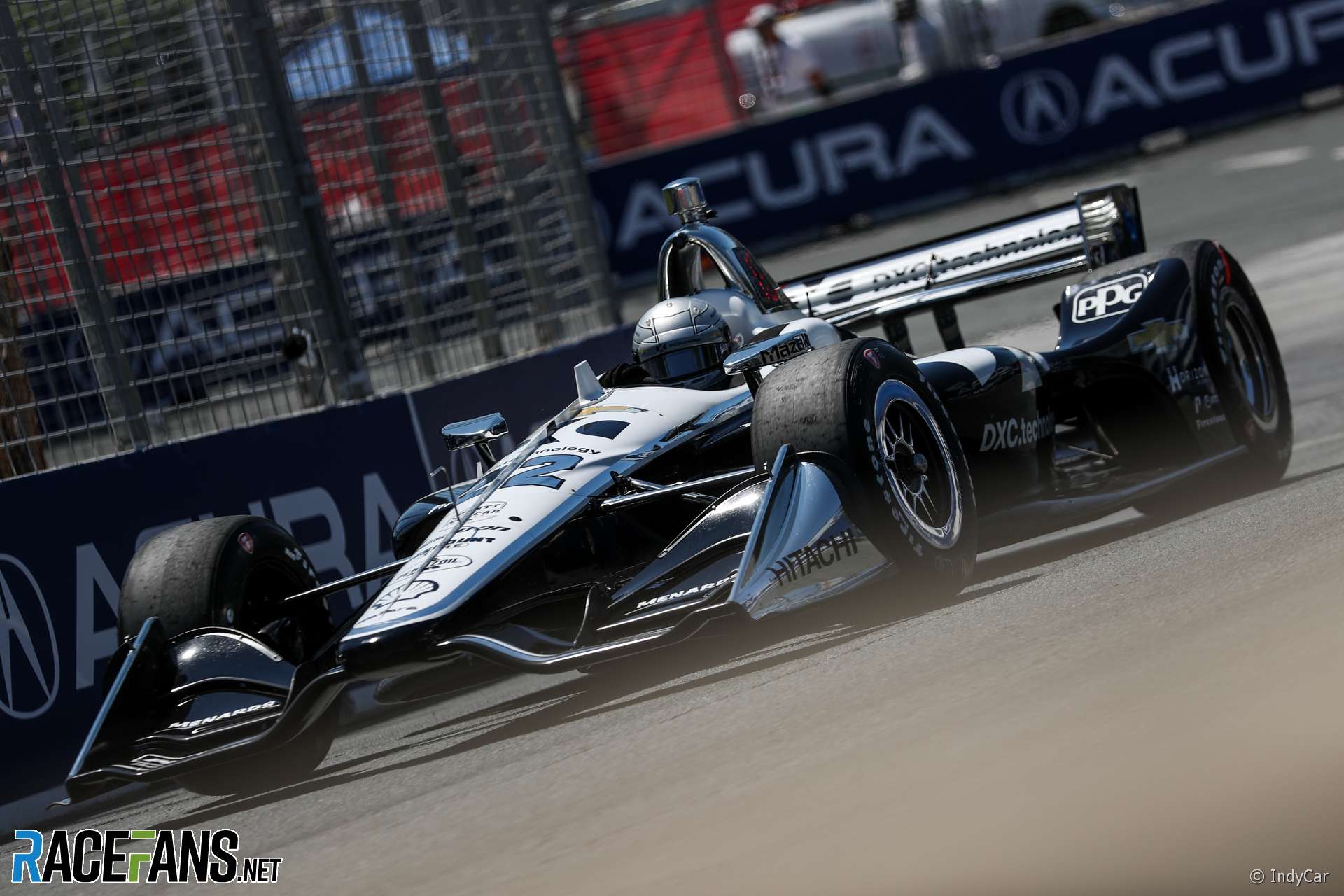 Simon Pagenaud strengthened his chances of reclaiming the IndyCar title with his third win of the season from pole position in Toronto.

The Penske driver was in control throughout of the race, leading all but five of the 85 laps around the street course.

The only other drivers to head the field were Takuma Sato, for a single lap when he ran long at the end of the first stint, and a four-lap stretch for Zach Veach, though neither figured in the top 10 at the end of the race. Sato’s day came to an end when his Honda engine began spitting fire, prompting a retirement in the pits.

Scott Dixon did his best to keep Pagenaud honest, closing him down in the second half of the race. However Pagenaud kept his cool until the final lap, when the field was neutralised when his team mate Will Power crashed at turn eight.

Dixon therefore took second ahead of Alexander Rossi, the positions they’d occupied for much of the race. Championship leader Josef Newgarden took fourth and therefore saw the three closest drivers to him in the title race narrow his lead. He is now four points ahead of Rossi, 39 clear of Pagenaud and Dixon is 86 behind.

Felix Rosenqvist took fifth ahead of James Hinchcliffe and Colton Herta. Sebastien Bourdais fought hard with team mate Santino Ferrucci on his way to eighth place, followed by Graham Rahal and Marco Andretti. Rahal was knocked into a spin by Power on the second lap of the race, leading him to make contact with Andretti.

4 comments on “Pagenaud wins as Power crashes on final lap”