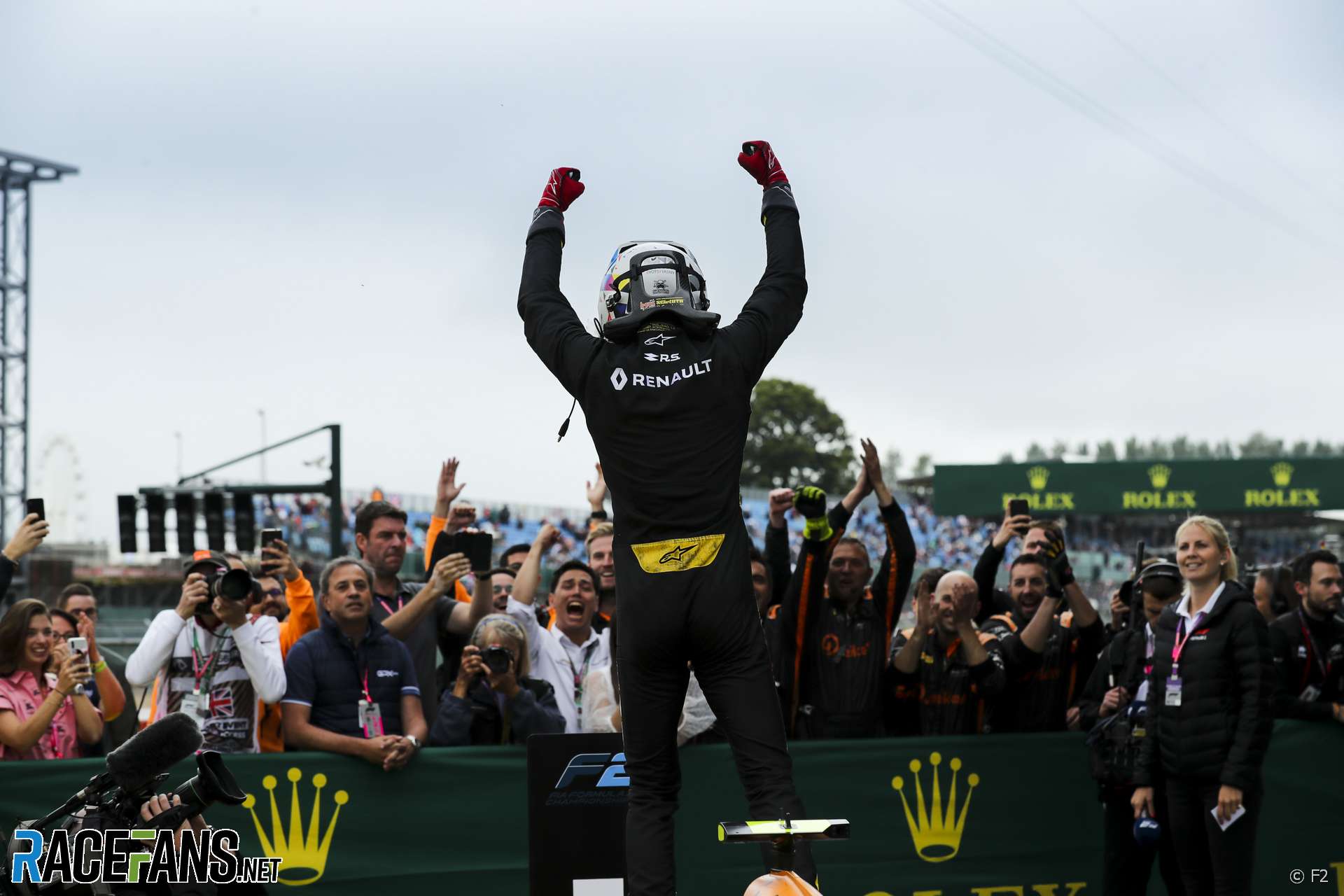 The Formula 2 championship fight closed up at Silverstone as series leader Nyck de Vries added just 18 points to his tally, allowing several of his rivals to close in.

Luca Ghiotto led the field home in Saturday’s feature race after rookie team mate and Renault junior driver Guanyu Zhou claimed his first pole position. Ghiotto took the lead at the start of the race and reclaimed it after Nikita Mazepin spent a spell at the front during the mandatory pit stop cycle.

Nicholas Latifi successful split the Uni-Virtuosi pair, cutting De Vries’s title lead with second place as the ART driver could only manage sixth in the first race. Sergio Sette Camara and Jack Aitken finished ahead of him, while Louis Deletraz took eighth ahead of Callum Ilott.

While light rain made conditions challenging for the drivers, Aitken closed on leader Deletraz. Arriving at Brooklands he launched his Campos machine down the inside and forced a way through, claiming a popular win in front of his home crowd.

Third place for De Vries reclaimed some of the ground lost to Latifi, who took the chequered flag behind Ilott in fifth. he was followed by the sole Prema of Mick Schumacher, Sena Gelael having withdrawn after he was belatedly given a three-place grid penalty for crashing into Deletraz during practice.

With 10 races left, De Vries holds a 31-point lead over Latifi, while another 34 points cover Ghiotto, Sergio Sette Camara, Aitken and Zhou behind him.