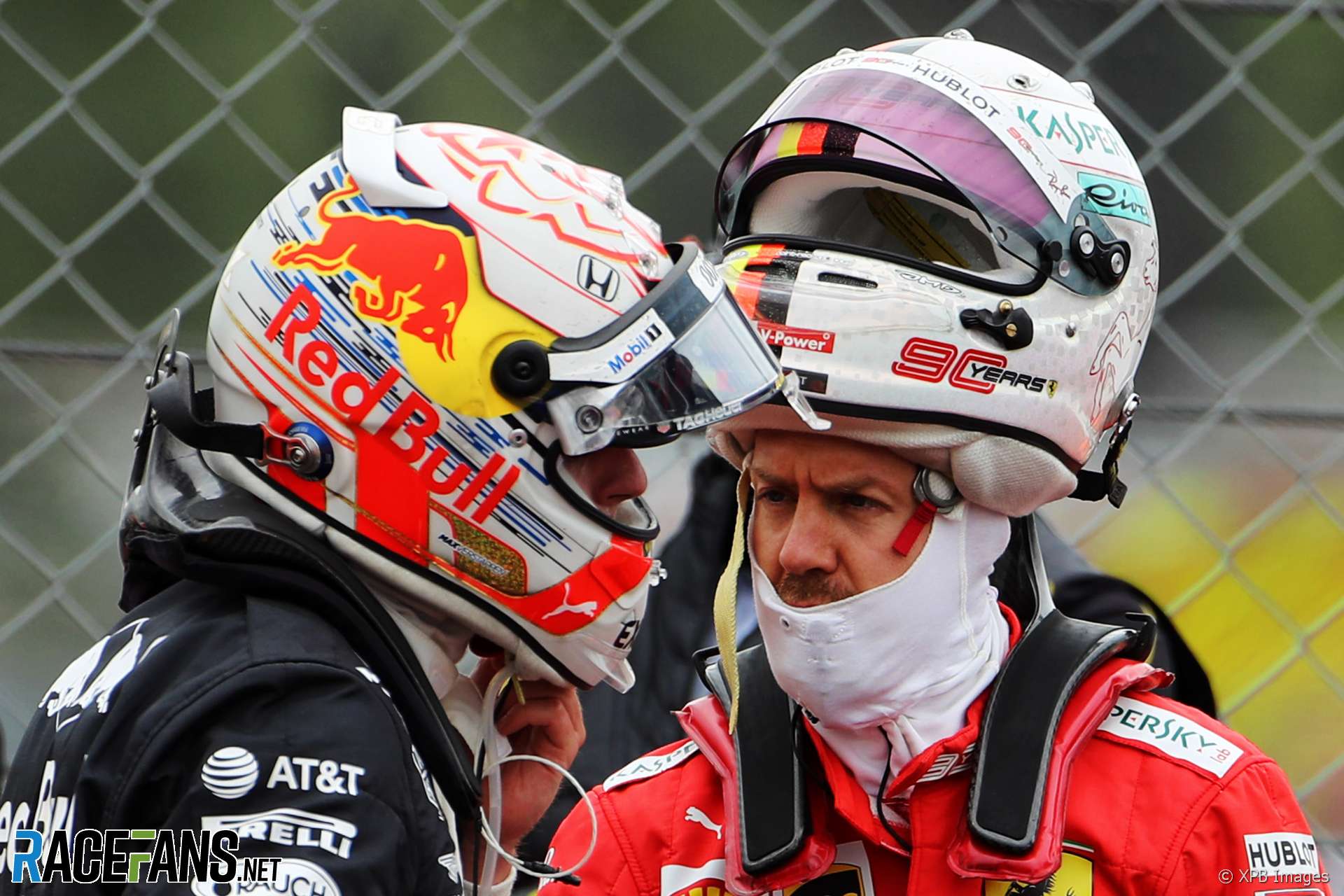 Sebastian Vettel shrugged off his penalty for crashing into Max Verstappen during the British Grand Prix, saying it mattered more that he apologised for the collision.

The Ferrari driver was given a 10-second time penalty for hitting Verstappen and had two penalty points added to his licence, putting him on a total of six. Although Daniel Ricciardo went unpunished for a similar collision with Verstappen in Baku last year, Vettel said he wasn’t concerned by the penalty.

“Of course initially I thought there was a gap and the gap closed but after some laps I realised it was my mistake so I went up to Max and told him what I thought,” Vettel said in response to a question from RaceFans. “That for me counts more than any stewards’ decision to be honest.”

Vettel thought he saw an opportunity to re-pass Verstappen, who had just overtaken him. “Obviously he was a bit faster, closing quite quickly and passed very easily before turn 15,”he explained.

“But then he ran a bit wide so I thought I can sneak back. I thought there was a gap which then turned out not to be there. It’s a misjudgement from my side.”

Verstappen said Vettel came straight to him after the race to apologise. “When he jumped out of his car he immediately came to me,” said the Red Bull driver. “He apologised, said he misjudged the braking, [his] fault.”

“It’s disappointing but you can’t change it now,” he added.