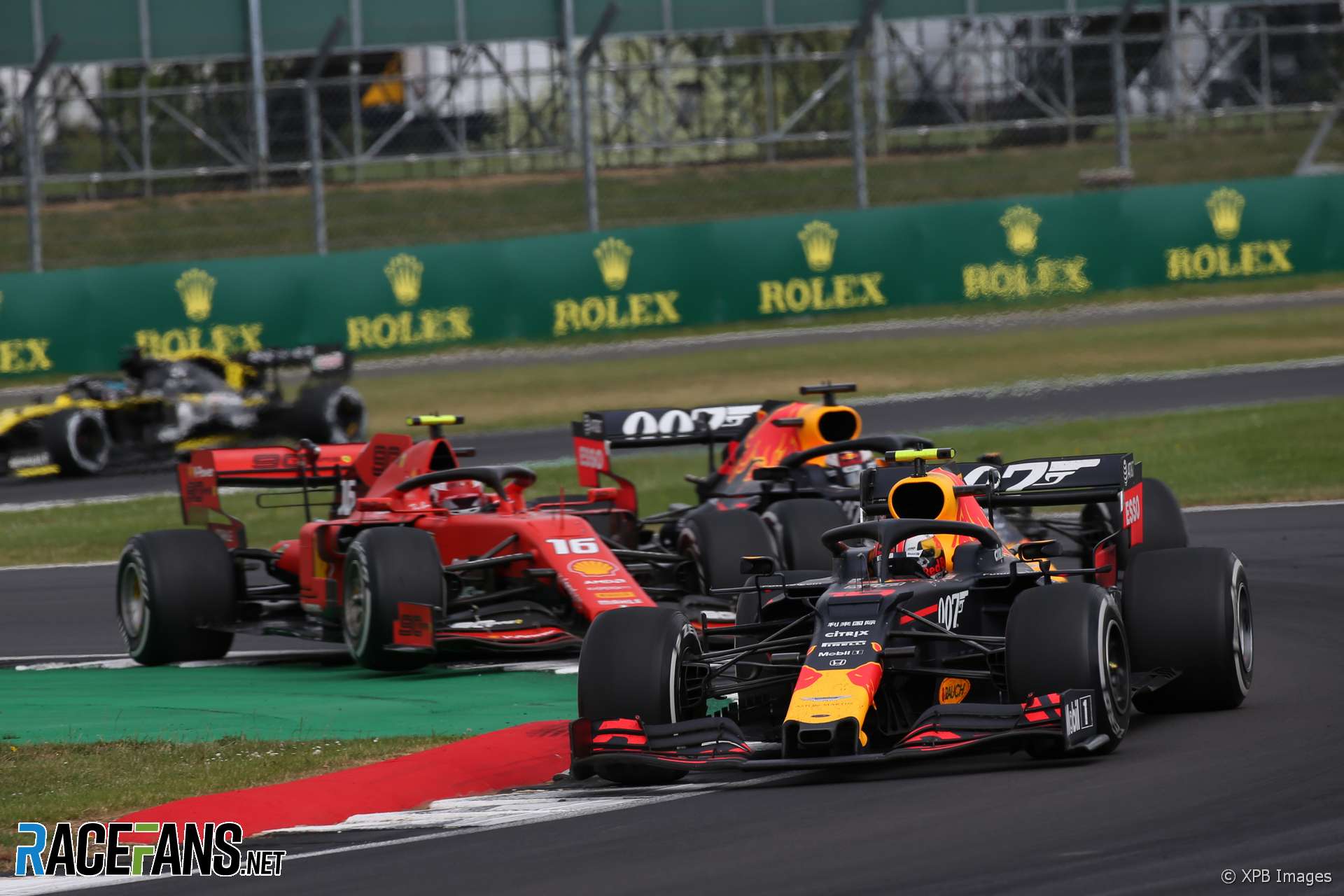 The Silverstone race was lauded for its close, wheel-to-wheel action between the drivers and saw just a single in-race penalty, after Sebastian Vettel crashed into Max Verstappen.

This prompted some to suggest the stewards had taken a less strict line on driving standards last weekend. “It looked like it and it was great racing,” said Red Bull team principal Christian Horner, following Verstappen’s thrilling duel with Charles Leclerc.

“It was entertaining for the crowds. They both ran a little bit wide to the last couple of turns but it was hard, fair racing and it was good to see.”

Horner said the decision whether to investigate incidents is “at the discretion of the race director, who did a good job today.” However Masi pointed out incidents can also be noted by the stewards themselves or referred to them by teams through him.

“The stewards have the right to investigate anything,” he explained. “Effectively I flag things more often than not, but depending on how hectic the race is and what’s happening the stewards are absolutely entitled to investigate things of their own volition, in any way, shape or form.”

Masi said stewards had previously adopted a ‘let them race’ philosophy which did not change following the controversial penalty decisions at the Canadian and Austrian Grands Prix.

“The ‘let them race’ philosophy’s been adopted all year, to be quite honest,” he said. “I think the nature of the circuit, the way that it was, yes there was some wheel-to-wheel action but [it’s the] same as it was previously and it’s been judged in exactly the same manner. The nature of the way this venue is probably makes it a perceived view that it’s more of ‘let them race’ but it’s been adopted and applied in exactly the same way that it has been all year.”

How strictly the rules should be enforced is an “ongoing discussion”, said Masi: “What is ‘let them race’, what does it look like? [In] a lot of ways it was practical examples have shown what is and isn’t considered acceptable. I think it’s just one of those [things] that’s ongoing.”

There was no investigation into Verstappen’s move at turn 18 on lap 25, when he put all four wheels off the track while regaining a place from Leclerc. Masi said he did not recall the incident and no team had reported it to him: “If it was an issue, I can guarantee the team would have raised it with me immediately.”

Following the Austrian Grand Prix Ferrari team principal Mattia Binotto and Leclerc claimed the decision not to penalise Verstappen had been “inconsistent” with past decisions. However the matter was not raised at the pre-race drivers’ briefing. “At the drivers meeting there was no discussion about it at all,” said Masi.

“I think if the drivers have got something to ask, believe me, they’ll ask. And if they want clarity, I haven’t seen a driver yet that holds back. But no, there was no queries about it whatsoever.”

39 comments on “FIA: Stewards did not soften stance on penalties at Silverstone”