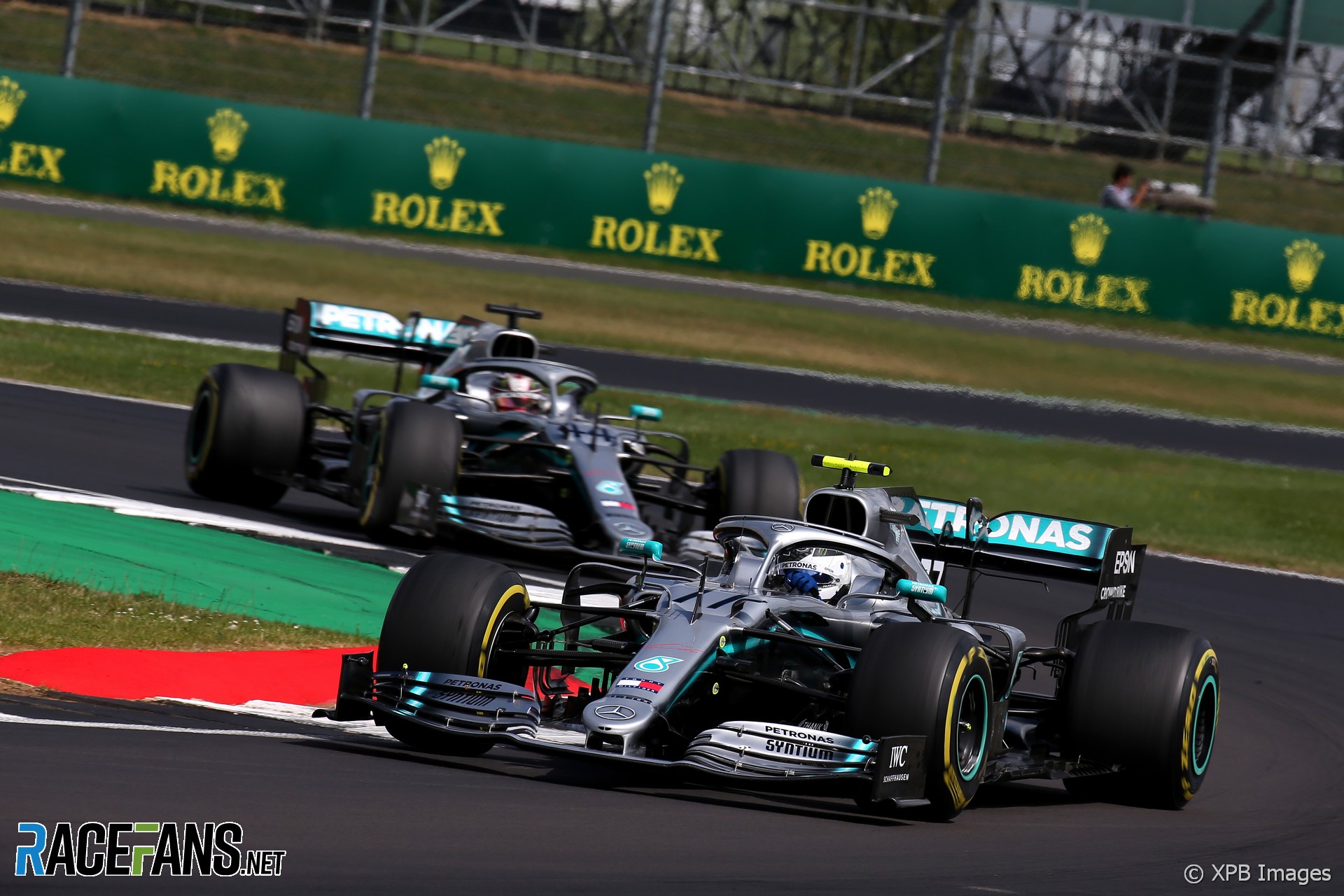 Valtteri Bottas says he had the pace to win the British Grand Prix if he hadn’t been stuck on a two-stop strategy.

The Mercedes driver said the team had discounted the possibility of running a one-stop strategy, believing it would be too slow. But Lewis Hamilton successfully switched to a one-stop strategy during a Safety Car period, while Bottas was locked into pitting twice because he used the same tyre compounds for his first two stints.

“Approaching the race we had no concerns on the flexibility because we thought one-stop would be a lot slower than a two-stop,” Bottas explained. “That’s why our theoretical quickest way to the flag was medium/medium/hard.

“But that was obviously way off. It was medium/hard.”

Bottas said he only pitted for a third set of tyres at the end of the race because the rules require drivers to use two different tyre compounds during the race. He said Mercedes’ simulations indicated there was “not much difference” between the original strategies intended for the two drivers. “But it obviously proved out Lewis in the end was on the best strategy.”

Hamilton’s strategy meant he ran on the hard tyre before Bottas, which turned out to suit the track better than expected.

“Coming to the event we all have one set of the hards and that’s all based on all the analysis from the weekends before [and] winter testing that it would be not the ideal tyre to be on,” said Bottas. “But it turned out to be different on the new Tarmac.

“Even though I lost the lead through the Safety Car I still would have had to stop again and Lewis was at that point on the hard tyre, he could carry on still. It was kind of double unlucky for me today.”

However Bottas is convinced he was quick enough to beat Hamilton on the same strategy. “The pace was good,” he said. “Obviously quickest [in qualifying] which is always nice.

“The race pace was there. We had some good battles on track with Lewis which I really enjoyed. Honestly I think with the pace I had I could have won today. It would have been a hard battle for sure towards the end of the race but that’s a positive.”

36 comments on “Mercedes’ strategy prediction was “way off” – Bottas”