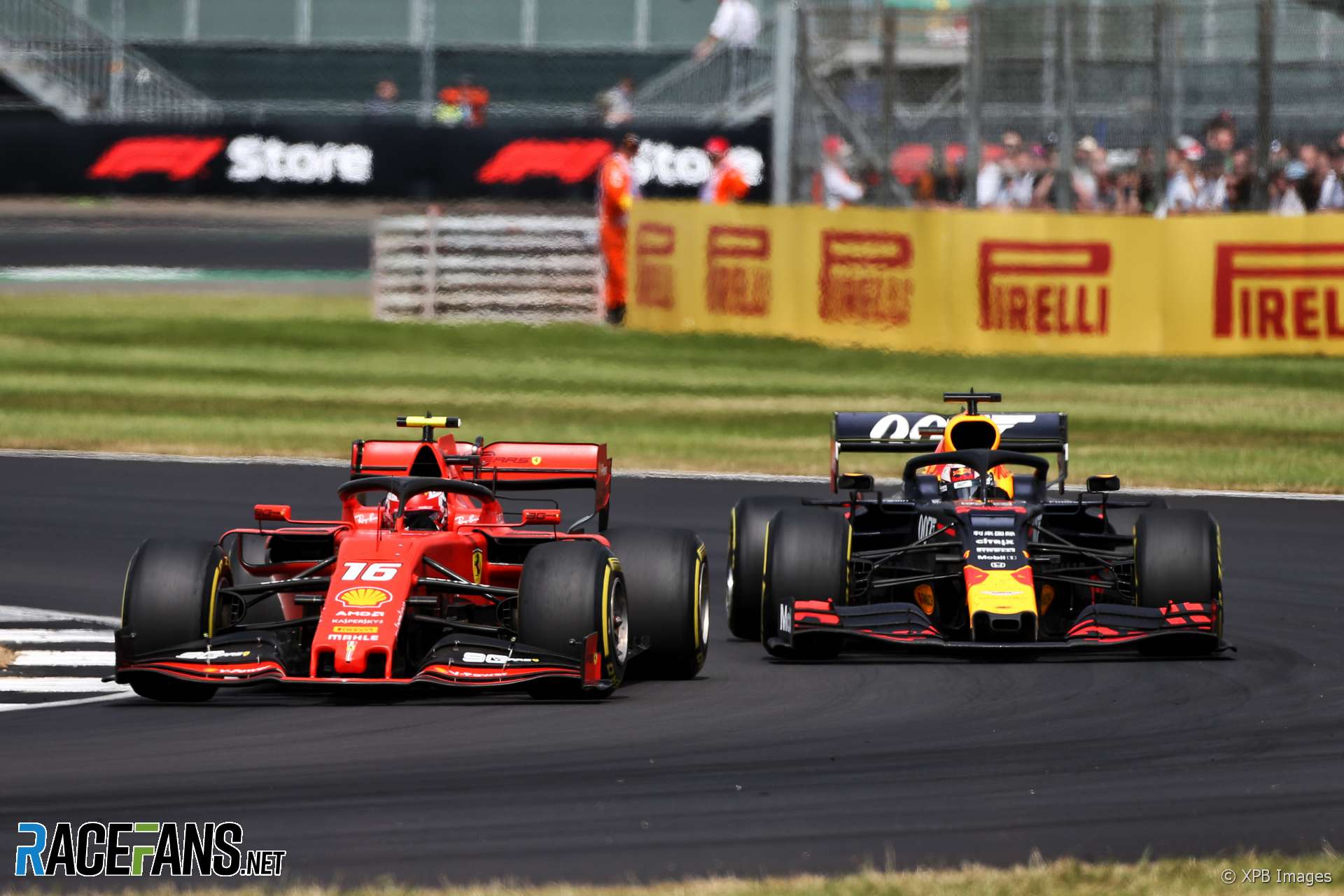 If Silverstone showed the standard of racing we can expect between Leclerc and his former karting rival Max Verstappen, then the future of F1 is very bright indeed. If Leclerc looked a little delicate in his handling of Verstappen in Austria, there was none of that at Silverstone, where the pair went at it with gusto.

Leclerc kept his nerve despite Ferrari, again, letting him down. He fell behind Verstappen when they pitted together at the end the first stint, but re-passed him with a superb, opportunistic lunge at Village. The team was outmanoeuvred at the next round of pit stops too, but Leclerc was dogged in pursuit of the podium finish he eventually got.

It was hard to argue Verstappen didn’t deserve a place on the rostrum. After a tricky Friday he qualified strong on the second row and took the fight to Leclerc in fine style during the race. Losing the position his team won him in the very pits was very un-Verstappen, but third place would have been his if it hadn’t been for Sebastian Vettel’s clumsy driving.

Although his team mate beat him to pole position, it was by a tiny fraction – just six-thousandths of a second. Hamilton was pleased with his race set-up and was in peerless form on Sunday, putting Valtteri Bottas under huge pressure.

Would he have won the race without the Safety Car? Almost certainly. He was that much quicker than Bottas, and had no need for a second pit stop. It would have been far more satisfying to see him win it that way, but that isn’t how the race panned out.

Vettel continued his recent slump against Leclerc in qualifying, ending up six-tenths off his team mate and behind both Red Bulls.

the race started out more promisingly. He did a fine job stretching out his soft tyres and cashed in when the Safety Car appeared. But the collision with Verstappen was just woeful.

Both Haas drivers deserved their knuckles rapped for adding to Haas’s problems at Silverstone. But Grosjean erred twice: not just the unnecessary and race-ending first-lap tangle with Kevin Magnussen, but his unfathomable spin into the pit wall on Friday morning when he was supposed to be testing Haas’s ‘downgraded’ VF-19.

Bottas’s questionable strategy was more the undoing of his race than the Safety Car; it’s hard to imagine he would have caught and passed Hamilton after his second pit stop given how strong Hamilton’s hard-tyre pace was.

Pierre Gasly had his best weekend so far for Red Bull: quick throughout practice, not far off Verstappen in qualifying and able to pick up the pieces in the race. He was a bit slow to heed the team’s call to let Verstappen pass him, however.

Lando Norris showed more verve at the start, passing Daniel Ricciardo, but his race was spoiled by the appearance of the Safety Car and a puzzling second pit stop. Carlos Sainz Jnr picked up the pieces, aided by the Safety Car timing, and despite failing to join his team mate in Q3.

Renault’s focus on Ricciardo helped him to seventh place but inadvertently hindered Nico Hulkenberg, who collected the final point for 10th. Kimi Raikkonen and Daniil Kvyat separated them at the flag, the latter recovering well having gone out in Q1. His team mate’s strategy was ruined by an unusual technical problem which prevented his team from being able to change his tyres.

Racing Point crossed the road back to their nearby factory with no points: Sergio Perez was caught out by the Safety Car and was stuck in the wrong brake map, which led him to hit Hulkenberg. Lance Stroll went out in Q1 again and came home 13th ahead of the Williams pair. Robert Kubica had a decent run but still followed George Russell home.

Antonio Giovinazzi blamed a technical problem for his spin into the gravel which prompted the Safety Car, while Magnussen joined Grosjean in retiring a few laps after the start following their collision.