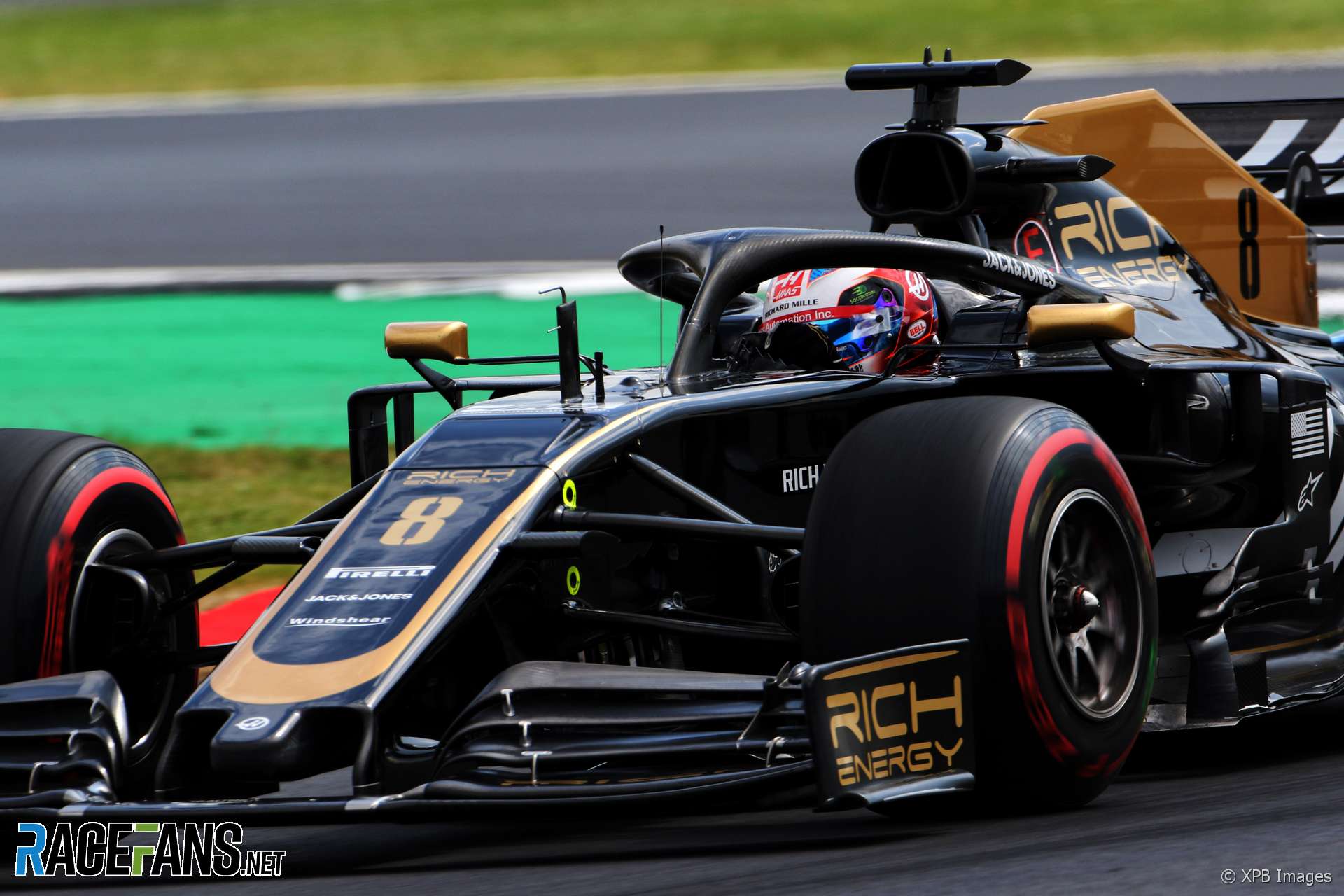 Romain Grosjean will continue to drive Haas’s car in its four-month-old specification at this weekend’s German Grand Prix while his team mate races an updated version of the car.

Haas will continue the practice is began at Silverstone, where Grosjean reverted to an Australia-spec VF-19 so the team could compare the performance of both versions in a bid to understand why it has been unable to make its tyres work properly.

The team was unable to gather all the data it wanted as the two drivers collided on the first lap of the race, forcing both to retire. “We got four turns [of data],” team principal Guenther Steiner said afterwards. “That will not help a lot.”

Kevin Magnussen will therefore test further new updates for the current specification car this weekend while Grosjean continues with the old car.

“We decided on this exercise to get data and understand better what the difference between the two cars is, good or bad, then we can see where we can make improvements,” Steiner explained.

“We weren’t sure if the update we introduced in Barcelona was better or not. We’re running this again in Hockenheim, which is a different type of track with different temperatures – they’ll be a lot higher – and, as we all know, we couldn’t get a lot of data from the race at Silverstone from either of the cars.”