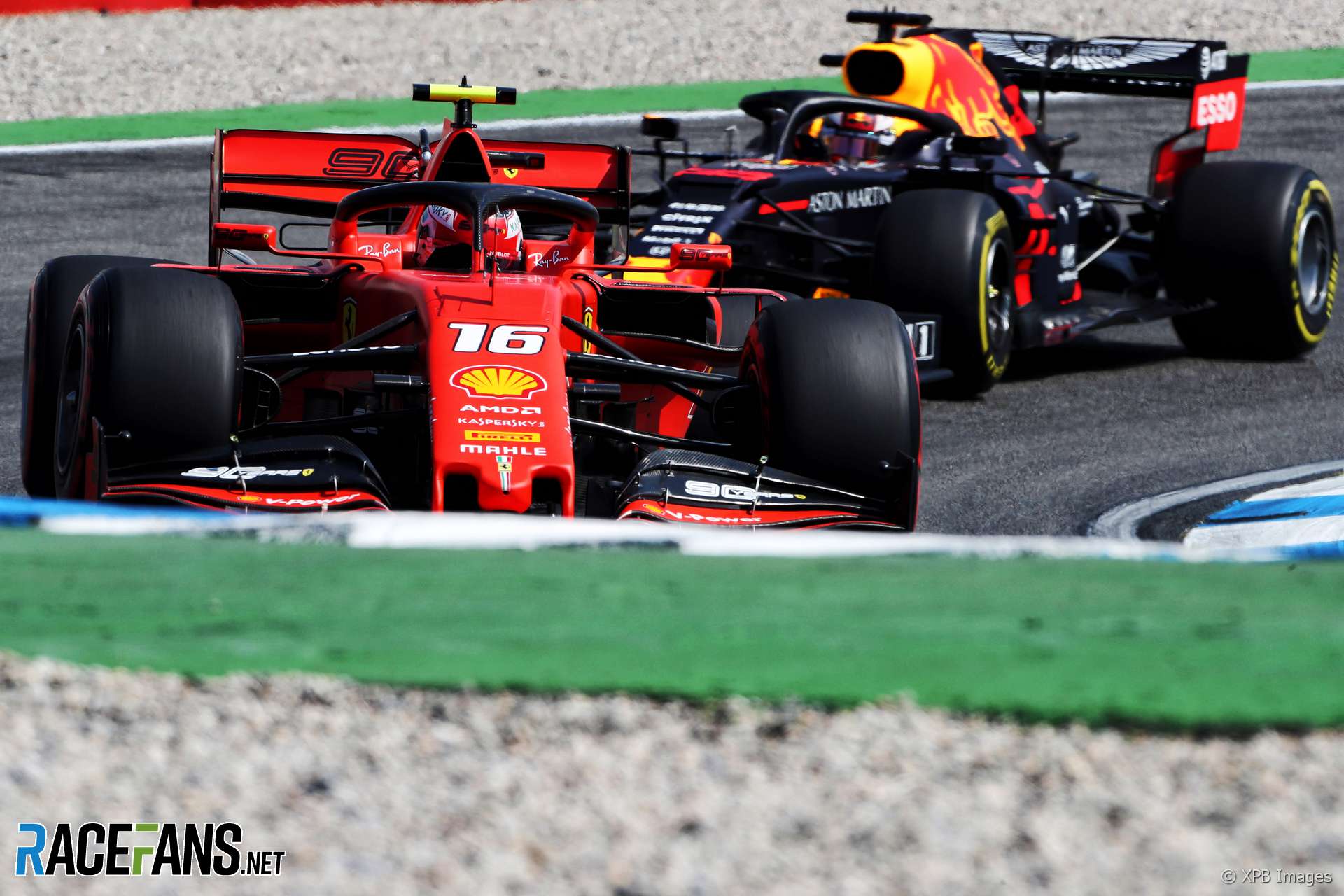 A hot track is a slow track, and so it proved at the sun-scorched Hockenheimring today. None of the Formula 1 teams have got within a second of their quickest times around the track 12 months ago.

As the heat is expected to subside rapidly over the coming 48 hours, Friday’s running will likely prove a poor guide to who’s fast and who’s not. That’s disappointing news for Ferrari, who filled the top two places in both of today’s 90-minute practice sessions.

The weather forecast is evolving rapidly at the circuit, however. Saturday is now at greater risk of rain than Sunday. However race day is still expected to be massively cooler than Friday – down by around 15 degrees from today’s peak of 39C.

Nonetheless Charles Leclerc, who was fastest of all today, is braced for an onslaught from the team’s rivals. “If it’s raining we know Red Bull is very strong. If it’s cooler we know it will help Mercedes.

“So it’s not going to be an easy day tomorrow. If it’s as warm as this I think we have our chances. If not I think it’s going to be difficult.”

Leclerc has been Ferrari’s form driver of the past few races. But Vettel was not downbeat in the runner-up spot today, feeling confident he has plenty of time in hand. “I’m pretty happy,” he said. “It was a better day.

“A bit of hiccups here and there to find the rhythm, we lost a bit of time when I had a flat spot on the medium tyre in the afternoon. But all in all it was pretty good. The car felt good. I think there’s quite a bit of margin to go faster.”

The front running trio were all more than two seconds slower than they managed last year, so we can expect the gap between them and the midfield to open up as usual. However there were some striking performances behind them.

Racing Point’s upgraded cars both appeared inside the top 10, and Lance Stroll had what looks like his best Friday of 2019 so far. Perhaps a place in Q2 finally beckons for the first time this year.

Meanwhile Romain Grosjean reminded everyone how good the Haas used to be before the team ‘upgraded’ it in Spain. He lapped just a few hundredths off Max Verstappen, and looks set to make life very difficult for McLaren and Renault in the battle for ‘best of the rest’ honours. Kevin Magnussen, however, was far from happy with the latest modifications to his current-spec Haas VF-19.

If the rain does arrive on Saturday then tyre strategy will go out of the window. But with the possibility of rain falling in both qualifying and the race, drivers will have to strike a tough balance between setting competitive times when the opportunity arises in qualifying and preserving tyre life in the intermediate and wet rubber for the race.

That will be tricky for the experienced hands. But spare a thought for the likes of George Russell, who hasn’t even driven an F1 car in the rain yet.