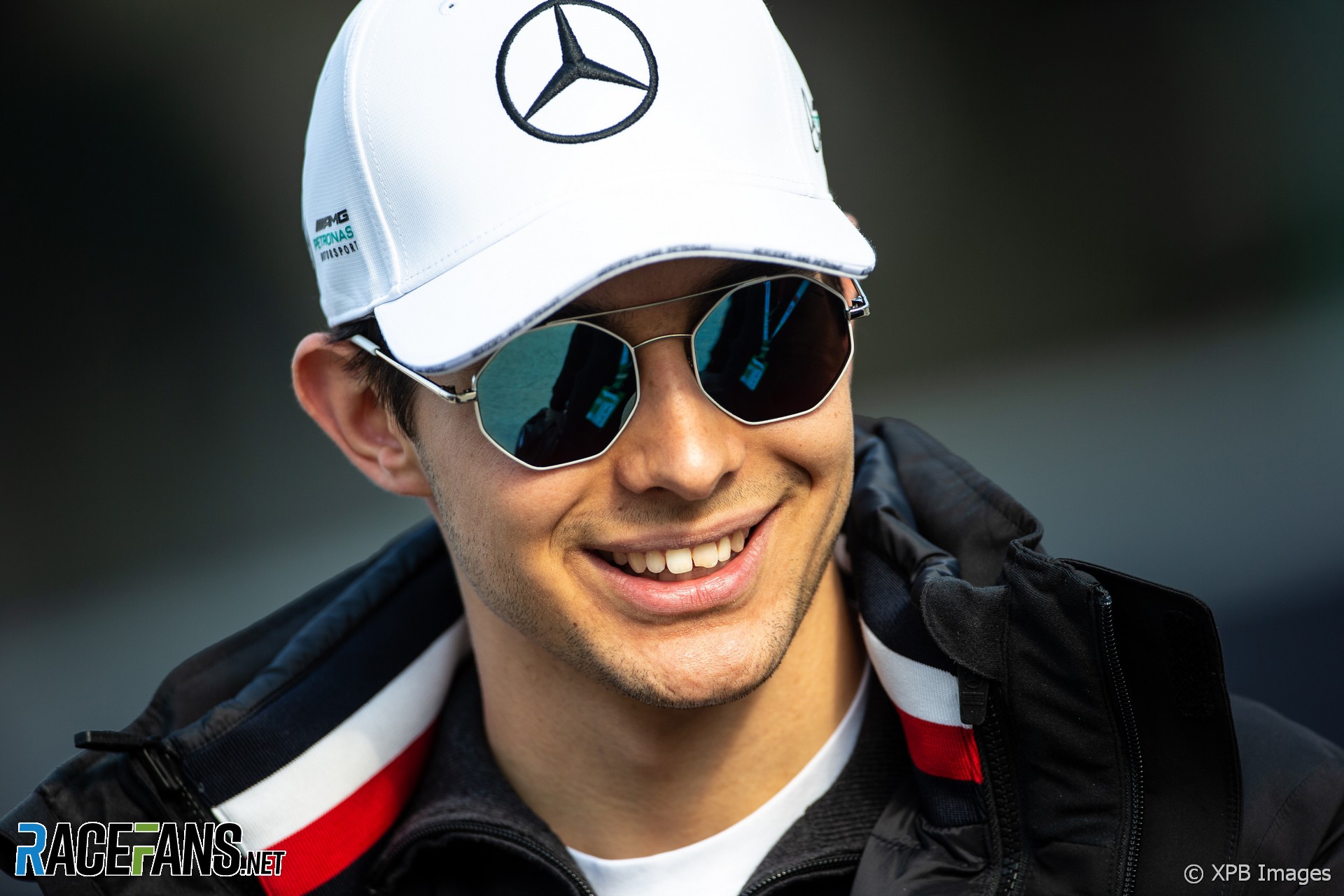 Mercedes sped Esteban Ocon to the Hockenheimring when it emerged Lewis Hamilton might not be able to take part in qualifying on Saturday. @DieterRencken brings more from the German Grand Prix paddock.

Up and ready for qualifying day. Although it’s cooled down (slightly) and cars outside show rain-speckled traces, it’s clear the heat wave is far from over. Still seeing the mercury at low-twenties at 7am is better than almost 30C, so things are moving in the right direction. However the much-threatened rain during Saturday’s track activities ultimately fails to materialise.

With final practice scheduled for midday there’s no need for an early start, so I catch up on Mercedes grand prix history. The team has made a song and dance about its 125th motorsport anniversary at this race, which it is sponsoring. But Mercedes as a brand was first produced and raced in 1901, so does 2019 not mark the 118th year?

Depart for circuit – traffic is heavier than the day before, and police are on hand to deter queue-jumpers. I’m in the media centre within 45 minutes. Back in the early 2000s the same journey took anything up to two hours due to race day attendances of 100,000 thanks mainly due to the enthusiasm of Michael Schumacher’s ardent supporters.

In the paddock, I follow up on various ‘silly season’ rumours. The pieces are slowly starting to drop into place in the 2020 F1 driver market.

I also pick up that Esteban Ocon is on his way to the circuit as a precautionary measure after Lewis Hamilton suffers flu-like symptoms. Ocon, who did overnight simulator duties at the Mercedes base in Brackley, flew to Frankfurt, and was collected by a driver who whisked him to Hockenheim.

However the world champion, who has the Netflix crew following him this weekend, ultimately proves more than capable of rising to the occasion. 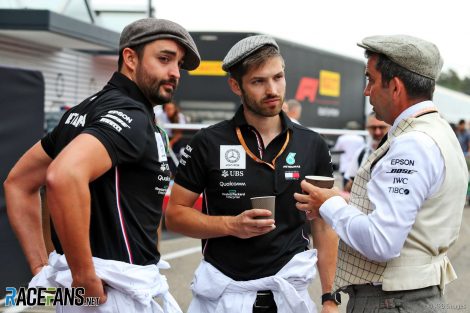 After a routine final practice session its time for Mick Schumacher to drive his father’s Ferrari F2004. Its howling V10 is a wonderful sound even to sore ears.

But equally, his laps drive home by just how much F1 has changed due to environmental factors. Back then motor manufacturers regularly unveiled production V10 and V12s; now many high-performance power units are hybridised V6s. Simply put, the world changed, and F1 was forced to follow suit.

Before qualifying I stop for lunch at Mercedes, where I have the chance to admire the superb period attire being sported by team members to fit their anniversary celebrations.

The less said about Ferrari’s humiliation in qualifying the better. Both cars are sidelined with technical problems, Sebastian Vettel for the second time in three race weekends.

That is absolutely unacceptable given Ferrari’s resources, facilities, budgets, bonuses – and its veto. Maurizio Arrivabene, deposed earlier this year in favour of Mattia Binotto, must be grinning into his grizzly beard… 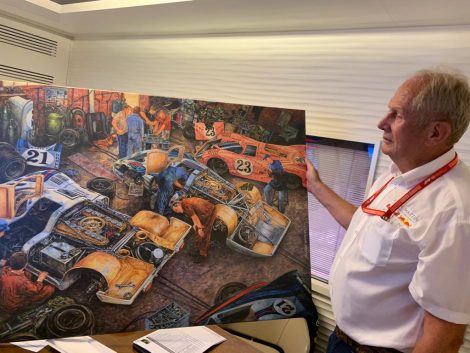 I speak to the Toro Rosso pair and Red Bull’s Pierre Gasly after qualifying, then attend McLaren and Mercedes’s media briefings, using the latter to bring up another question relating to their motorsport heritage.

While waiting at Red Bull I spy Helmut Marko, so show him my photos of Porsche’s 50th anniversary display of the 917 taken on Wednesday, including those of his 1971 Le Mans-winning ‘White Giant’.

He calls me into his office and shows me a wonderfully detailed oil painting of a garage scene from that race – painted from a period photograph. Coincidentally Helmut had bought the painting this morning.

From the paddock, I head to Heidelberg where McLaren hosts a lively and entertaining media dinner for around 20 of us. I’m back at base by midnight, where the heat and humidity has finally abated enough for a decent’s nights sleep to be possible