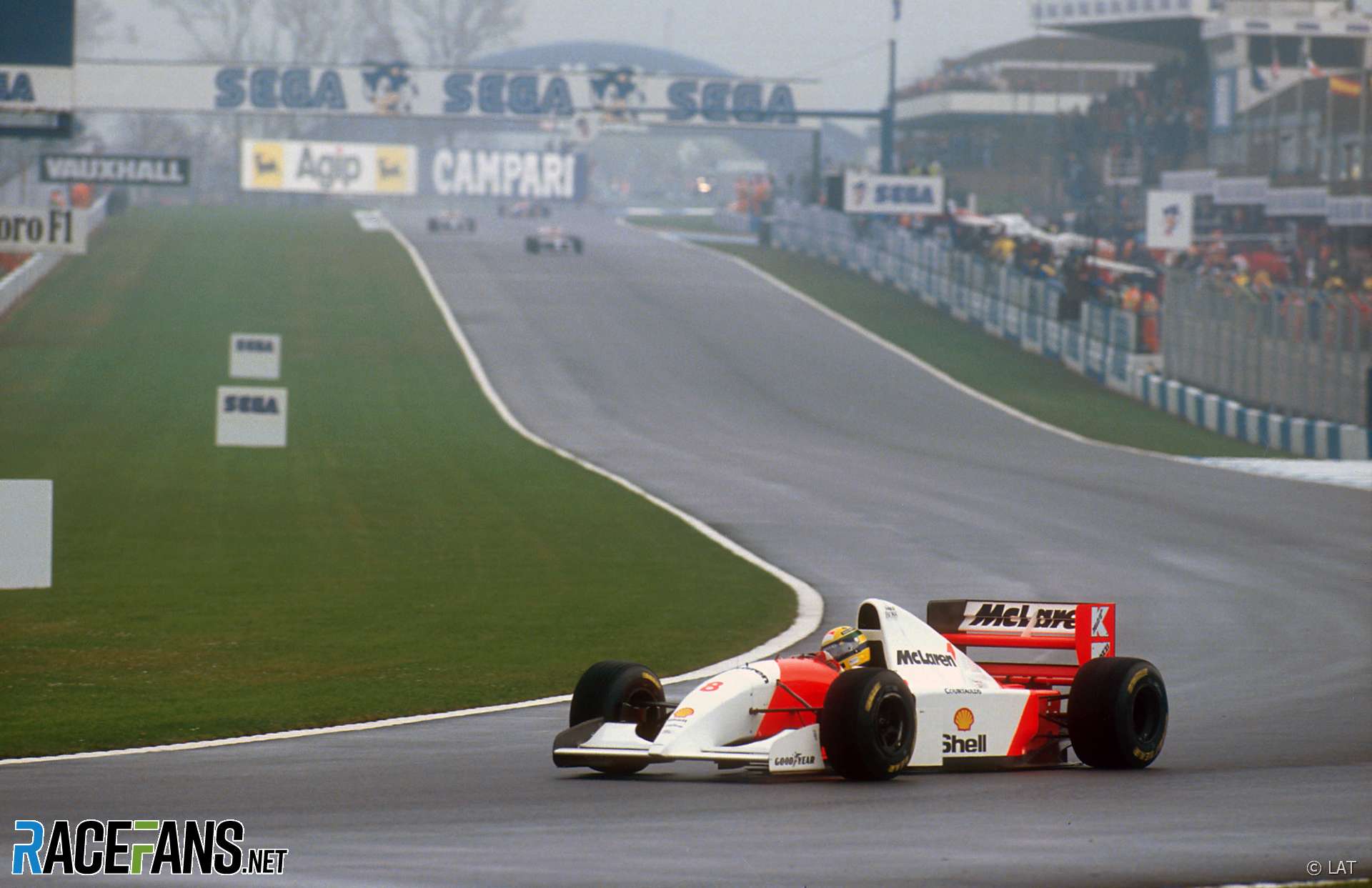 Ayrton Senna’s win in mixed conditions at the Leicestershire circuit’s only world championship race 26 years ago has long been regarded one of F1’s most dramatic races.

But Horner believes Max Verstappen’s drive to victory at the Hockenheimring last weekend, in a race of similarly unpredictable conditions which saw a total of 78 pit stops, bears comparison. “It was an amazing race,” he said. “It was a bit like Donington 1993 I think.”

Both Red Bull drivers suffered poor starts to the race, which Horner confirmed was due to engine mapping problems.

“The start was horrible,” he said. “Both cars had an issue at the start. We need to look into that. They both held their heads at that point.”

Horner praised Verstappen’s tyre management in the opening stint on intermediate tyres. “We knew that this track’s pretty aggressive on the left-hand front and it was a question of really managing that tyre and he did a fantastic job at doing that.

“I think that the combination of him working with his race engineer, keeping him briefed what was going on, he was still able to put Valtteri [Bottas] under quite a lot of pressure.”

Verstappen had a spin after the team put him on the harder medium compound tyres when the track first became dry enough for slicks.

“We thought we might be running that tyre to the end of the race and we were quite concerned about the graining on the soft doing that longevity,” explained Horner. “There was some teams that went soft, some didn’t.

“And then Max had a spin on his out-lap but he kept it together. With hindsight it wasn’t the right tyre to have put on at that stop. In hindsight that was the only mistake we made today. Then there was a Safety Car and then everybody’s back in for inters.”

However Verstappen moved into the lead after Lewis Hamilton hit a barrier and Bottas’s pit stop was delayed. “From there on I think I looked up and it was only like lap 30 out of 64 and we’d already done three pit stops by that stage.”

In the second half of the race Verstappen was able to switch to the soft tyres and retake his lead. Red Bull avoided bringing him in for a pit stop during the final Safety Car period, when Bottas crashed, because they thought it was too risky.

“He just had a pit stop window in the event of a Safety Car, which came out again. But we decided not to take the risk with the wet pit lane and so on. He was just managing the situation.

“I asked him not to go for the fastest lap which he then took, whilst not abusing the kerbs and anything like that.

“So he just kept his head and managed the car, the tyres. You can hear he was almost like on a Sunday afternoon drive with the dialogue with his engineer. So [it was] a thriller.”