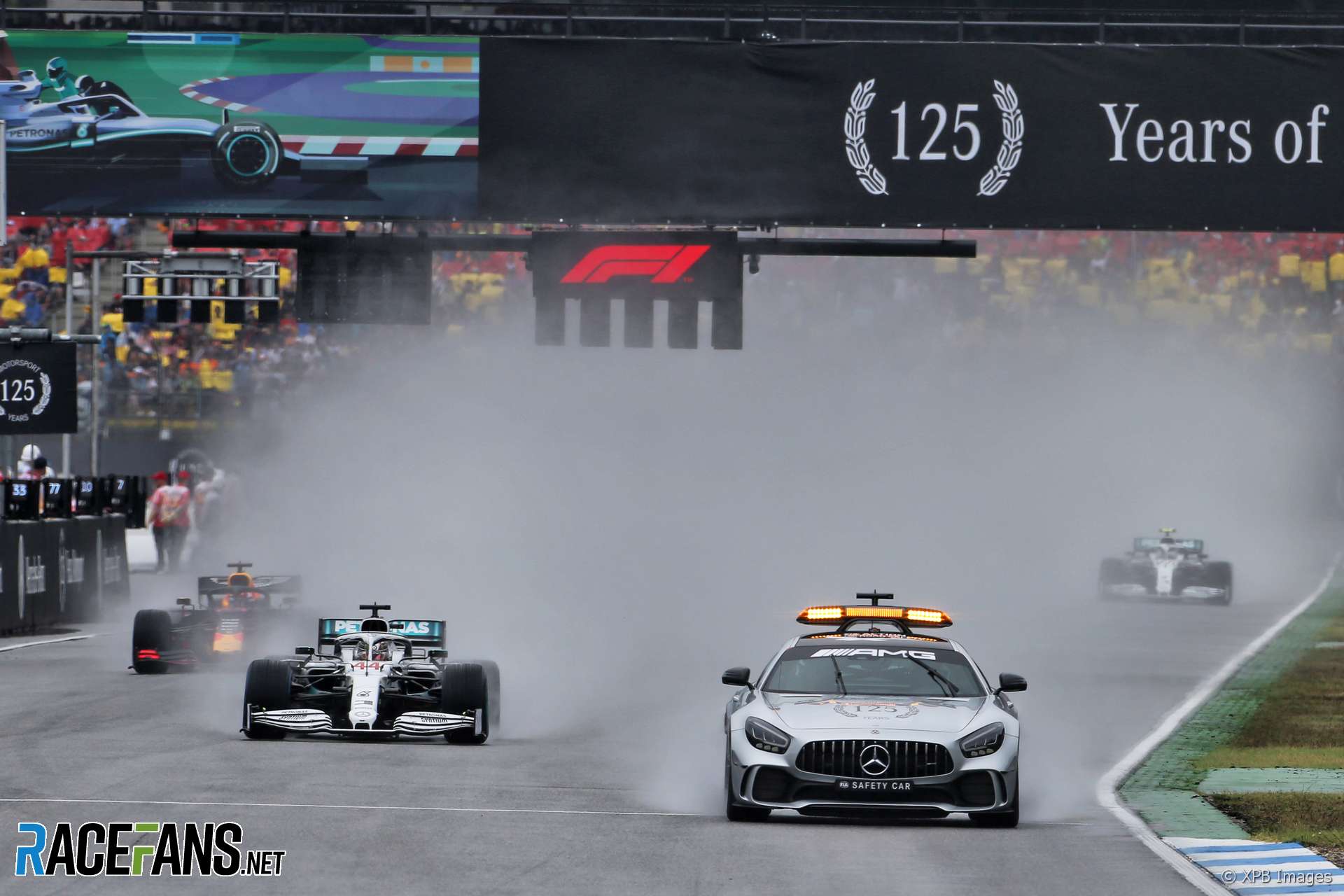 The FIA had no concerns about using Formula 1’s wet weather standing start procedure for the first time at last weekend’s German Grand Prix, according to race director Michael Masi.

Rules allowing the race director to begin the race behind the Safety Car before ordering a standing start were introduced in 2017, but had not been used in F1 until last weekend.

However Masi said they had full confidence the track was safe enough for a standing start despite the heavy rain at the circuit.

“We were judging [the conditions] all the way through up until the 10 minute signal,” he explained. “We sent the Medical Car out to do a few laps as well with Alan van der Merwe driving that. He did a couple of in- and out-laps just to give us his observations on how the track was improving, or was it changing.

“Obviously weather services, everyone putting their hands out to let us know, so it was sort of a mixture of all the information.”

When the formation laps began Masi and the race stewards listened to the radio communications from all the drivers to judge whether they could go ahead with the standing start.

“[We] split the driver radios between us to listen what their feedback was, in general what they thought of the track as it was evolving.

“To be honest, the way it was, it was in hindsight a very simple decision to go for a standing start restart, or to start the race.”

The combination of cars lapping the circuit and a break in the rainfall allowed them to get the standing start done, said Masi.

“When I first went out for my inspection at 2:10 or thereabouts, the track was still quite wet. And we saw after the in/out laps, the roll-around laps, that it had improved.

“Effectively the rain abated, [that] helped us out as well. When you’ve got 21 cars including the safety car going around it helps.

“We saw also from a standing start side of it, it was track conditions, overall level of water, the whole thing comes into the equation. A lot of it’s just instinct to be honest. Gut instinct.”