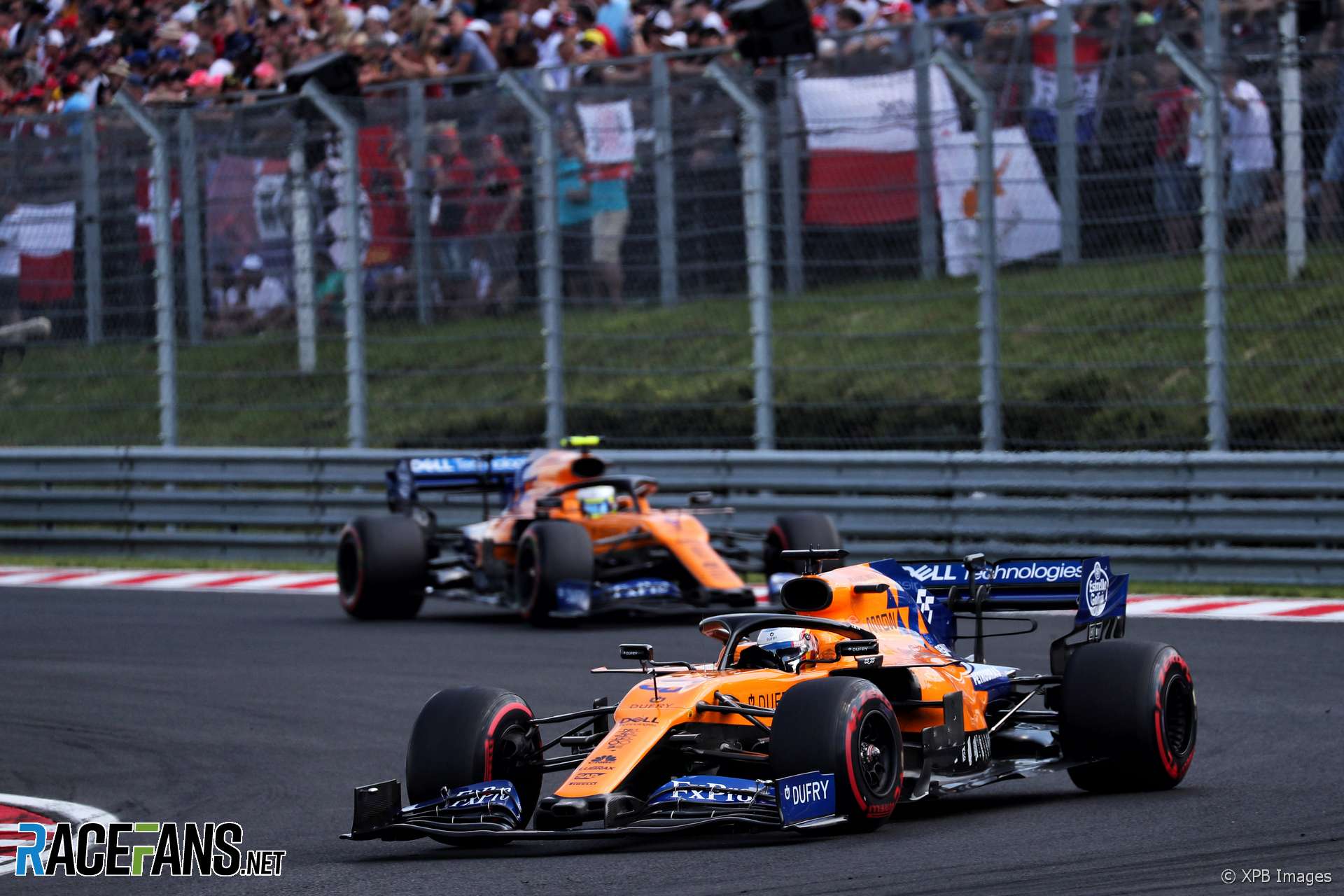 McLaren’s performance in the Hungarian Grand Prix has given the team a confidence boost as it expected the Hungaroring would be one of the most difficult tracks for their car.

The team previously identified its performance in slow corners as one of its most significant weaknesses. However the teams cars swept the fourth row of the grid, with only the much quicker Red Bulls, Mercedes and Ferraris ahead, and Carlos Sainz Jnr equalled their best result of the season so far with fifth position in the race.

“On a track where we thought we have a lot of low-speed stuff, also where we definitely had a weakness on the car, to see now that we could cure some of these issues with the updates we were bringing and with understanding the car better and better and how to use it, it’s obviously great,” he said.

“Clearly we have been the fourth quickest car around here and obviously a big boost now for us going into the break first of all. And then also for the second half of the season because we have some more tracks coming up with low-speed sections like Singapore and so on. That’s obviously very, very encouraging.

“We will still bring parts also after the summer break, updates. So well done also to the aero department at home to pull off all these updates. It looks good obviously now for the fight for [fourth] in the constructors championship in the second half.”

McLaren raced its aerodynamic upgrades in Hungary despite rain on Friday limiting their opportunity to test them, Seidl added.

“We had a new rear wing and some additional small bits which worked out of the box because we had really limited running on Friday. So there wasn’t really time to go through the normal test programme. [It’s] very encouraging.”

23 comments on “McLaren very encouraged by performance on “weakest” track”