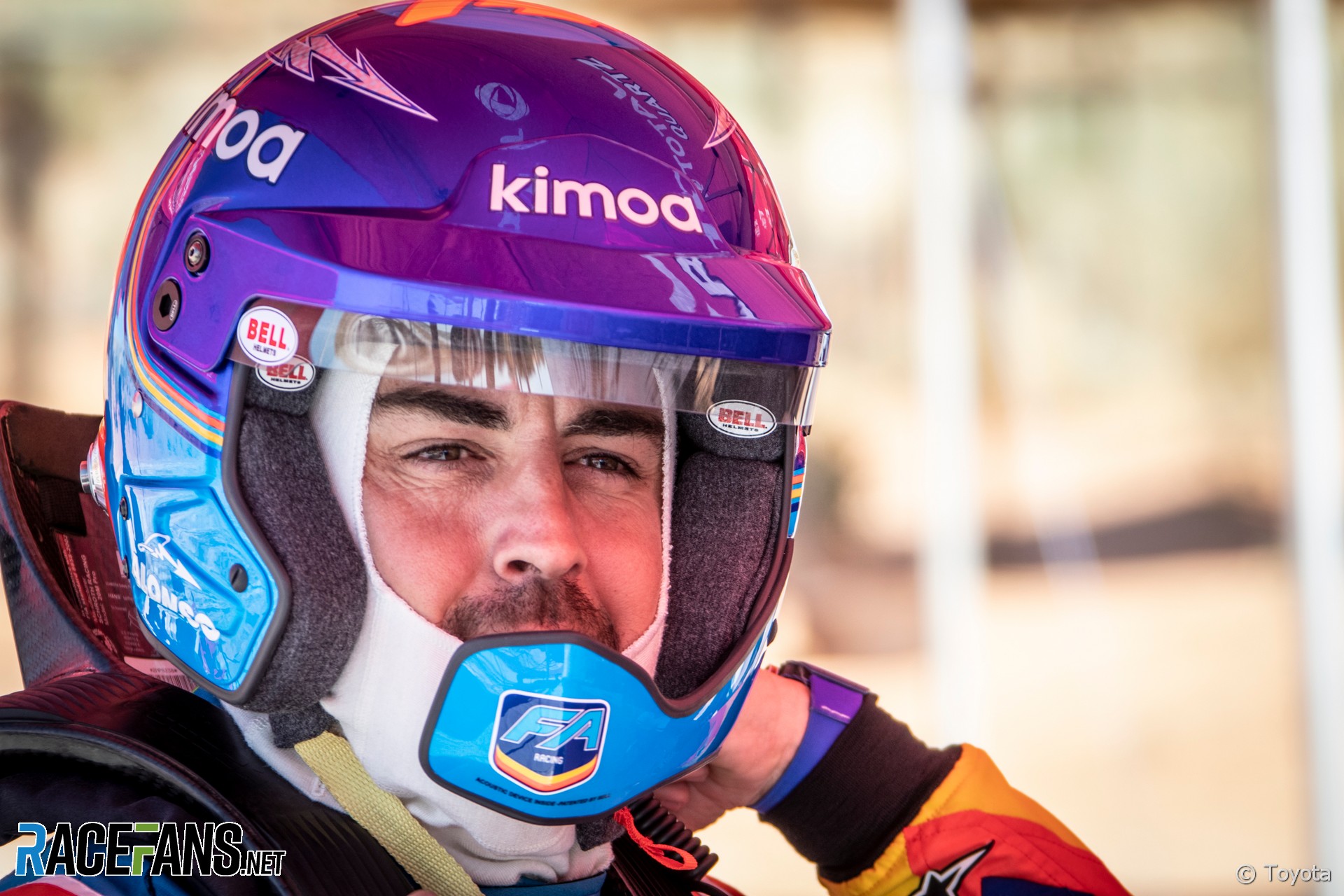 Fernando Alonso will undergo an extensive training programme for the 2020 Dakar Rally with Toyota, but has not yet confirmed he will participate in the event.

The two-times Formula 1 world champion will hone his rally raid skills in Europe, Africa and the Middle East ahead of the January event, which will take place for the first time in Saudi Arabia.

Alonso previously tested Toyota’s Hilux machine in March and will spend the next five months familiarising himself with the car. His testing programme starts today, the Japanese manufacturer has confirmed.

As part of his training Alonso will participate in the fifth round of South Africa’s Cross-Country Series, the Harrismith 400. Toyota describe his entry as a “non-competitive first outing”.

“I got a taste of off-road rallying earlier this year and it left me with a good feeling that I want to prolong,” said Alonso.

“I knew it would be a totally different experience with a steep learning curve but the Hilux just felt great. It gave me so much confidence so quickly and I was improving loop after loop.

“I’m really looking forward to the next few months of training, getting to know the Hilux and working with the team. I’ve always maintained I want to pursue new challenges in different disciplines and I’m at a great team to do that.”