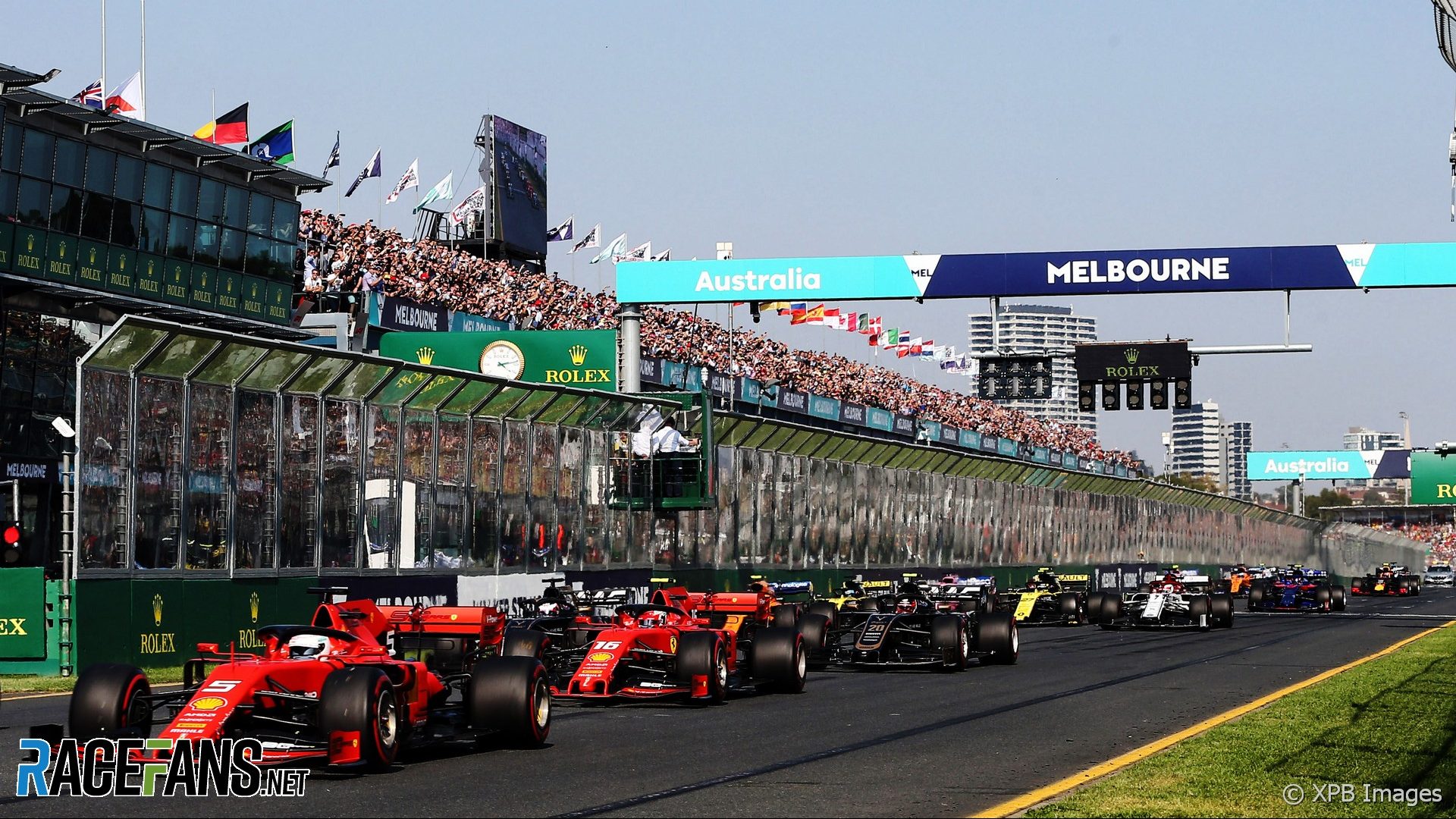 Unless a draft 2020 F1 calendar is announced by midnight on Saturday, the release date will be the latest in recent history. In 2016 the first 2017 draft was announced in April, while previously a fixture list was generally released during the Hungarian Grand Prix weekend.

Those who have vacations and even weddings to plan around race weekends are eager to know why the delay and when next year’s race schedule will appear.

Once rumours of dates trickle out, hotels, airlines and car rental outlets inflate prices on the basis that these can be reduced should there be changes, but can’t hike them retrospectively. Thus, the sooner a draft calendar is released, the better for all concerned save the leeches, who have no skin in the game, but cream the benefits at the expense of fans.

That said, this year’s calendar is arguably the most complex and difficult the sport’s commercial rights holder, Liberty Media, has yet constructed, for not only are there two new events in 2021, but Spain miraculously found around €20m to stage a race despite pleading poverty just a few months ago.

Where Liberty originally planned for 21 rounds, it now needs to slot in another date, or forfeit 20 ‘Bernies’, F1-speak for a million after the sport’s former tsar donated that amount to Britain’s Labour Party in the nineties.

Then there is the very real threat of Britain’s departure from the European Union, Brexit, disrupting the free movement of people and goods across the Channel. With each team having at least 15 trucks in circulation during the European season, and the largest deploying up to 30 transportation of their hospitality palaces, hundreds of trucks need to clear British customs in both directions for one weekend. That excludes support services and shipping of tyres, engines, fuels, oils, et cetera.

According to a source in the loop, the British Grand Prix promoters requested some form of priority service, but were told ‘foodstuffs and medicines will receive priority, but not F1…’. Thus it is not feasible for the British Grand Prix to run back-to-back with another round due to the risk a few trucks could be delayed, potentially scuppering multiple events.

As a newbie, Vietnam poses another challenge: due to the complexities of clearing F1’s airfreight in and out of virgin territory for the championship. On average teams have 20 tons of kit, so over 200 tons when all is taken into account. Back-to-backs are best avoided, so although the country lends itself perfectly to twinning with, say, China, it may be unwise to do so in its inaugural year.

There are also contractual obligation to contend with. As race promoters sign up or extend existing contracts they increasingly stipulate certain date windows: For example, Monaco’s favoured weekend is the Ascension Day period, as that minimises business disruption, while Australia bags the opening round, and Abu Dhabi the closer. Zandvoort is said to have specified the opening European date.

Montreal insists on the June weekend which traditionally marks the start of summer locally. Sochi favours the last weekend in September as that coincides with a Russian festive weekend, and Red Bull Ring wants the first weekend in July.

To illustrate the complexities, take a 2021 year planner, then block off the weekends outlined above and factor in at least a fortnight ahead/after of the British round. Now try accommodating the remaining 15 races while respecting car build windows and testing regulations – all while taking regional weather patterns, local religious holidays, and (potentially) clashing major sporting events – motorised and other – into account.

For example, the Clause 10.5 of the 2020 F1 Sporting Regulations states that testing of current cars (TCC) shall be limited to: “Two tests, open to all competitors, of no more than four consecutive days’ duration, carried out between 1 February and ten days before the start of the first event of the championship.”

Forget not that cars and kit then need to be returned to base ahead of airfreighting to Australia, then be customs cleared before delivery to the circuit in downtown Melbourne. That entire process takes a week, and possibly more for British teams after Brexit.

On top of this, the 2020 Tour de France start is scheduled for Nice during the last weekend in June, which has recently been the French Grand Prix date. Both the cycle and F1 races at Le Castellet are supported by the city and region, and hence a desire to move the latter date to minimise traffic congestions and maximise tourism benefits. Why not swap the grand prix date with that of Austria, a week later? Because Red Bull sponsors a music festival that weekend and needs to maximise its promotional activities.

Against that background, solving a Rubik’s Cube whilst blindfolded would be simpler and less time consuming than cramming 22 F1 races into 2020 and keeping everyone happy.

Nonetheless, we’ve given it a try. After speaking to a number of race promoters, who are in turn in contact with others, then taking known factors into account, we have been able to construct a draft calendar using known dates as base:

Note: This is a hypothetical calendar based on the best information available at the time of writing
* Most likely date
** Tentative date