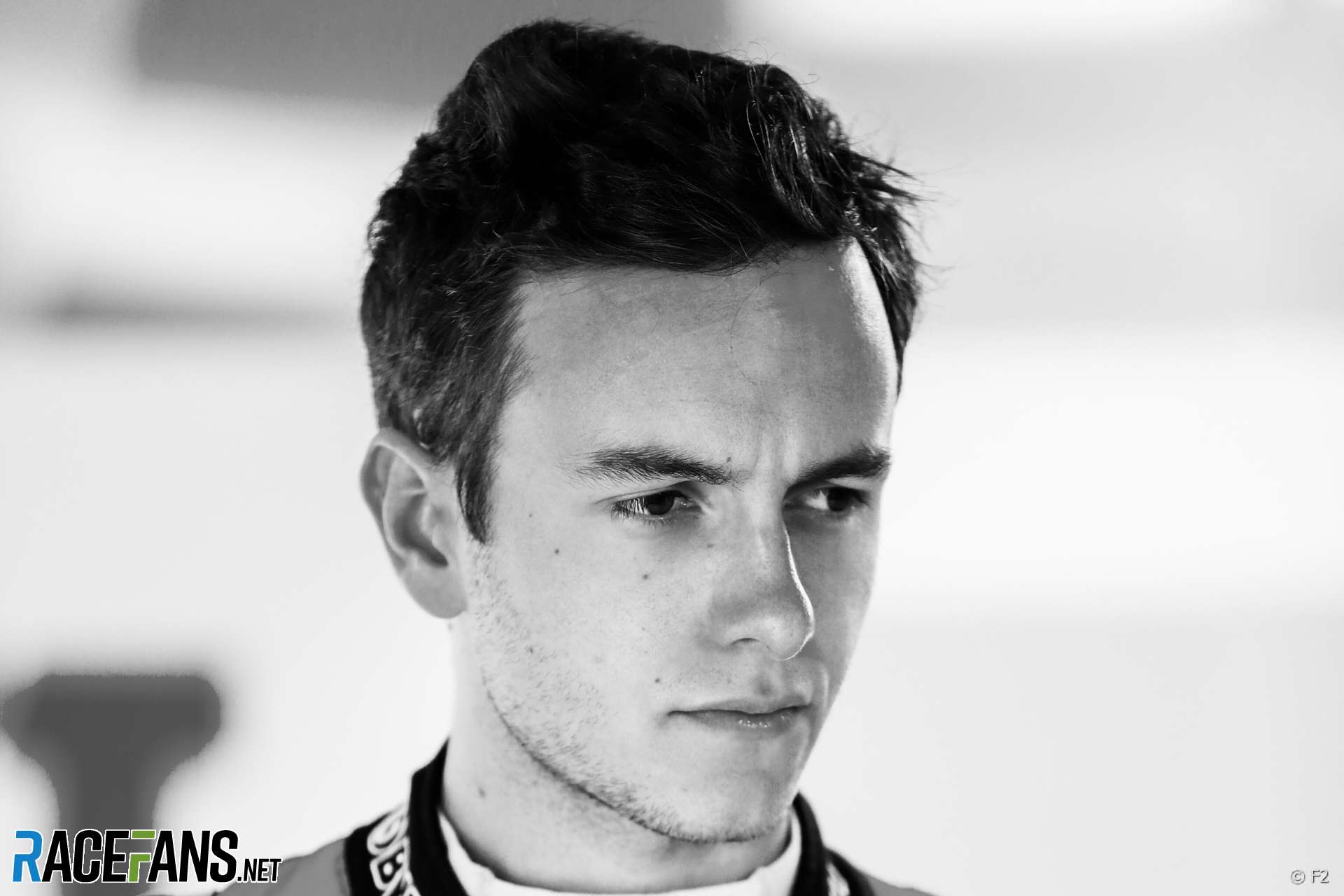 Anthoine Hubert, who has died following a crash in today’s Formula 2 feature race at Spa-Francorchamps, was on an upward trajectory which promised to make him France’s next Formula 1 driver.

The 22-year-old was the reigning GP3 champion and had earned the backing of Renault’s Formula 1 team, who placed him on their young driver programme. He had already won two races in his first season of F1 when the promising career of a popular driver was cruelly cut short.

Hubert’s early karting successes propelled him onto the world stage alongside several other bright talents in the early 2010s. He finished third in the FIA’s under-18 karting world championship in 2012, one place behind future F1 driver Charles Leclerc.

He took to single-seaters brilliantly. After stepping up to the French Formula Four class in 2013 he won the title first time out, winning half of the 22 races. That earned Hubert the backing of France’s auto club, the Federacion Francaise du Sport Automobile, as he made his next step up the junior driver ladder.

Hubert moved into Formula Renault 2.0, and contested a full season in the competitive Eurocup series in 2014. It took a year for the wins to arrive, but in 2015 a pair of victories lifted him to fifth in the standings, while he took another four wins in the ALPS series.

In 2016 Hubert graduated to Formula Three and showed clear progress during his debut season at Van Amersfoort. He starred at the Norising street course, taking his first pole and win, plus a second place. While he didn’t make it onto the podium again that year he added to his points tally in all bar one of the remaining 15 races.

That consistency proved his trademark two years later when he captured the GP3 title, becoming the final driver to win the series before it was renamed as the new Formula Three championship. Having finished fourth in 2017 behind his ART team mates, Hubert was the pre-season tip for the title, and duly ground down the competition with his regular points-scoring. Only once all year did he leave a round without a podium finish.

He didn’t take as long to play himself in after graduating to Formula 2 with Arden this year. Hubert took fourth in the season-opener, and quickly established himself among the leading rookie talents.

Eighth place in the feature race at Monaco gave him pole position for the sprint event, and he duly resisted Louis Deletraz to grab his first F2 win in a photo finsh, the pair separated by five hundredths of a second as they crossed the line side-by-side. Another popular win followed a month later in his home round at Paul Ricard, where Hubert again converted a sprint race pole position.

Problems in the following races kept him from adding to his points tally. He stalled at the start of the feature race at Silverstone and was excluded from qualifying at the Hungaroring after the wrong tyres were fitted to his car. Qualifying at Spa brought another frustration as the session was halted while he was on course to improve his lap time.

On the second lap of today’s race, Hubert went off at the high-speed Raidillon corner and was hit by fellow rookie Juan Manuel Correa. The medical team swiftly attended the scene, but just over an hour later Hubert succumbed to his injuries.

All at RaceFans send our sincere condolences to Hubert’s family and friends, and his colleagues and competitors in Formula 2.