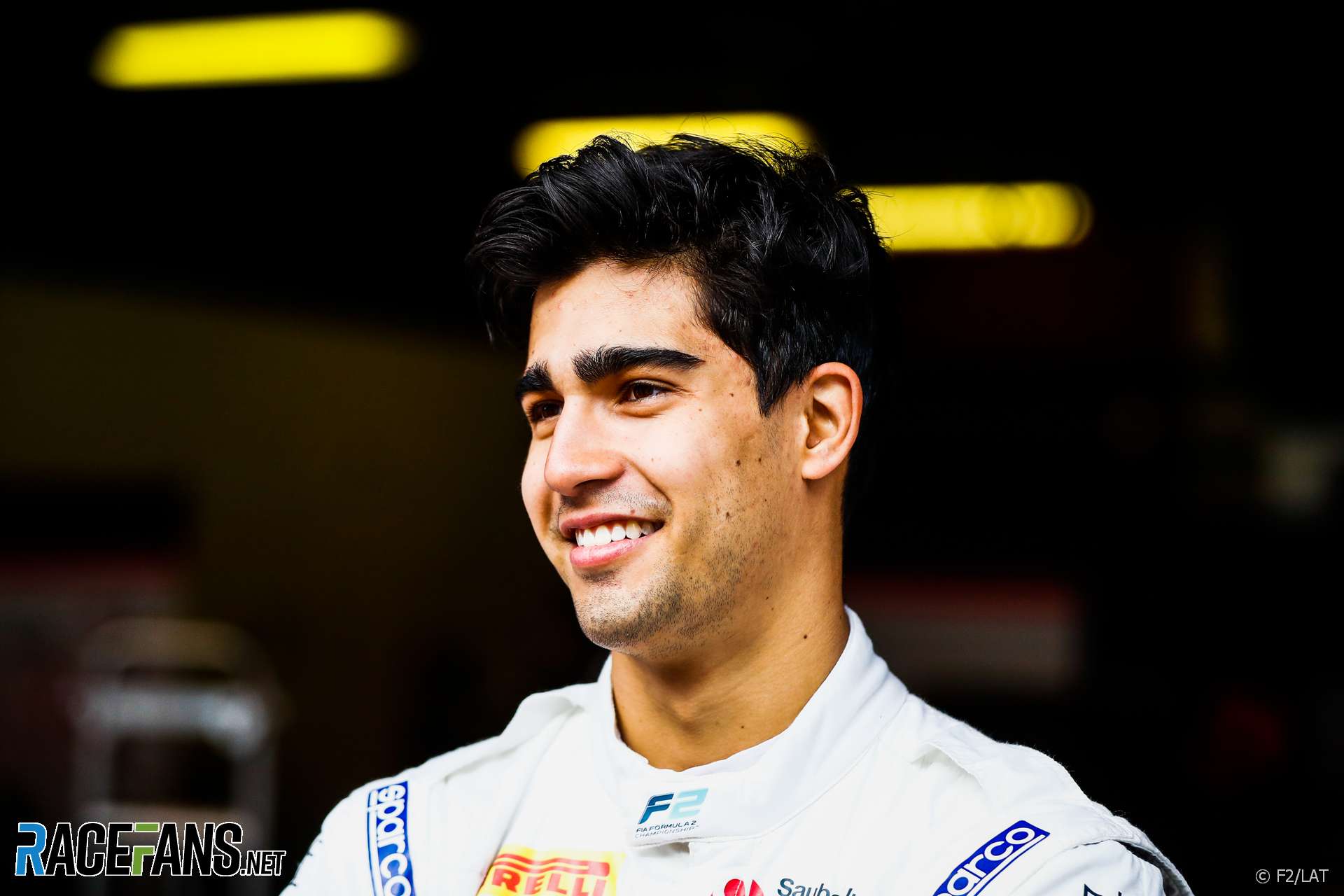 Formula 2 driver Juan Manuel Correa, who was involved in yesterday’s crash which claimed the life of Anthoine Hubert, is in intensive care following surgery for his injuries.

The Sauber Junior Team driver, whose conditions is described as “stable”, sustained fractures to both legs and a “minor” spine injury in the crash, according to his media representatives.

The 20-year-old suffered “fractures to both of his legs and a minor spinal injury,” they said in a statement. “Correa underwent surgery and is resting in intensive care.”

“At the current moment, Juan Manuel Correa’s condition is stable,” they added.

Both F2 races have been cancelled following yesterday’s crash. Correa’s car struck Hubert’s after the Arden driver made contact with the barrier on the outside of Raidillon on the second lap of the race.

“He was taken by helicopter to a hospital where he underwent surgery,” said the statement. “Juan Manuel remained conscious the entire time until his admission to the operating room.

“While you keep Juan Manuel in your thoughts and prayers, please also pray for the well being of Anthoine Hubert’s friends and family. In motorsports, we are a family, and we lost one of our family members today.

“More updates on Juan Manuel’s condition will be made public when available.”