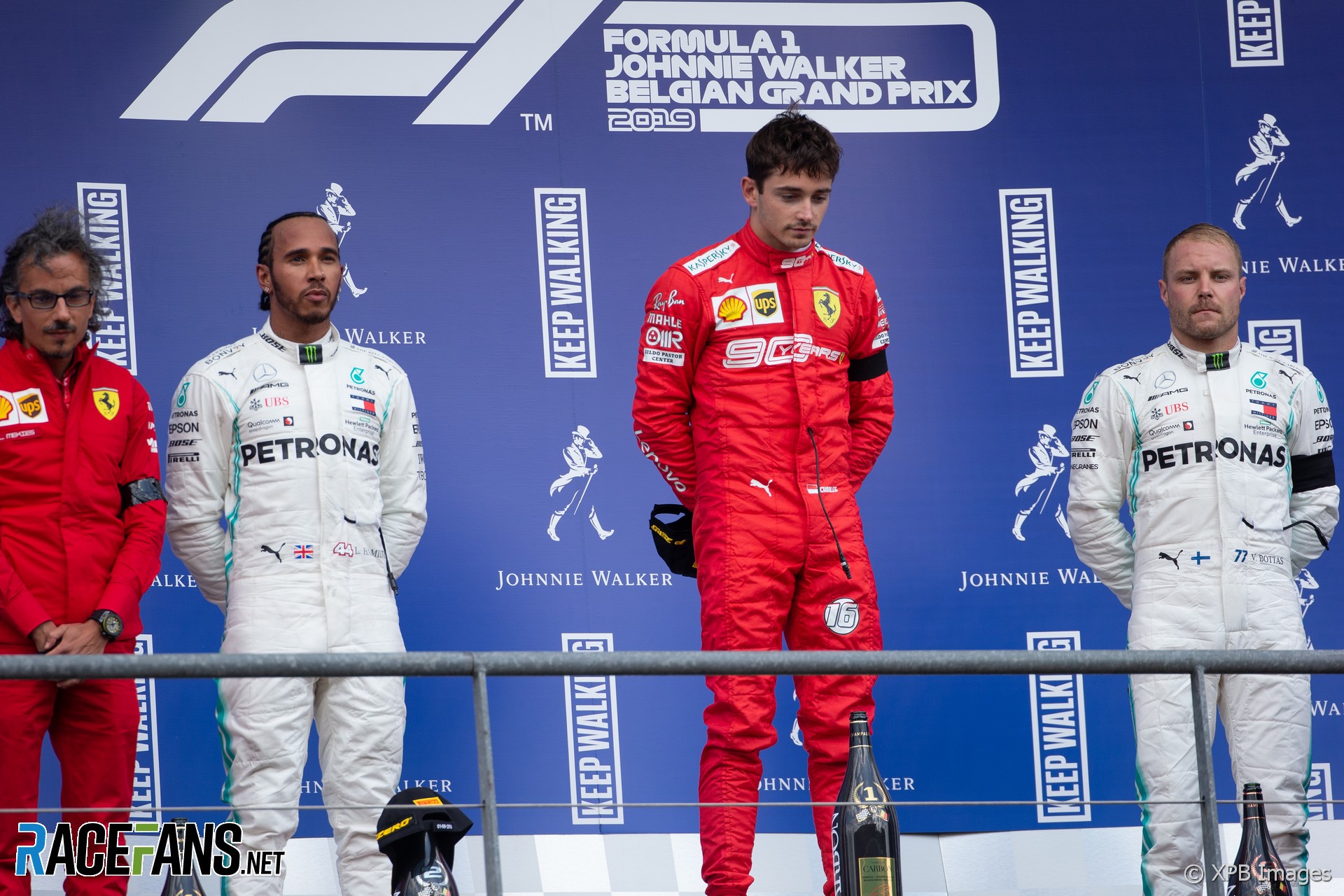 Charles Leclerc says it will take him a few weeks to fully appreciate and enjoy his first Formula 1 victory, which he achieved the day after his friend Anthoine Hubert was killed.

“It’s very difficult to enjoy this first win with the situation we’ve had yesterday,” said Leclerc.

“Overall it means just a dream come true. Since a child I’ve been looking up to Formula 1, dreaming to be first a Formula 1 driver, which happened last year, then driving for Ferrari this year, then the first win today.

“So it’s a good day but on the other hand losing Anthoine yesterday brings be back to 2005, my first ever French championship, there was him, Esteban [Ocon], Pierre [Gasly], myself and we were four kids that were dreaming of Formula 1. We have grown up together in karting for many years and to lose him yesterday was a big shock for me but obviously for everyone in motorsport.

“So it was a very sad day and very difficult to enjoy it fully today hopefully in two or three weeks I will realise what happened.”

Leclerc admitted it had been difficult to return to competition on the track less than 24 hours after Hubert was killed in a crash at Raidillon.

“For me it was definitely the first situation like that on a track where you race the day after,” he said. “So it’s obviously quite challenging to close the visor and go through the same corner at the same speed you did before.”

He praised the work the FIA has done to improve safety standards in the sport but said he does not believe motor racing can ever be made completely safe.

“I think everyone is working extremely hard to try to improve the security of the sport which I think should always be the priority,” he said.

“But then it will always remain a dangerous sport. Obviously once you are going at this speed it is dangerous. And then here Eau Rouge is quite dangerous because the wall is quite close. So there will always be some corners that are challenging, that are more dangerous than others.

“But overall I think the FIA has done an incredible job in the last 20 years to improve safety in our cars.”