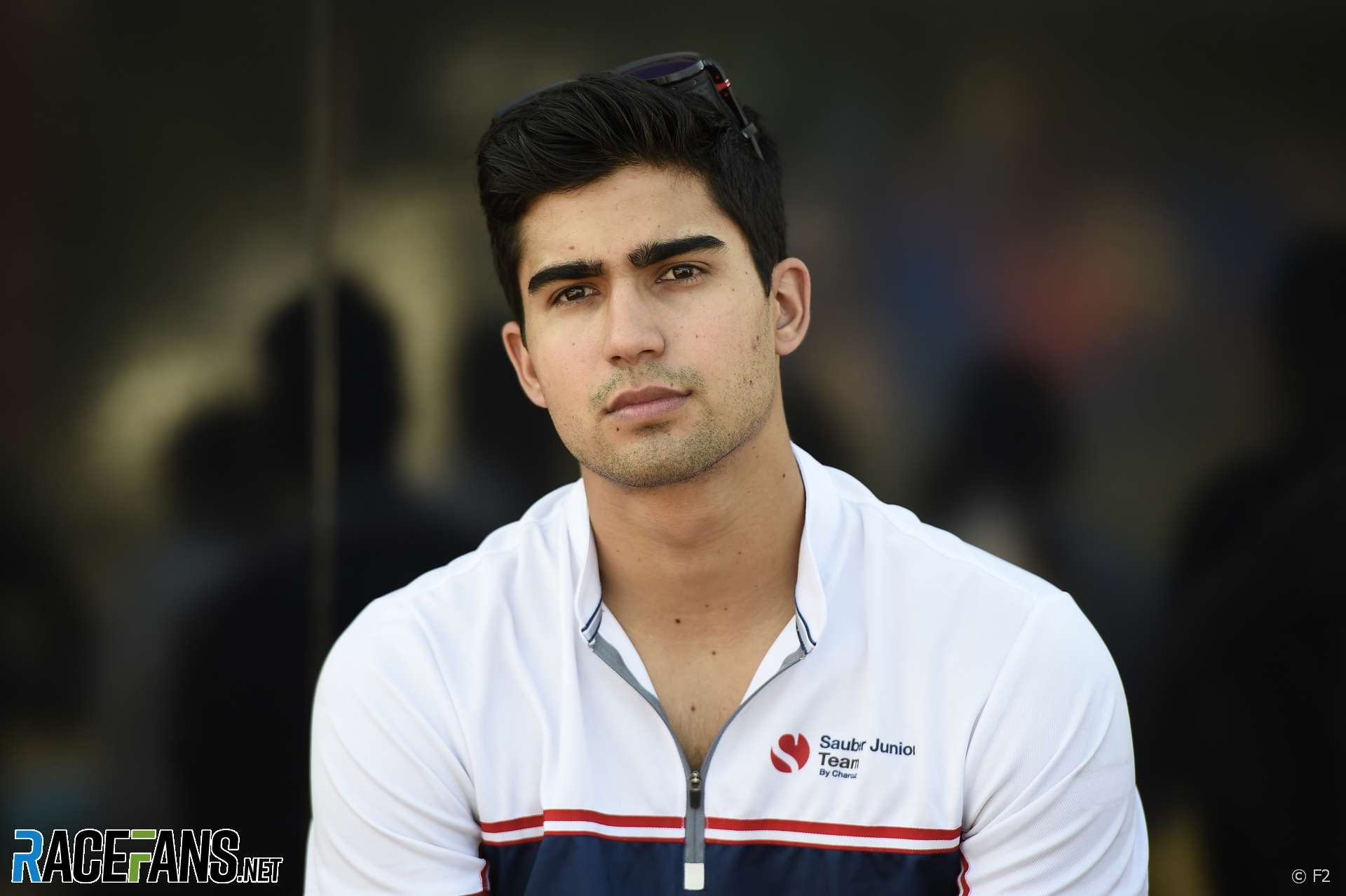 Juan Manuel Correa, the Formula 2 driver who was seriously injured in Saturday’s crash which claimed the life of Anthoine Hubert, is facing a “very lengthy rehabilitation”.

A statement issued on his behalf on Monday said the 20-year-old Sauber Junior Team driver will remain in intensive care for at least another 24 hours. Hi conditions remains stable “after a lengthy surgery earlier yesterday to repair fractures to both of his legs,” the statement read.

“Juan Manuel will remain in intensive care for at least another 24 hours to ensure that his condition can continue to be monitored by his surgical team.”

Correa has been told of Hubert’s fate following the crash.

“His parents are at his bedside can confirm that he is fully aware of the events that happened at the Circuit Spa-Francorchamps on Saturday and are providing support and comfort to their son who is completely overwhelmed with sadness,” the statement added. “Juan Manuel sends his well wishes and prayers to Anthoine Hubert and family.

“Juan Manuel and his family are very thankful to all of the fans for messages voicing their concern. Once his injuries have stabilized doctors will determine when he can be transferred back to the United States via an Air Ambulance to continue with a very lengthy rehabilitation program.”

Correa’s car struck Hubert’s at high speed at the exit of Raidillon after the Arden car hit a barrier.