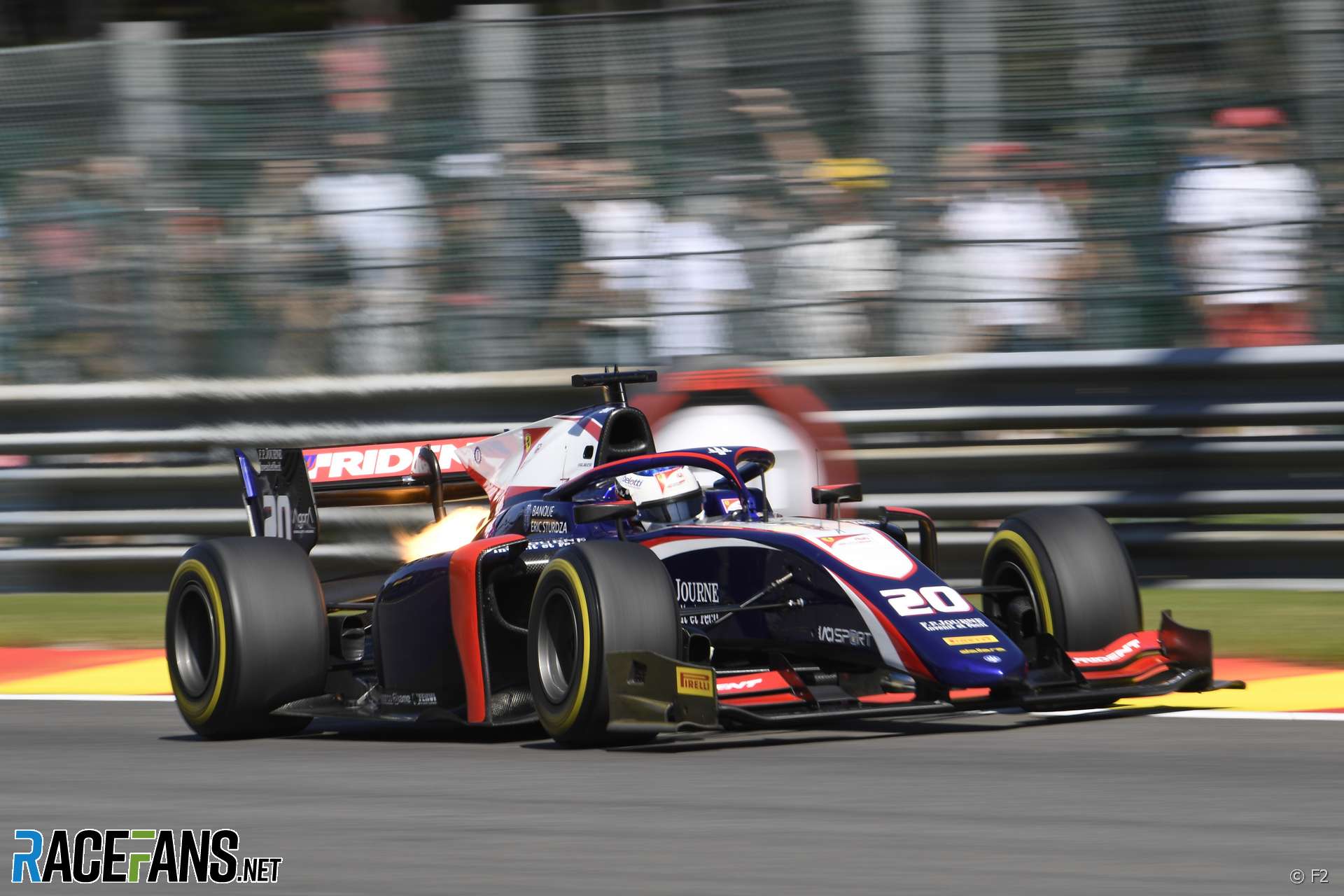 The crash which claimed the life of Formula 2 racer Anthoine Hubert at Spa will result in three cars being absent from the grid when the championship resumes at Monza this weekend.

Trident has confirmed one of its cars has been seized by the authorities investigating the crash which occured on the second lap of Saturday’s sprint race.

“The Belgian authorities are investigating, and that led to the temporary seizure of some cars,” said the team in a statement.

“At Monza, the banner of Team Trident will be held by Ferrari Driver Academy man Giuliano Alesi. The second car will not be available for the aforementioned cause, so reasons of force majeure will prevent Ralph Boschung from competing in the Italian round of the series.”

Alesi was involved in the crash which unfolded on the second lap of the race at Spa, but was not injured.

“I think it is important to get ourselves going on, seven days after the tragic events of Spa-Francorchamps where it was decided not to run both races,” said team manamer Giacomo Ricci. “Now, the protagonists of the series have had enough time to regain calmness and clarity so to restart their challenge, leaving this dark page in the history of the category behind.”

Arden is expected to run a single car for Tatiana Calderon. Sauber Junior Team has announced it will not replace Juan Manuel Correa, who was badly injured in the crash, and has been transferred to an intensive car unit at a hospital in the United Kingdom. Callum Ilott will drive their sole car.

The absences mean just 17 cars will take part in the weekend’s two races, the first of which will be Saturday’s feature race following the Formula 1 qualifying session.