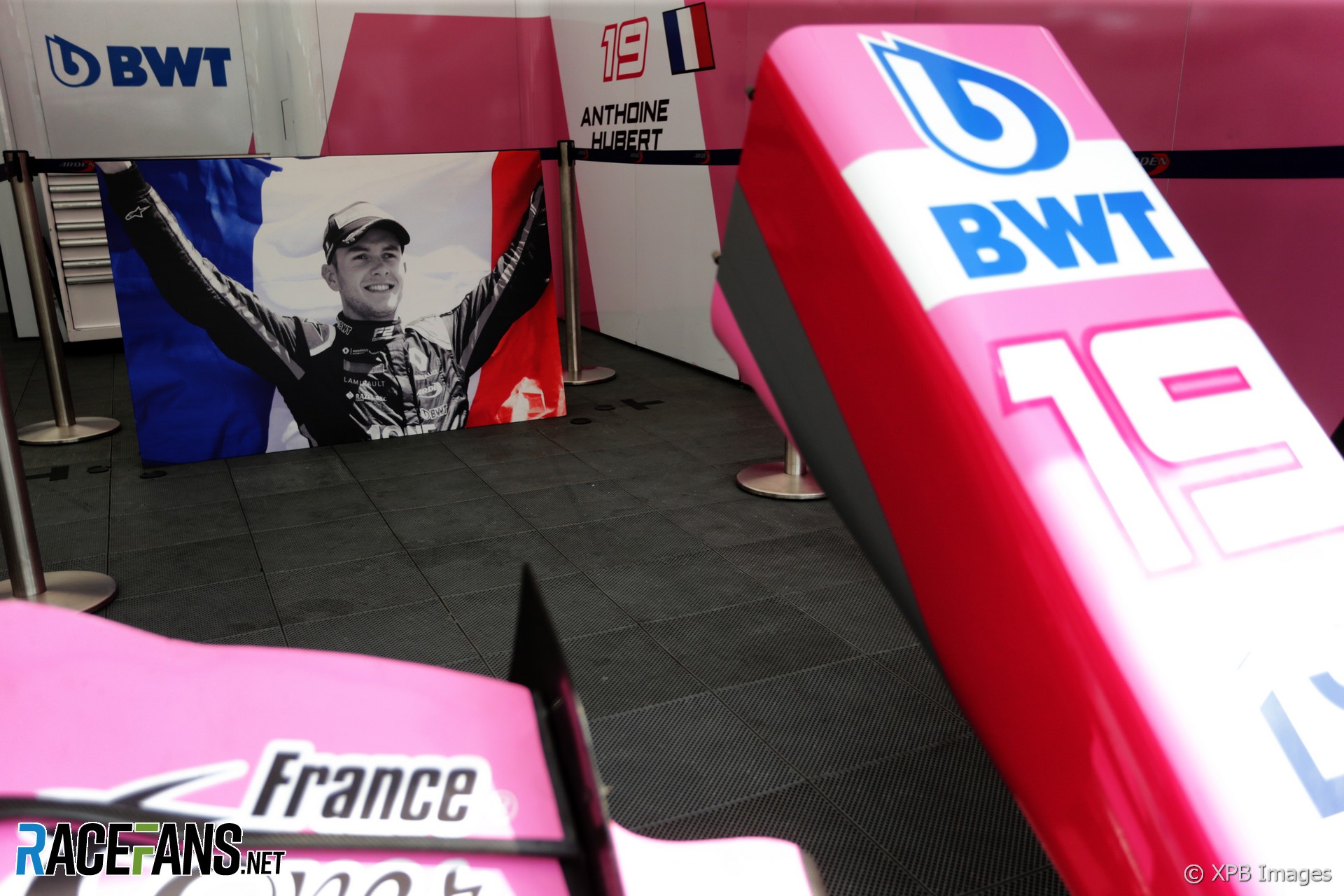 The FIA has begun an investigation into the crash. Valtteri Bottas said he trusts the FIA will identify any possible changes which could have improved Hubert’s chance of survival.

“I know they are working a lot on safety in all the areas for sure with the tracks,” said the Mercedes driver. “Every detail is being looked at even more carefully. They are working hard for it.”

But he said not every possible risk can be eliminated. “The thing is in this sport there is an element that will always create dangerous situations and that’s the speed,” said Bottas. “When cars go more than 300kph there’s certain things you can do to minimise the damage and some things you really can’t.

“But I know for sure the FIA is pushing hard on that. We all drivers respect it a lot and we know we are in the safest hands that is possible at this time and for sure there’s still improvements to be done and found as these things shouldn’t happen.”

Daniel Ricciardo also said there are limits to how much safer motorsport can become.

“I haven’t looked into the accident itself: The barriers, how it was shaped, how the car came back,” he said. “So I don’t know, I’m sure there’s still things to improve on the cars but I also think the impact was so big I don’t know at the time what could have helped.

“Even if we make everything safe, still, travelling at these speeds, we’re not in a magic bubble so at some point we’re still going to put ourselves in some form of danger.”

Ricciardo admitted on Sunday he had doubts about taking part in the race following Hubert’s crash.

“For sure Saturday night I was also questioning morally what was correct, if we should race and if that is actually the right thing to do,” he said.

“Also I just went through scenarios that if I did get in the car and feel like it wasn’t right or feel a form of fear than I said it’s probably not worth doing the race with that kind of state of mind. I went through a lot of ‘what ifs’.

“When I went into the car on Sunday it didn’t feel that nice in terms of I wasn’t sure if I still wanted to be out there racing. But then once we actually got going and I did my laps to the grid and went through Eau Rouge and all that, it all actually felt OK. I established it was a sadness, not a fear. If it was a fear, I wouldn’t be racing.”

Kevin Magnussen admitted he was affected by the tragedy in the build-up to the race.

“It was very emotional,” said the Haas driver. “You’re thinking things that normally you don’t think right before a race.

“When you see Anthoine’s family there with his helmet and all that, terrible. It’s not at all what you want to be thinking. Just terrible, I hope I never have to experience it again.”

Hubert’s Arden team have set out his Formula 2 garage as a tribute to the late driver at Monza this weekend (pictured).