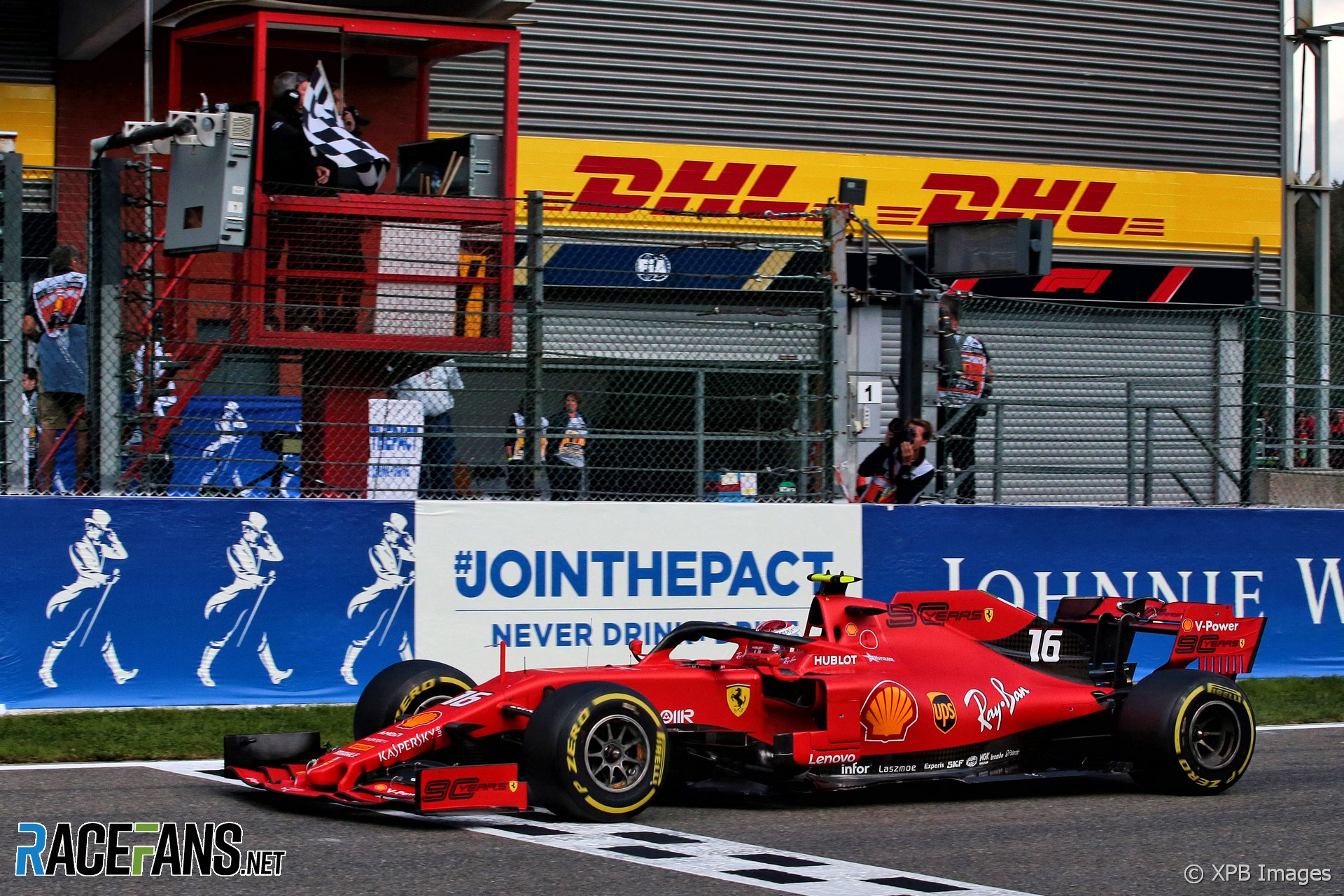 Charles Leclerc stamped his authority on the Belgian Grand Prix weekend from the word go. He dominated qualifying, edged clear at the start of the race, and kept his cool when Lewis Hamilton bore down on him. Aside from a brief off-track moment at Les Combes, which cost him little, this was a flawless performance which made his overdue first grand prix win a fully deserved one.

McLaren weren’t as competitive as usual in qualifying. But Lando Norris made a superb start – previously one of his weaknesses – and dodged the first-lap incidents to emerge in fifth place. He held it until almost the end of the race, when a power unit failure robbed him of what would have been his highest F1 finish yet.

Benchmarking Red Bull’s new driver against his team mate in qualifying was rendered impossible by power unit penalties. But in the race he did exactly what his predecessor too often failed to – made the decisive moves which brought the car home in the position it deserved in spite of his compromised qualifying performance. His gutsy passes on Daniel Ricaciardo and Sergio Perez were highlights of the race.

Not among the worst performances we’ve seen this year, but simply the least good on a weekend when few drivers were conspicuously poor. Still he was decisively out-paced by Perez, and wrecked Daniel Ricciardo’s race with a careless move at the start, one which he was fortunate to escape a penalty for.

Hamilton was a tad scruffy and a little unlucky in his pursuit of Leclerc, but he dispensed with Sebastian Vettel about as well as he could have. Valtteri Bottas’s title hopes continued to fade. The circumstances of qualifying exaggerated the gap between Vettel and Leclerc, but the real puzzle was why Vettel didn’t have his usual race day edge on tyre performance.

Several drivers had hard luck stories. Max Verstappen had every right to be at the inside of La Source at the start, when Kimi Raikkonen turn in on him. Ricciardo’s race was ruined by Stroll at the same time, after the Renault driver had almost out-qualified Verstappen. Robert Kubica and Antonio Giovinazzi suffered engine failures in qualifying, though the latter threw away his chance of points with a late crash.

Among the points scorers, Perez took a good haul for Racing Point and both Toro Rosso drivers added to the team’s tally as well. Daniil Kvyat had a particularly strong run to seventh, though it was partly thanks to the team telling Pierre Gasly to let him through (not something Gasly did so readily last year when his team mate was Brendon Hartley). The pair were split by Nico Hulkenberg, who was held up by the first-lap incidents, but almost made it back to where he’d started.

The weekend was largely a waste for the Williams pair, who simply couldn’t compete on the long straights, and Carlos Sainz Jnr, who was unlucky in qualifying and had an engine problem at the start of the race. The same went for the Haas drivers, who endured the frustration of slipping back from their top 10 starting positions as the team remains baffled by its race stint performance problems.