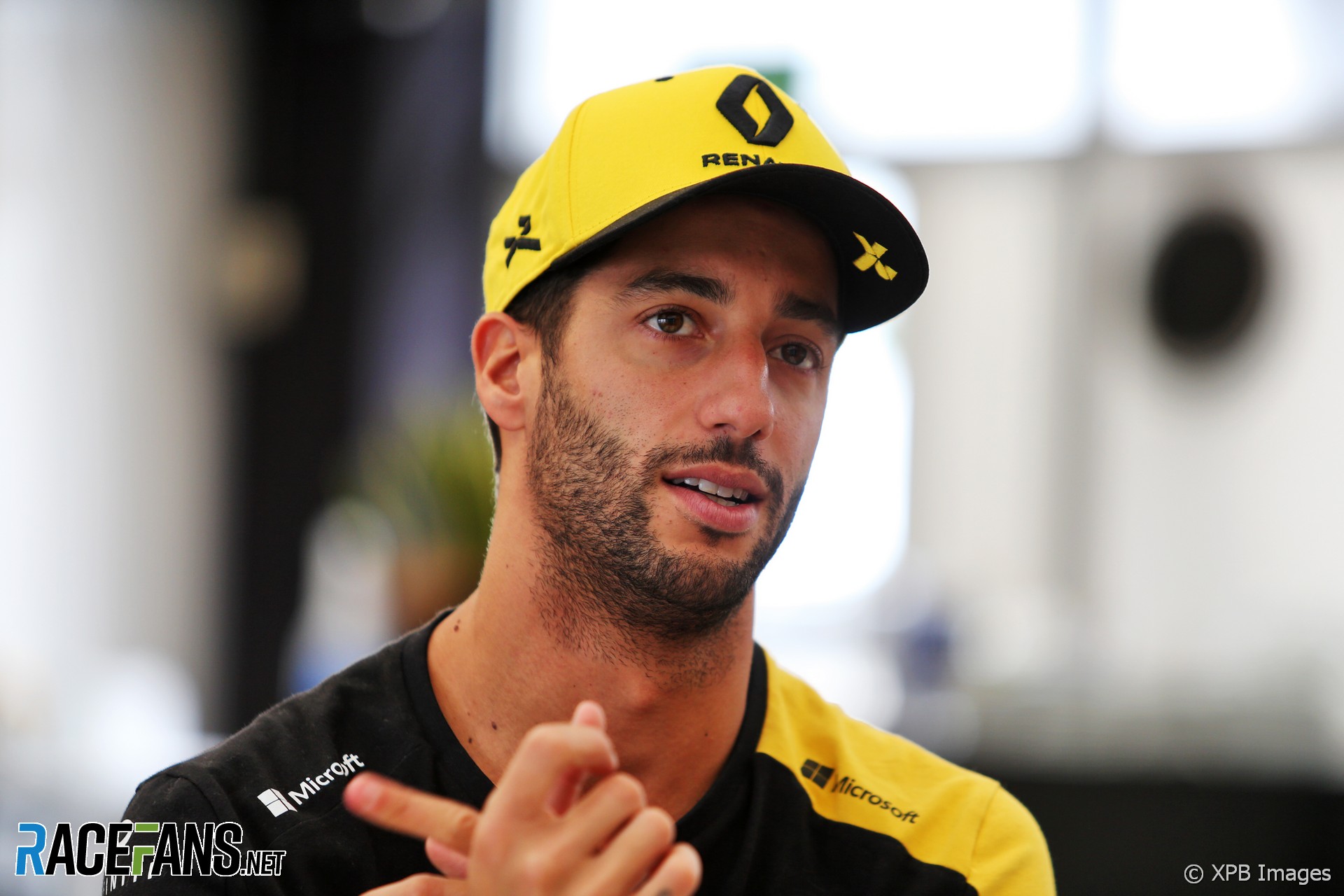 Following Anthoine Hubert’s fatal crash last week, Lewis Hamilton warned fans do not fully respect that “all these drivers put their life on the line when they hit the track”. Hamilton later said he made his remarks in response to fans who cheered when he crashed during practice at Spa.

Ricciardo said he understood why Hamilton had made the comments but also that it can be difficult for fans to appreciate the risks involved in racing.

“I heard Lewis’s comments were also related to when he crashed earlier that day. I think he said some people were cheering, obviously not Lewis fans, were happy that he obviously was out of the session. Whether you like someone or not it’s obviously not nice to cheer at someone’s downfall or mistake.

“But I think as well he obviously thinks the crowd assumes that [when] we crash, we’re OK, it happens and whatever. But it’s not like that.

“Every time you go on track there is a risk and every time you hit a wall, whether we’re OK or not, it still plays something on your mind if you crash. Every time you go back to that corner maybe there’s something psychological there. It does have an impact one way or another, physically or mentally. So I guess maybe that’s where he was coming from with that.

“I do agree with him but it’s also so hard because a fan, unless you race and put yourself in that position, can never experience what we do.”

“It’s just the nature of being a fan in a sport, you don’t compete in, it’s harder to really grasp or understand,” he added. “All we can ask for is if you’re a true fan and respect what we do, not only the skill but also the risk.”

Ricciardo said he’d never had the same experience as Hamilton. “I don’t wish that upon anyone,” he said. “I only knew it happened with Lewis because I read [it].”

“You don’t have to like every driver, but also to behave like that, you’d expect it probably from kids but not from adults,” he added. “If it was adults you just hope they would behave better I guess.”

32 comments on “Adults shouldn’t be cheering at crashes, says Ricciardo”