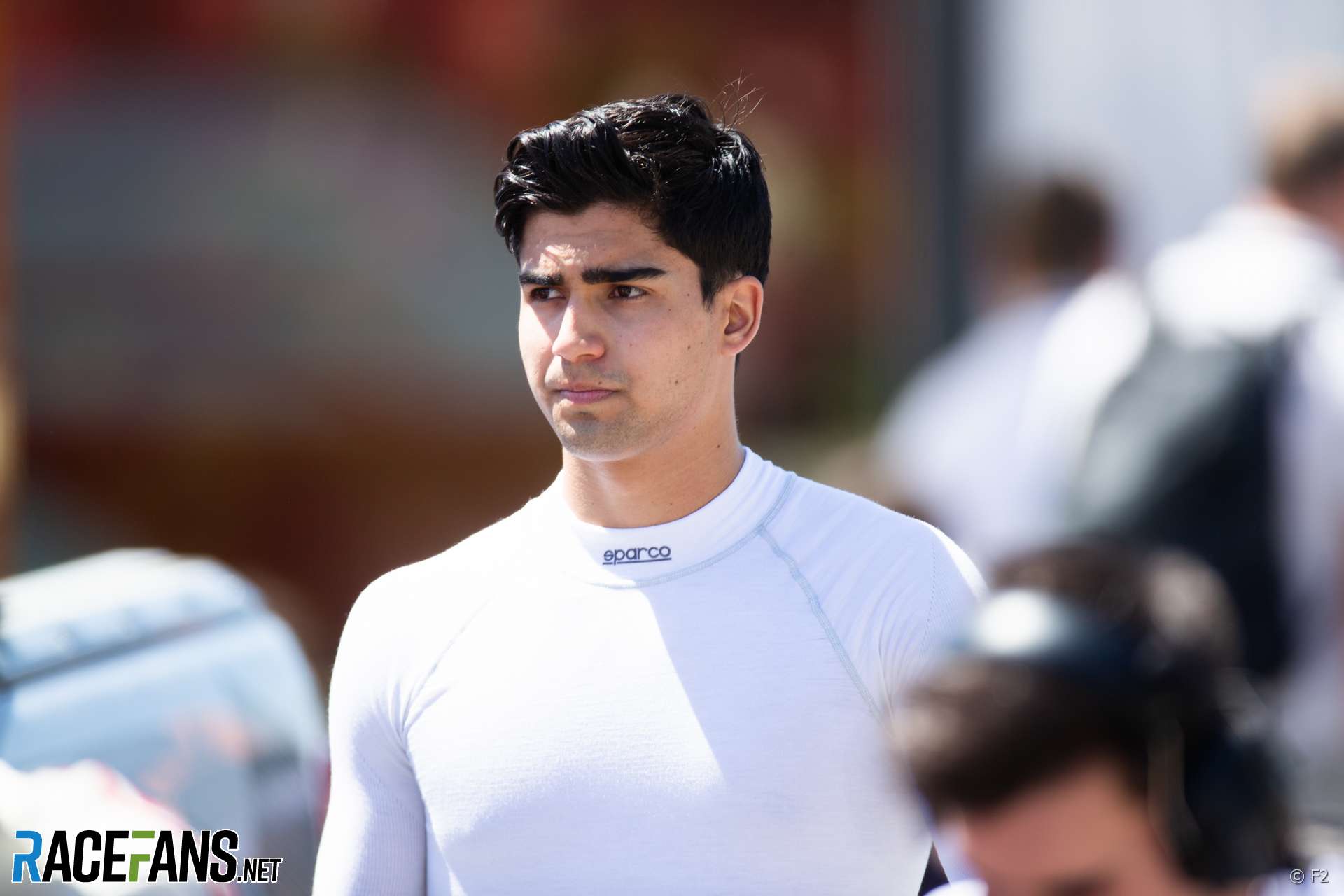 Juan Manuel Correa’s family say the driver has been taken out of the induced coma he was placed in after suffering serious injuries in a crash at Spa three weeks ago.

Correa suffered extensive trauma, including to his legs and lungs, after colliding with Anthoine Hubert, who was fatally injured.

An update issued by Correa’s family said: “As of today, Juan Manuel Correa has been removed from the ECMO [Extra Corporeal Membrane Oxygenation] machine, life support and taken out of induced coma.

“While this is great news and a major step in the right direction, he is still in a race against time.”

The 20-year-old is “conscious, but not fully yet awake” according to his family. “Doctors report that this will take a few days due to being in induced coma for more than two weeks.

“They have also stated that Juan Manuel is fragile and still vulnerable medically speaking and that he remains in the Intensive Care Unit. His condition has been upgraded from critical to serious.”

The team treating Correa at a hospital in the UK are preparing to work on the leg injuries he suffered in the high-speed crash at Raidillon.

“The medical priority for Juan Manuel now shifts from the lungs to the leg injuries that were sustained more than two weeks ago and have not been addressed since the initial emergency intervention the day of the incident,” said the family’s statement.

“Doctors are in a race against time to perform a pending major surgery in order to minimise risk of irreversible injuries to his right lower extremity but can’t proceed until lungs are ready to withstand a lengthy operation.

“Additional details will be provided on Juan Manuel’s condition when available.”

8 comments on “Correa out of induced coma and conscious, says family”