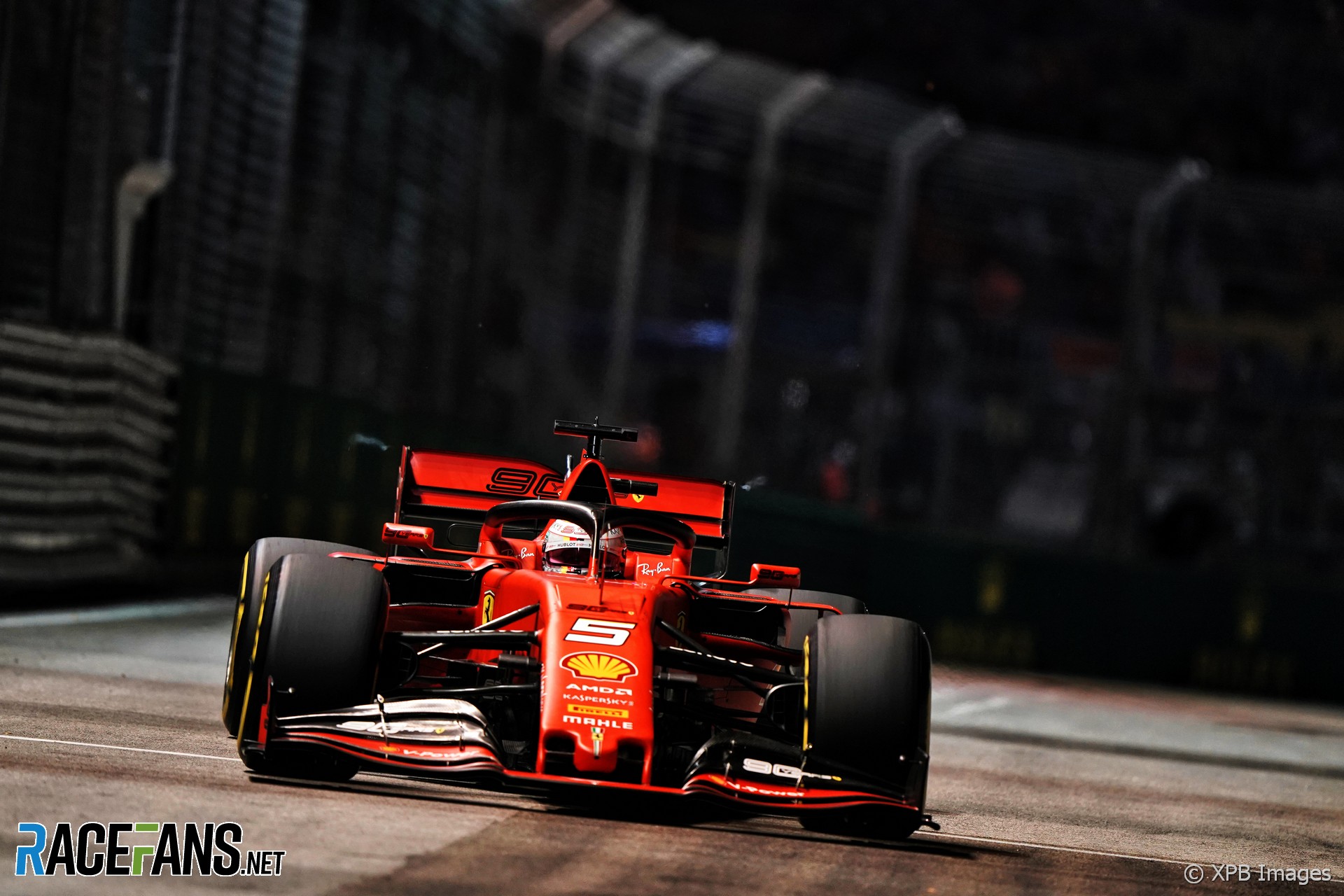 Ferrari expected their SF90 to struggle in Singapore but they lapped quicker in qualifying than they managed last year while Mercedes and Red Bull were slower.

Three weeks ago in Hungary, another high-downforce track, Ferrari were almost half a second off the pace in qualifying and a minute slower than their rivals over a race distance. But in Singapore they nearly swept the front row of the grid.

The team has brought an upgrade package for this weekend’s race including a new nose featuring a cape design emulating that seen on several of their rivals’ cars.

Mercedes and Red Bull were expected to lead the charge for pole position in Singapore. But both were in the region of four-tenths of a second slower than they were at this track 12 months ago.

Most teams lapped quicker than they did last year. From front to back, the field has closed up by around six tenths of a second compared to 12 months ago.

However this meant the quickest lap seen in Singapore last year wasn’t beaten by the 2018 cars: