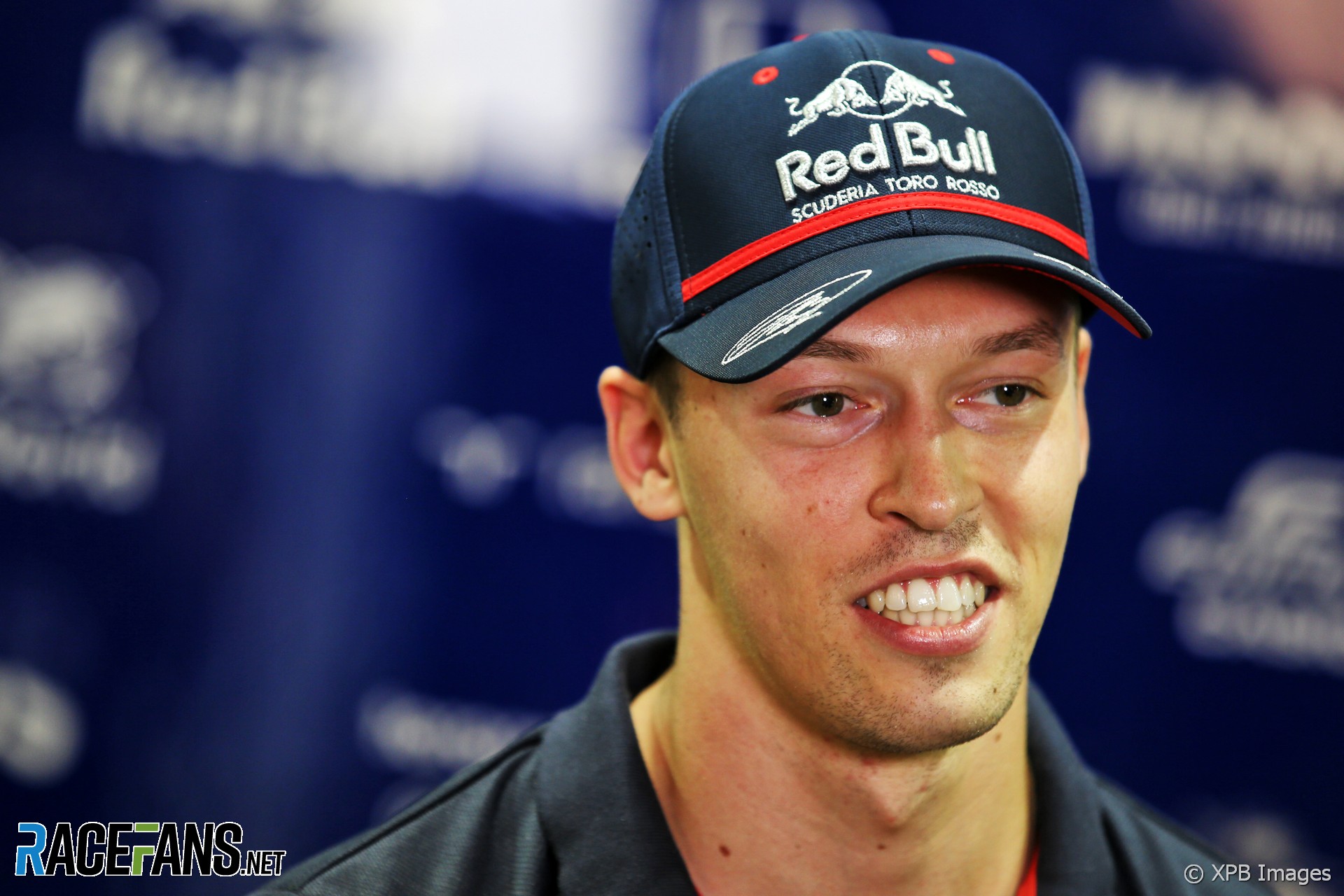 Daniil Kvyat will continue to drive for Toro Rosso in the 2020 F1 season, according to Red Bull’s motorsport consultant Helmut Marko.

While Red Bull is yet to confirm who will partner Max Verstappen at the team next year, Marko indicated it will come down to a choice between current occupant Alexander Albon and Pierre Gasly, whom Albon replaced two races ago.

“Kvyat is confirmed for next year already [at Toro Rosso], at least internally it’s clear,” Marko told Sky. “Then it’s between Gasly and Albon.”

Marko indicated the team will decide how to proceed with its 2020 driver line-up following the Mexican Grand Prix at the end of next month.

Kvyat joined Toro Rosso in 2014. After being promoted to Red Bull the following year he returned to the team five races into 2016. He was then dropped by Toro Rosso late in 2017, only to return again at the beginning of this season.

He has started 63 races for Toro Rosso, more than any other driver in the team’s history. His third-place finish for the team in this year’s German Grand Prix was only the second time in Toro Rosso’s 14-year history that one of its cars has reached the podium.