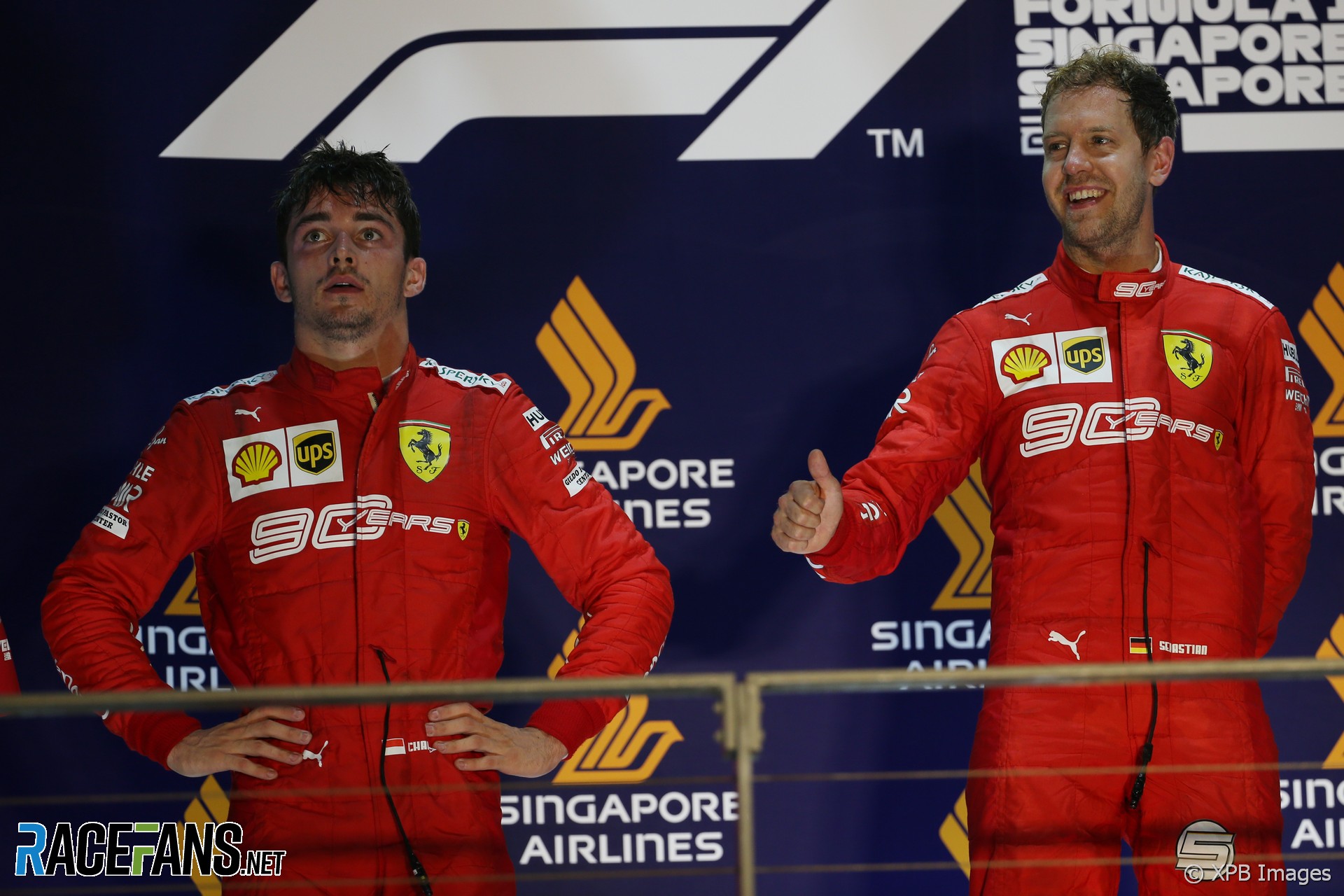 Charles Leclerc says he wants Ferrari to explain why their strategy resulted in his team mate Sebastian Vettel taking victory from him in Singapore.

Vettel was the first of the two Ferrari drivers to pit which gave him the advantage of being first to run on fresher tyres. That meant when Leclerc pitted he came out behind his team mate.

Teams ordinarily give their leading driver the preference on strategy. Leclerc says he wants to know why this wasn’t the case in Singapore.

“I still need some explanations just to understand fully why this decision was taken,” he said. “Of course it’s always frustrating in the car because you only see your situation and then you don’t see everything else.”

Leclerc said the team did not discuss the possibility of giving Vettel the first pit stop in their strategy meeting before the race.

“But it is impossible to go through all the possibilities in a race. All of them are unique.”

During the race Leclerc made several remarks about the team’s strategy on the radio, which he said was “not fair”. However Leclerc said he didn’t ask Ferrari to tell Vettel to let him past, as they did in similar circumstances in Hungary three races ago.

“That wasn’t discussed on the radio,” said Leclerc. “I just waited for the decision of the team whether they thought it was the thing to do or not.

Leclerc believes there was little more he could have done under the circumstances to win the race, but said he will keep a closer eye on the team’s strategy in future.

“I don’t think I could have done much things better or differently,” he said. “The only thing is probably I will ask a bit more about the strategy around me and who is pitting and who is not because I was not aware so I don’t know if I should have pushed a bit earlier during my first stint. We have plenty of data anyway and I will analyse it.”