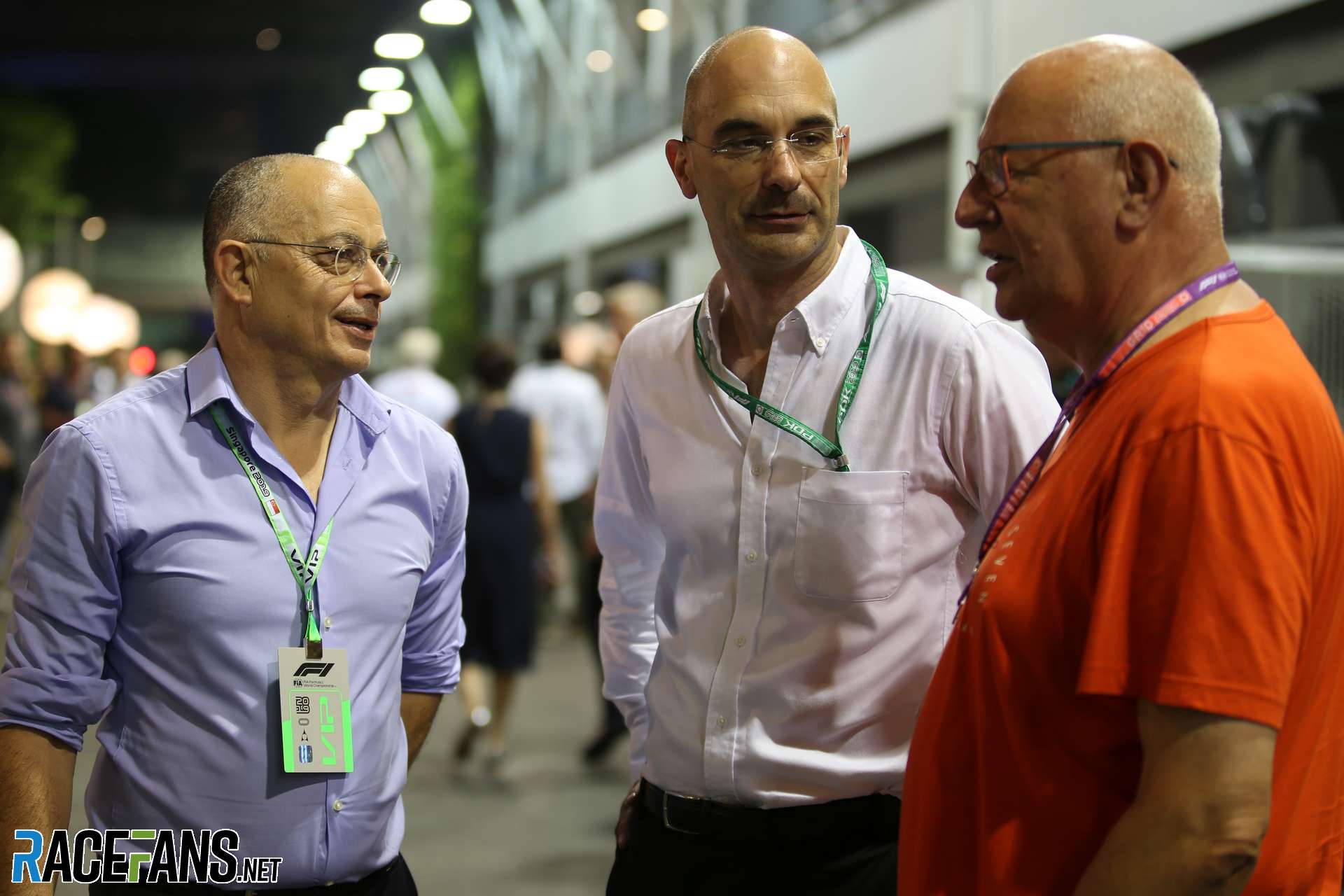 In a packed day in Singapore, @DieterRencken talks to the bosses of F1’s newest race, the potential new team on the grid for 2021 – and FIA president Jean Todt.

Permit myself a lie-in; still it’s 5am in grand prix terms given that everything is time-shifted by six hours.

After a stop-off at the SunTec Centre, a large mall adjacent to the circuit, I hit an upmarket burger joint for lunch. It’s only when I tuck in that I recall I’ve been invited to a burger party by Racing Point after the day’s proceedings. But that’s ‘tomorrow’…

I speak at length to Ms Chi, CEO of the Vietnam Grand Prix, the new addition to the 2020 F1 calendar. I believe it’s the first time she’s spoken to a motorsport media outlet.

I’m seriously impressed with her full grasp of an activity that until recently was off her professional radar. Proceedings seem to be progressing well, and I’m seriously looking forward to Vietnam’s inaugural race on 5th April next year.

Next I join a select media group in FIA president Jean Todt’s office. The main topic of discussion is progress on F1’s 2021 package and future calendars. The subject of safety inevitably comes up again after the tragic events in Spa three weeks ago – regular readers will recall Todt gave his views on the subject to us at Monza. 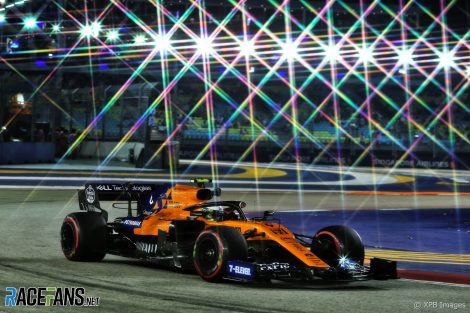 Bump into Jonathan Neale, McLaren Group CEO – as such responsible for the group’s inner workings – and he outlines progress made with the merger and streamlining of various companies and divisions that had operated under a single brand name, but with different shareholder structures.

He’s extremely bullish about McLaren’s future. There are good signs for the team on the track as well, as both orange cars make it through to Q3 again.

Receive call to meet with David Tsurusaki, Exxon Mobil’s global motorsport technology manager, to discuss plans to increase the ‘bio’ content of F1’s 2021 fuel to 10 per cent, doubling it for 2023.

He also outlines the strategy behind the company’s partnership with Porsche in Formula E, pointing out that all vehicles require oils and greases regardless of energy source, and that efficiency is crucial in e-vehicles due to range restrictions. Also, battery cooling is via oil-based liquids.

No sooner done with David, than I sit with Benjamin Durand, team principal of the Panthera Asia F1 Team, panning to enter F1 as revealed here in August. Again, it’s the first interview he’s granted, and as he and partner Michel Orts explain their plans it’s clear that they’re under no illusions about the challenges ahead, which include persuading the FIA and Liberty that they’re credible. 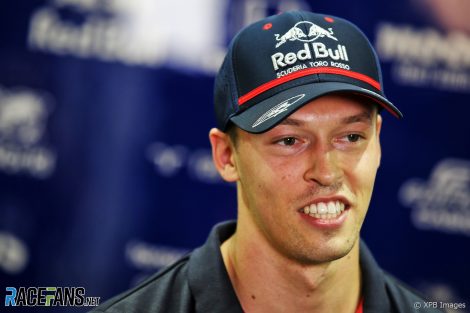 Prepare for post-qualifying interviews, and I draw Toro Rosso twins Pierre Gasly (in a pumping mood) and Daniil Kvyat (opposite), the Red Bull pair and McLaren’s Meet The Team, which features both drivers Carlos Sainz and Lando Norris, plus team boss Andreas Seidl and technical honcho James Key – making it a four-in-one.

A theme of all sessions is chatter about changes to the race weekend format from next year, and it’s clear there is much misunderstanding about. While many drivers have been asked for their thoughts on ‘reverse grid races’, no decision has been taken about exactly what format will be introduced, how it will work, or which races it will be tried at. There is a proposal to test a new format at two or three races, potentially one each in Asia, North America and Europe.

As covered here previously, the lurid claims made elsewhere that qualifying races will definitely be part of the 2020 F1 season are wide of the mark, at least for the time being.

Head out the paddock while chatting to a technical director (and readers of this diary) – and thus my suggestion that F1 scrap carbon brakes – and he informs me plans are afoot to introduce carbon ceramic brakes systems, similar to those on high-performance road cars.

He tells me Brembo is currently developing such systems, but that the current challenges are increased weight – and thus higher rotational speeds – and pad wear rates. “But such issues can be overcome,” he says.

Then I cab it to the Burger Joint, taken over by Racing Point for the (early) morning for our dinner party. A great concept, and fun is had by all – particularly as we often struggle to find open restaurants at such hours. Thanks to the team: my jalapeno cheese (double) with onion rings was the best burger I’ve had all day…

Depart for hotel, after difficulties finding a cab at this hour: It’s shift change, and unless I’m heading in the drivers’ direction of travel, no ride. Eventually one agrees, but what was supposed to be a 10-minute journey takes thrice that.

Still, I’m in bed by 4:30am, having packed ahead of Sunday midday check-out and a (very) late flight out of Singapore after the 8:10pm race.