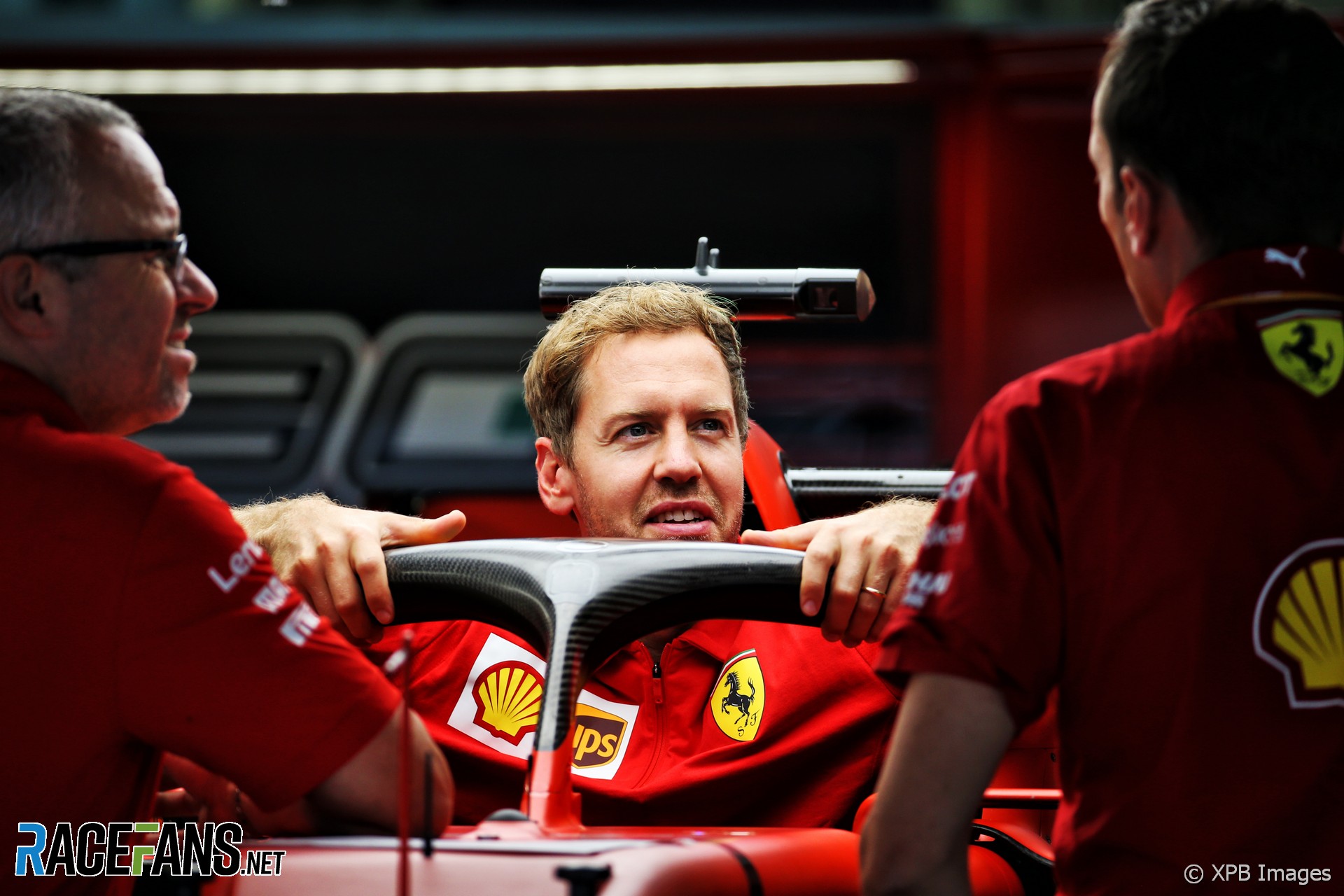 Sebastian Vettel says he understands his Charles Leclerc’s disappointed radio messages after Ferrari’s strategy during the Singapore Grand Prix cost his team mate the lead of the race.

Leclerc asked the team “is it the plan that it stays like this” after rejoining the track and discovering his team mate had already pitted and therefore jumped ahead of him.

Later in the race Leclerc told the team: “I don’t understand at all the undercut.” Vettel said his team mate’s radio reaction was “normal” under the circumstances.

“I don’t think that you should interpret too much into these messages because we are driving, when we’re opening the radio – and I think if you would do the same exercise with any football player, or even a golfer you’d be surprised – there’s no point you know trying to understand the reason behind everything that people say when they are in the moment.

“So I think it’s pretty normal. Obviously he wanted to win. He was upset when he realised he was behind, which I think if it was the other way round I would probably been likely up equally as upset.

“It’s part of the emotions that run through you when you are racing. If they weren’t then it would mean that you don’t care and I don’t think that there’s many drivers who don’t care.”

Vettel said he sympathised with the team’s attempt to treat both drivers fairly under the circumstances.

“I have sympathy for being fair, yes,” he said. “So I think you know we race for Ferrari I think Ferrari is the biggest team out there. I said it also on the radio after the race that Ferrari is bigger than myself, bigger than us. Even Michael [Schumacher] isn’t bigger than Ferrari, if you see what I mean. And he’s very big.

“So that’s the priority. But I think fairness is something else that I rate generally very high.”

He also revealed why his celebrations after the race did not seem as joyful as they have in the past.

“Initially I forget to switch on the radio,” said Vettel. “Then I realised. Then I opened the radio a bit later and I think I did most of it in Italian.”