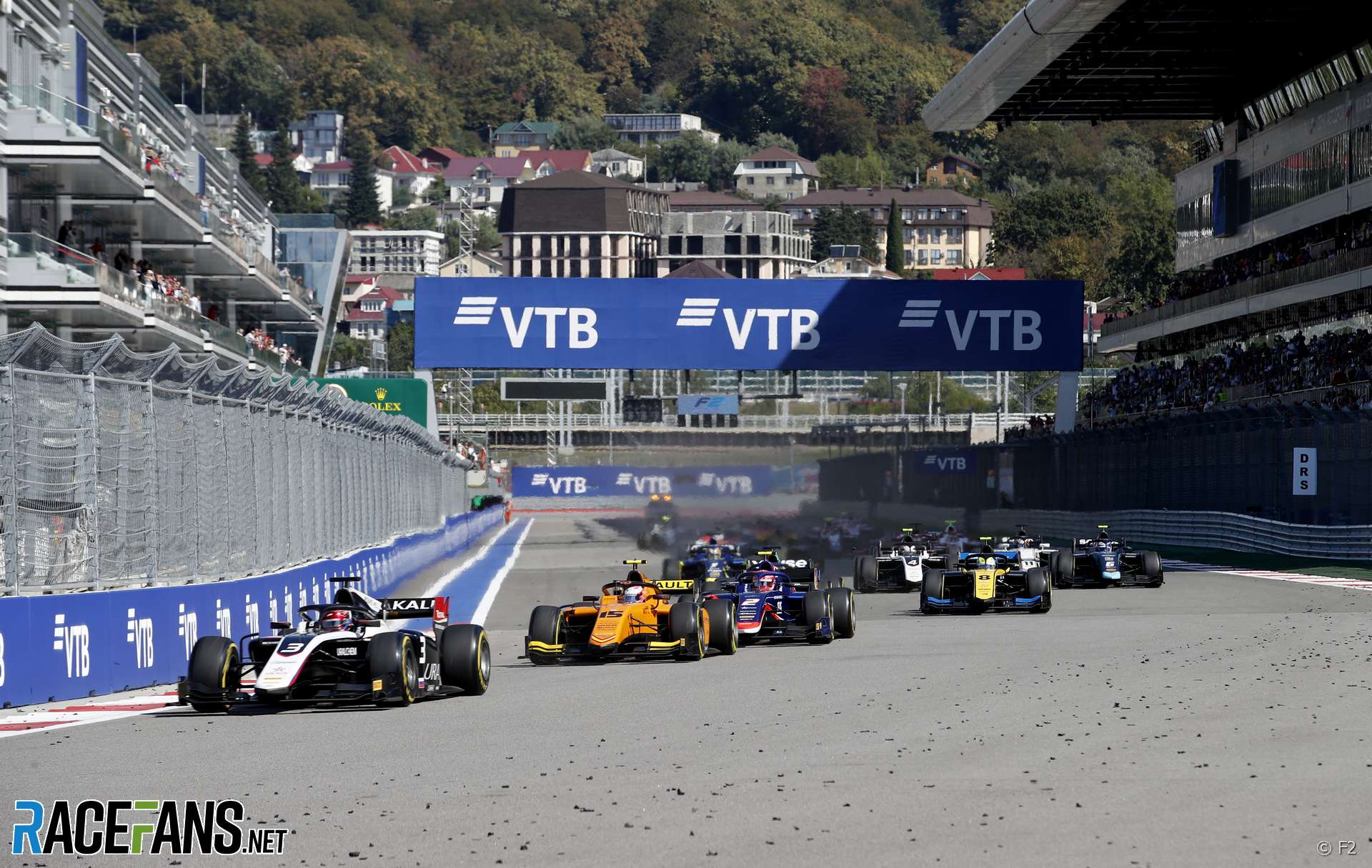 The stewards delivered a stinging verdict on Nikita Mazepin’s driving as they gave him four penalty points and a 15-place grid penalty for causing today’s F2 crash.

The ART driver has been given a 15-place grid drop for the next round of the championship, in Abu Dhabi.

Mazepin collided with Jack Aitken in the run-off area after both went wide at turn two on the first lap. The impact sent Mazepin’s car into the side of Nobuharu Matsushita, who then had a heavy impact with the barrier.

Both drivers were taken to hospital, though neither has any serious injuries. As a result Mazepin was unable to attend the hearing.

After speaking to Aitken and examining footage of the incident, the stewards held Mazepin responsible for the collision.

“Having considered the matter extensively, the stewards determined that car one [Louis Deletraz] arrived at the entrance of turn two at an excessively high rate of speed and unable to negotiate the corner on the track. Car three [Mazepin] then forced car 15 [Aitken] off the track.

“After both cars left the track, car 15 successfully negotiated the Styrofoam blocks in the runoff area, as directed by the race director’s notes. Car three did not follow that same directed path, thereby short cutting the runoff area, resulting in a collision with first car 15 and then car two [Matsushita], resulting in car two’s retirement and causing a red flag in the race.

“Car three is judged wholly at fault for the incident.”

In addition to his penalty, Mazepin was given four penalty points on his licence, putting him on a total of five.

“Because, in the opinion of the stewards, the driver of car three caused this incident by a total lack of due care for his fellow drivers and caused a bad incident that could have been much worse, the unusually large number of grid positions in the penalty and the large number of penalty points are assessed,” the stewards added.

In another incident Mahaveer Raghunathan, who has already served a one-event ban this year, was given another penalty point for failing to rejoin the track correctly at turn two. He is now on nine penalty points, three away from earning a second ban.