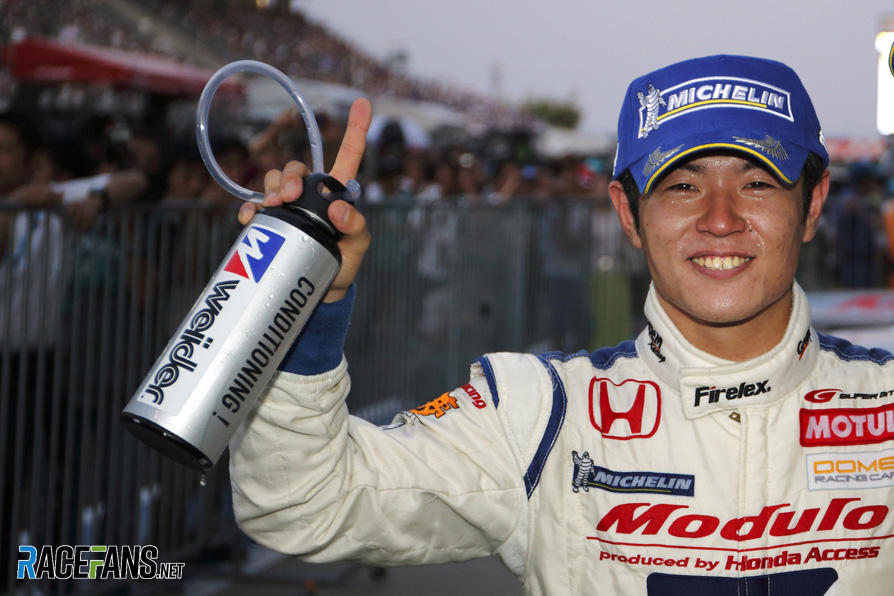 The 31-year-old will replace Pierre Gasly in the first practice session at Suzuka.

Yamamoto has had a highly successful career in his home country. He won the 2013 Super Formula title in a points tie with Andre Lotterer and beat Nick Cassidy to the title again last year by a single point.

He also shared championship honours in the Super GT series with team mate Jenson Button. The 2009 world champion lavished praise on Yamamoto, saying he deserved a change to race in F1.

Yamamoto’s chance has come about through Honda, who powered him to his Super Formula and GT successes.

“We are pleased that Japanese fans will now get the opportunity to see Yamamoto, a Honda supported Japanese driver at the wheel of a current F1 car at our own Suzuka circuit, as part of the Japanese Grand Prix weekend,” said Honda’s chief officer for brand and communications Katsuhide Moriyama.

“I would like to thank Toro Rosso and Red Bull for giving Yamamoto this great opportunity. We hope Naoki makes the most of this opportunity, that he learns from it and that it helps him as a racing driver. We also hope that seeing Yamamoto on track, will serve as an inspiration to young Japanese drivers, so that in the near future, we can once again have Japanese drivers competing in Formula 1.”

Yamamoto thanked Honda and its two F1 teams for the support they have given him.

“I have prepared as well as possible for this, spending time as part of the Toro Rosso team at several Grand Prix weekends and I have also worked in the Red Bull simulator,” he said. “My main aim in FP1 will be to do a good job for the team, gathering data and information which will be useful for them over the weekend.

“On a personal note, I want to enjoy the experience of driving an F1 car as much as possible and I will be trying my very best to get the most out of it. It will be a special moment and I’m glad I will get to share it with the fans at this amazing race track, where I first watched Formula 1 cars in action 27 years ago.”