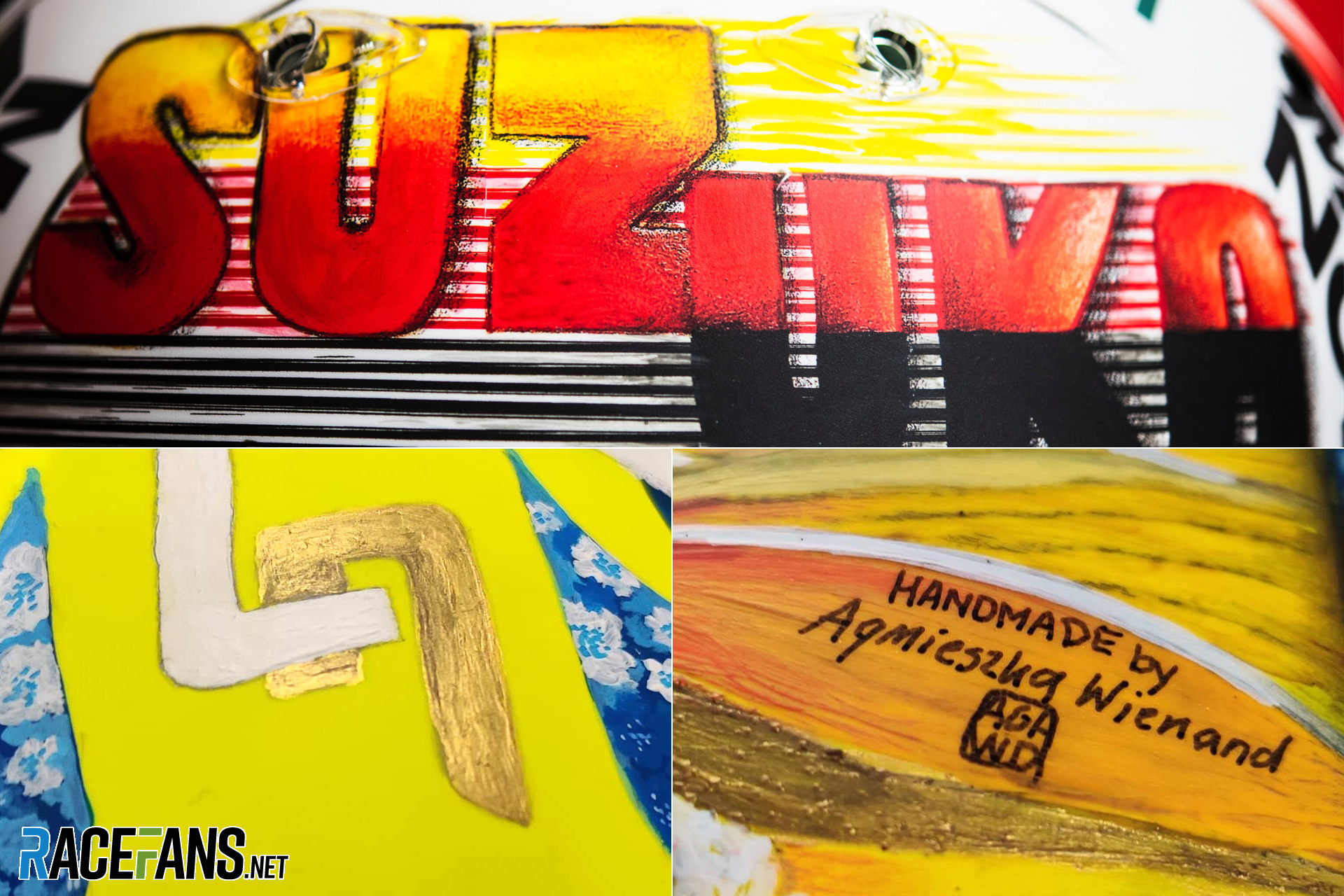 Norris, who is driving at Suzuka for the first time, has adapted his usual design with a hand-painted look by Agnieszka Wienand, who created the artwork Vettel used on his helmet at the Japanese Grand Prix last year. It incorporates images of clouds, mountains, flowers and a rising sun.

Vettel’s helmet for this weekend includes the word ‘Suzuka’ in bold letters, but painted in the colours of the German flag, keeping a visual similarity to other helmets he has worn this year. Drivers are required to use a similar helmet design, with a single exception, throughout a season.

The Ferrari driver has won four times at Suzuka and describes it as his favourite circuit.

“It’s definitely one of the best tracks we race on,” said Vettel. “It’s my favourite track.

“It doesn’t look like a car park when you look at it. I think it’s has [retained] a lot of its character throughout the years. So I think it is a great track. Great corners, great corner combinations.”

Pierre Gasly has also revealed a special helmet design for this weekend’s race. The white and red design features tributes to Jules Bianchi, who died following a crash at this race five years ago, and Anthoine Hubert, who lost his life following a crash at Spa in August.

Another new helmet which will be seen in action this weekend belongs to Naoki Yamamoto, who will drive in an F1 practice session for the first time with Toro Rosso.

7 comments on “Vettel and Norris reveal special helmets for Suzuka”