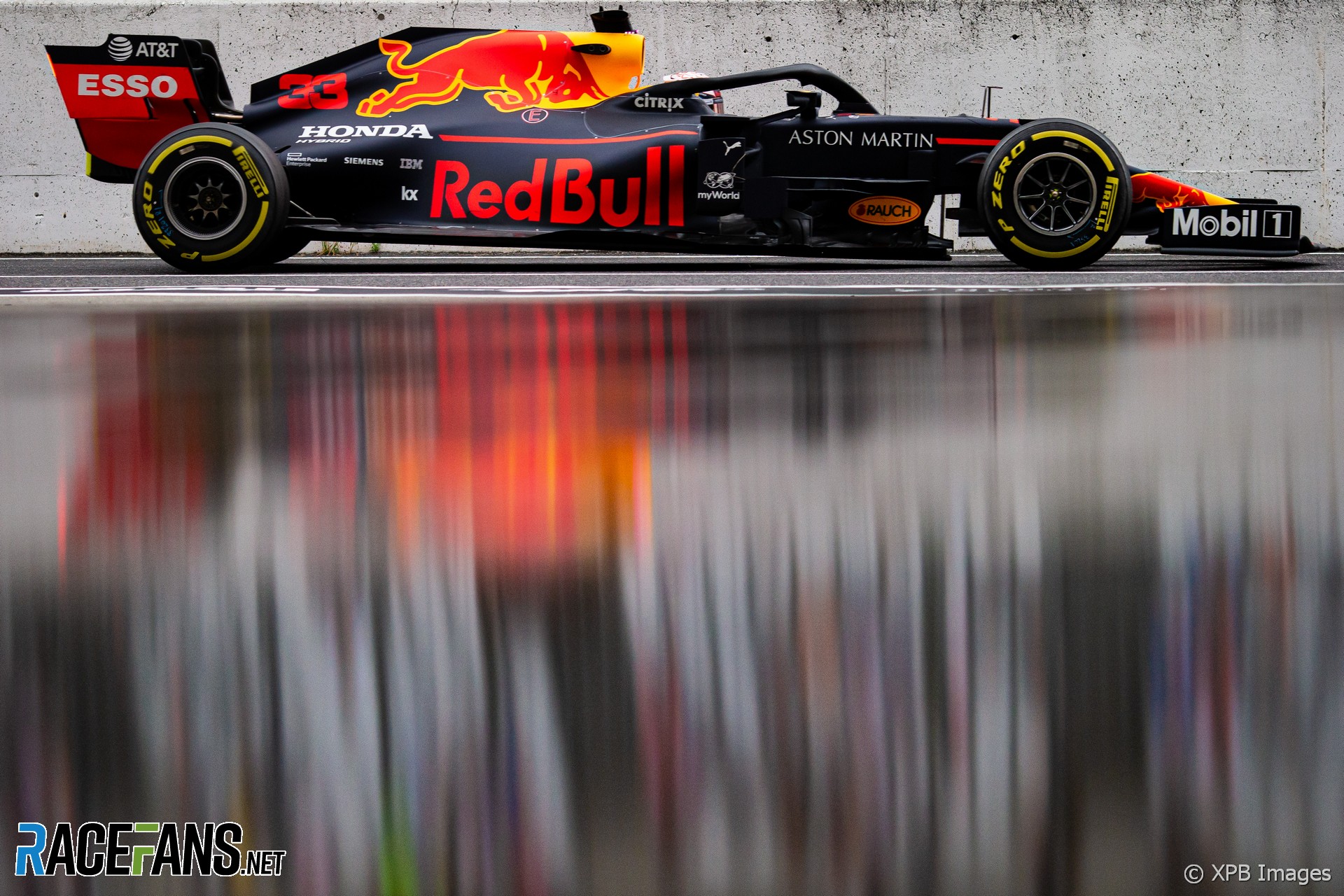 While Super Typhoon Hagibis has dominated the conversation around the Japanese Grand Prix weekend, there is a strong chance the weekend will be completed without anyone turning a lap on wet weather tyres.

Suzuka appears to have been spared the brunt of the storm which prompted the cancellation of final practice and postponement of qualifying to tomorrow. But the massive storm has caused huge disruption elsewhere, and hundreds of thousands of people have been told to evacuate in other parts of Japan.

F1 can therefore consider itself fortunate that forecasts indicate tomorrow’s packed schedule should be able to go ahead in dry conditions. Tomorrow’s ‘Super Sunday’ will include the rescheduled qualifying hour, at 10am in the morning, followed by the race at 2:10pm, by which time the sun may even have reappear at the circuit.

This is good news for teams which did not set competitive lap times in second practice, as that session will be determined to set the grid order if qualifying does not take place. As that now appears unlikely Renault can breathe a sigh of relief, as it means Daniel Ricciardo and Nico Hulkenberg are not necessarily confined to 17th and 18th places on the grid.

That practice session indicated the top three teams are fairly close but Mercedes’ aerodynamic upgrade may have just lifted them clear of Ferrari and Red Bull. Lewis Hamilton, who refers to this as one of his weaker tracks despite having won four of Suzuka’s last five races, was out-paced by Valtteri Bottas in both sessions.

However Hamilton had explanation for the difference between the pair of them. “Valtteri got a massive tow on his fastest lap,” said Hamilton, “he gained like half a second out the back straight.”

Suzuka’s twisty first two sectors are not where you want to be following another car closely. But the final sector is mostly flat-out. “It’s an interesting dynamic because you don’t want to be behind someone through the first part because you need clean air. But if you’re lucky and you get a slipstream later on then it’s perfect.” It’s therefore unlikely we’ll see drivers vying for a tow in qualifying, which caused so much trouble at Monza.

Assuming the storm hasn’t caused any damage at the circuit, the concern for the drivers tomorrow will be how the downpour has changed the available grip. Sebastian Vettel said the state of the surface “will be a big question mark on Sunday”. Expect to see the field hurrying out en masse at the start of a frantic Q1 session.

Qualifying and racing on the same day will bring additional challenges for the teams. Suzuka’s close confined make it easy to damage a car, and teams needing to repair damage after qualifying will have only around three hours to complete the job.

Disrupted practice sessions can often lead to surprises in the races. Will this help Ferrari or Red Bull take the fight to Mercedes?

Most teams were able to pre-empt Saturday’s inclement weather by doing more running in first and second practice. But tyre performance in the race will remain a significant question mark due to the expected change in grip levels. This could be a particular concern for Ferrari, as their long-run pace didn’t look as strong as Mercedes’ on Friday.

However Max Verstappen set an encouraging pace on Friday in a car equipped with an upgraded Honda engine and new fuel formula designed to allow drivers to extract maximum power more often. It could be one of the home-powered cars which emerge as the closest challenger to Mercedes.

17 comments on “Can anyone stop Mercedes on Suzuka’s ‘Super Sunday’?”